Richard Murphy, who is one of the true experts in this field, takes a closer look at the G7 “tax deal”. 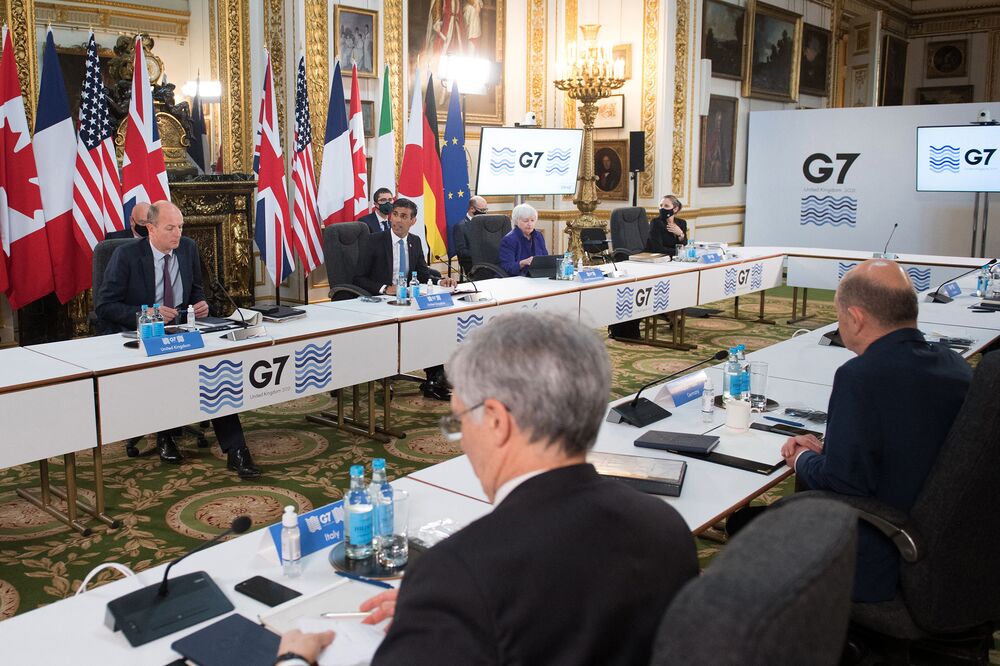 What are the questions that the weekend agreement on a potential new global deal gives rise to for civil societyand what are the potential solutions?

We strongly support the efforts underway through the G20/OECD Inclusive Framework to address the tax challenges arising from globalisation and the digitalisation of the economy and to adopt a global minimum tax. We commit to reaching an equitable solution on the allocation of taxing rights, with market countries awarded taxing rights on at least 20% of profit exceeding a 10% margin for the largest and most profitable multinational enterprises. We will provide for appropriate coordination between the application of the new international tax rules and the removal of all Digital Services Taxes, and other relevant similar measures, on all companies. We also commit to a global minimum tax of at least 15% on a country by country basis. We agree on the importance of progressing agreement in parallel on both Pillars and look forward to reaching an agreement at the July meeting of G20 Finance Ministers and Central Bank Governors.

This note refers to that announcement, about which little else is as yet known.

The deal has two parts:

The deal is welcome. There are reservations, but overall this is a step forward. Nothing in this note changes that.

There are many such issues.  These include:

We need to be wary that there may be some entities that may split, or become loose contractual arrangements, to avoid these arrangements. There may be others that might be created to combine high and low margin business streams for the same purpose. This may not be a big risk, but it needs to be thought about in the definition of what is a group for these purposes to make sure all appropriate companies are taxed. It might be appropriate as a result to consider that some group entities might need to be split into segments to achieve correct outcomes and others might need to be combined. A general anti-avoidance principle to address this might be required.

b.   What profit is to be taken into account?

Most people would presume that this will be measured by the income statement (or profit and loss account) of a group. But multinational companies actually record income and expenditure in three statements:

(Note: all these names vary slightly from company to company)

There is a very strong likelihood that profit margins in the income statement will be suppressed and those in other statements increases if that would avoid a group being caught by this arrangement. The risk of gaming here is very high indeed. Rules to tackle this will be required. A comprehensive tax statement may be required (see solutions).

This is an exceptionally difficult question to answer. Figures included in accounts include current tax (due within twelve months) and deferred tax, which is an accounting entry for taxes that might at least theoretically be due at some time in the future, without any indication being given as to when or with what probability. Only current tax can count towards tax paid. Deferred tax is never paid as such. It has always to become current tax first. In that case only current tax can be included in the calculation.

However, current rate in accounts is also only an accounting estimate, often prepared at the last moment as accounts are being finalised. It is a notoriously unreliable figure.

Current tax is also frequently adjusted downwards in the years following its initial estimation. It is very rarely revised upwards, based on my research. As such it too is not a good basis for estimation of tax paid.

Worse, because tax charges can be included elsewhere in the accounts (statements of comprehensive income and changes in equity) the actual tax paid in a year may not in any way relate to the figure for current tax in the income statement.

This then means that these questions need to be answered:

All these are questions needing answering. Others will arise.

What is clear is that cash paid does not make matters easier: there is always misalignment between profit earned and tax paid and the sheer range of possibilities for recording tax paid in accounts makes this harder to appraise. Actual payment is not, then, a solution when it comes to this issue, not least because it too could also be gamed.

e.   Can effective tax rate really be estimated for a group or should it be by business line?

A retailer that runs a bank (and it is not uncommon) has two very different business models. One is high margin, usually at well over 10%. The other is low margin, usually well under 10%. Is it realistic to treat the group as having one effective tax rate for these purposes, or two? The incentive to merge different business activities will be high if merged rates are permitted. This needs to be considered.

When calculating tax rates for a jurisdiction are headline or actual rates to be considered? Since headline rates can be profoundly misleading (e.g. as they are in the case of Luxembourg) then actual rates must surely be used.

If actual rates are to be used are these by entity incorporated in the jurisdiction or by those resident, or by those making sales within it? Tax residency would seem to make sense in this case as it is residency that is being abused by those using tax havens.

Is the rate to then be considered by company or by consolidated jurisdiction result? Logically it is the latter, but at present OECD rules require aggregation by jurisdiction, not consolidation. Aggregation would be easy to manipulate if used as a basis for this calculation and so would be unwise to use, but will OECD country-by-country rules be amended to allow for this? That will be very important.

And, what happens if there is a local audit in a low tax jurisdiction and rates paid change after an assessment on the same income in another jurisdiction. Is a subsequent change then made? If so, how, and where, and when?

What, anyway, is the timescale for these assessments?

And what if a company refuses to produce adequate country-by-country reporting data? Fines in the UK for not doing so are currently exceptionally low. What will need to be changed to address this?

a.   A general anti-avoidance principle

As noted above, will a general anti-avoidance principle be required to address corporate gaming to avoid these tax charges? The possibility has to be considered.

b.   A tax accounting standard

Does this new plan require a new accounting standard for tax? Such a standard would require a company to:

Only with this data is there any chance that these tax charges might be fairly stated.

It is my suggestion that civil society needs to think about the issues I have noted, consider what responses it wants to make and how it might want to campaign on these issues.

Long term campaign asks, such as those on country-by-country reporting, obviously overlap with these objectives, but whole new areas of work are opening up, and how these will be taken forward at OECD negotiations needs to be considered. There is much to discuss.