As there is an increasing awareness of political corruption in Europe, which is even creeping into Scandinavia, there remains a national mindset. Each analysis sees only its own nation, not the transnational system causing this. The next step will be the realisation that the other side of political corruption are those paying for it, which will bring us to state capture.

Robert Barrington is Professor of Anti-Corruption Practice at the Centre for the Study of Corruption, University of Sussex 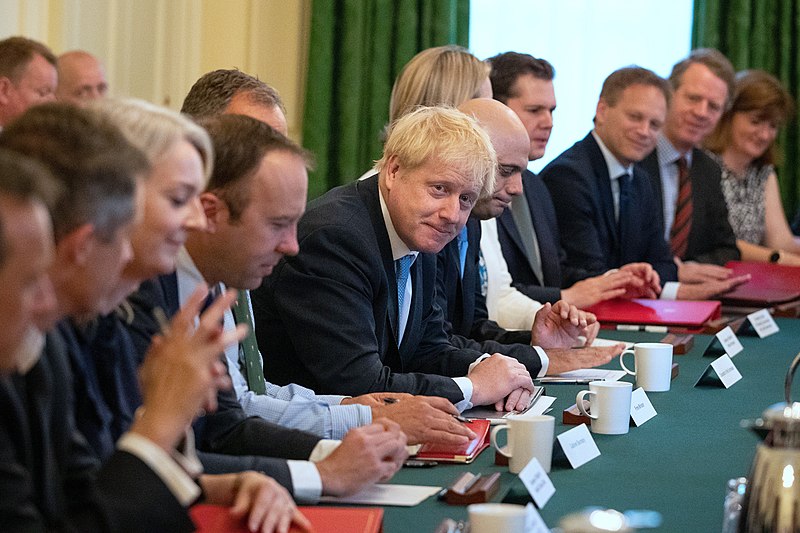 The word corruption has not often been used in UK politics over the past two decades, but the Owen Paterson affair has brought it fully into play. Chris Bryant, Chair of the Parliamentary Standards Committee described Mr Paterson’s lobbying as “a corrupt practice.” Sir John Major took a broader view and told the BBC that the UK is “politically corrupt.” Lord Evans, the Chair of the Committee of Standards in Public Life warned that “We could slip into being a corrupt country”. Keir Starmer, as you might expect from the Leader of the Opposition, was clear on what he was seeing: “Government corruption. There is no other word for it.” The Prime Minister, however, sought to reassure the world at COP26 “I genuinely believe that the UK is not remotely a corrupt country and I genuinely think that our institutions are not corrupt.”

Confusingly, they are all right – and I will try to explain why by unpicking what is meant by corruption and what applies to the current British government. There are seven components to separate out and evaluate.

With seven big considerations to take into account, it’s clearly quite hard to say whether a government is corrupt, especially when suspicion and allegation (for example, over the allocation of Covid contracts to cronies) are likely to take at least five years to turn into proven corruption.

Over and above this are long-running structural questions such as whether having a hereditary or unelected second chamber is inherently corrupt, or certain types of political party funding are corrupt. These feature prominently in social media accusations that both this government, and the Conservative Party, and the UK’s political system, are corrupt. But I will put aside those more philosophical questions, and concentrate on the here and now of the current government’s behaviour and approach.

We can certainly see transactional corruption – a number of individual transactions which by any definition are corrupt. This is the charge against Owen Paterson, seems to be the case in some of the Covid contracts and is alleged in the Jenrick-Westferry case and even against the Prime Minister personally regarding his holidays, interior decorating and the Arcuri affair. There are other cases as well. That is more transactional corruption than most mature democratic governments would usually tolerate.

We can also see that the government has colluded in permitting these things, in particular by blocking their proper investigation, denying the nature of the wrongdoing and trying to change the rules as a defence of the corruption rather than to defend against corruption. This is in contrast to the Tory ‘sleaze’ stories of the 1990s, when then Prime Minister John Major acted swiftly and firmly to acknowledge the problems and improve standards.

A quick sense-check at this point. It is tempting to ask ‘is this illegal?’ as a test for whether it is corruption. But political corruption may well not be against the law – Owen Paterson’s lobbying may be defined as corrupt but it broke the parliamentary rules and not the law. Moreover, there is the conundrum that politicians make the law and the rules in relevant areas and so ‘is it legal?’ is an imperfect test for corruption. Furthermore, if we try to apply a standard non-legal definition of corruption such as ‘the abuse of entrusted power for private gain’, we must take into account that the gain made by the individuals may not be financial gain – it can also be about securing, retaining or enhancing political power. This means the corruption can be quite difficult to spot, not least because nobody in the UK has the job of spotting it: unlike the majority of countries in the world, the UK does not have an Anti-Corruption Agency. The sheer blatancy of the Owen Paterson affair created a rare opportunity for one parliamentarian to make a credible and authoritative accusation against another of ‘a corrupt practice.’

One useful lens through which to view the Johnson government is a gradual form of corruption known as ‘state capture.’ My colleague Liz David-Barrett has written on this, describing it as ‘when narrow interest groups take control of public policy.’ State capture is a form of corruption which is easy to spot when there is a coup d’état; but in a democracy, it is usually hard to identify in real time because it involves the incremental subversion of government, which is difficult to see until it has already happened. State capture has over the past decade evolved from being a characteristic of coups and autocrats to the capture and subversion of democracy, usually by nationalists and populists: the models for the UK are Hungary, Brazil, South Africa, India and Turkey. State capture does not always start out as the intent, but it can be the result when a group of opportunists in a populist government sets about breaking and re-making the rules with reformist energy and tribal loyalty.

A feature of mature democracies is that long-standing checks and balances are in place to defend against corruption, consisting of key offices and institutions, reinforced by independence and transparency. The dozen or so institutions included in a standard ‘national integrity system’ analysis include the judiciary, the electoral body, the media and parliamentary standards body. All of these have been under attack by the Johnson government. Others, such as the private sector, have been marginalised.

Is this is deliberate attempt at state capture? In reality, motive does not matter when dismantling such safeguards. It is perfectly plausible that the Johnson government is in fact driven by other motives – the desire to ‘get Brexit done’, the willingness to appease or reward a particular faction of the party or the wish to move beyond an establishment mindset which is seen as over-cautious and pro-European. There may be no motive, simply a casual disregard for rules on the basis that they don’t really apply to the people at the top. The thing about dismantling the national defences against corruption is that once they are gone, the door is open for those with less pure motives or a more troubling ideology. In this sense, the Covid procurement and furlough scandals have been very revealing: how quickly fraud and corruption move to occupy the space when standards controls and scrutiny are removed.

The good news is that it is not too late to reverse the decline and change things for the better. Sometimes, state capture can be almost impossible to reverse. But in a mature democracy, if you spot it early enough, corrective action should mean that it was only ever a growing threat, and did not become reality. Where to start? There are two obvious places. First, the recent recommendations of the Committee on Standards in Public Life are available, and the Prime Minister is in the unusual position of having the political space to adopt them wholesale should he chose to do so. Secondly, the government should give serious consideration to setting up an Anti-Corruption Agency or creating an Anti-Corruption Commissioner, as most other countries have done. The Owen Paterson affair should remind us that corruption does not just happen overseas, and the safeguards to prevent it need to be revised and updated from time to time.

Despite the unusually high levels of transactional corruption and multiple breaches in standards, we cannot definitively yet say whether this government is corrupt. I think the most that can be said is this: there is more corruption and corruption risk in and around this government than any British government since the second world war. And whilst we might not confidently tag it as systemically corrupt, we can say that multiple warning signs are there. In fact, if it continues on the current path, Lord Evans’s warning is not merely more likely to be manifested, but near-inevitable. An optimistic take would be that the snowball effect of a democracy declining into state capture that has been seen in other countries has not yet gathered pace in the UK, and so could still be halted or reversed.

The prime danger for the UK is therefore not a single corrupt administration, however undesirable that may be. The real concern should be that the UK has taken the first steps on a journey towards state capture which ends in being a mid-ranking, politically unstable semi-democracy, with a mid-level economy, in which corruption is prevalent and government is for the purpose of self-perpetuation and not the public interest.

Jonathan Cook – Where best to ride out the climate apocalypse? The billionaires’ bunker fantasies go mainstream

The super rich, pondering where to build their bunkers to escape climate collapse, are spreading their derangement to the rest of us, with new studies assessing which countries will best ride out a disaster the […]

Bank refinancing under the new financial order is getting tougher and seems to rely largely on the whims of four big banks – in an unstable overnight market. Surely not “a good thing”. Has the […]

According to Richard Murphy it is time to move on and leave bankrupt neo-liberalism behind. This however means defining progressive goals and the logic behind them. Richard Murphy is Professor of Practice in International Political […]