Given that we have no ethically accepted principle of choosing between who is to live and who to die, we should take exceptional pains to ensure that we do not face acute shortages of life-preserving equipment. 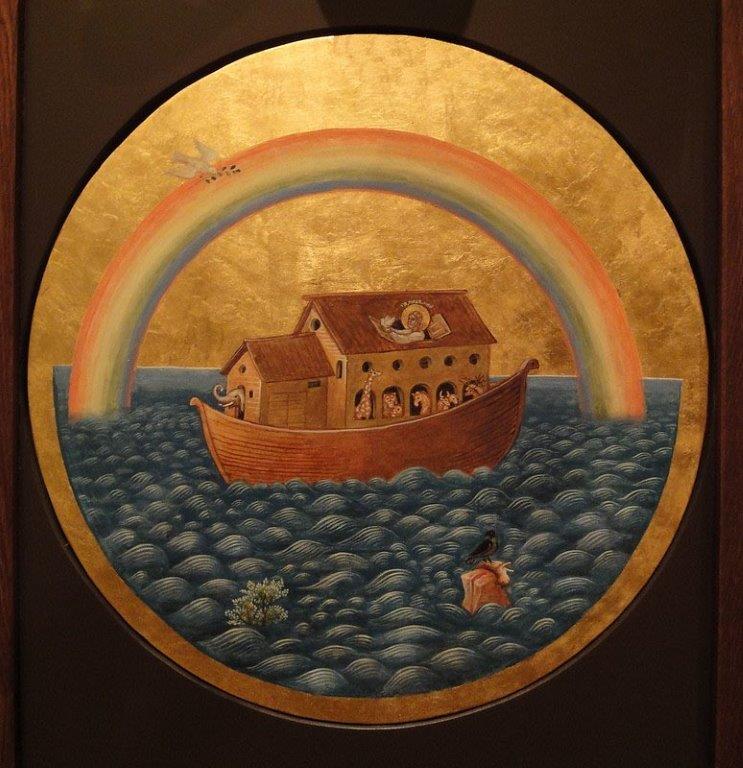 One of the things the COVID-19 lock up  got me thinking about was Noah’s Ark. Remember the original: God vowed to destroy mankind with  a great flood  because of its wickedness, but told Noah and his family to self-isolate themselves  in an ark – a substantial building with three stories – with enough food for a long stay; to bring in  two specimens of every living and creeping  thing;  and to  stay put till  the flood had subsided. Noah and his clan isolated themselves seven days before the flood started. The  flood peaked in 40 days. As the waters receded the lock-up instructions were gradually relaxed and in a further two months it was safe for Noah and his family  to go out again and resume their normal lives.  Everyone and everything on land  that had the ‘breath of life’ had  died.

Leave aside the striking parallels  which will convince all Jehovah’s Witnesses, religious fundamentalists  and omnes gentes that it’s ‘all in the Bible’.   Leave aside also one big difference, which is that so far at any rate the corona virus is much more forgiving that the biblical deity. Most of us will survive this particular flood of germs.

Nevertheless, the Noah’s Ark problem arises whenever rising demand presses on a fixed supply. In the biblical story the shortage was in the supply of salvation, which was strictly limited to the righteous Noah and his family.

In today’s secular version, there is a fixed (in the short run)  supply of  medical goods, notably protective clothing, tests, ventilators, hospital beds, and so on. So these items have to be rationed.

On what principle? The free market solution is to ration by price. The price of goods in short supply goes up, leaving only the rich able to afford them. If we had a free market in health care, they would be able to buy up  the lion’s share of  scarce medical goods. Eventually the quantity of medical goods would rise to meet the increased demand, but in the meantime the poor would have to do without.

The socialist solution is ration books or queueing. In the first case everyone is allocated an equal share of the scarce resource; the second works on a ‘first come first served basis’:  the people at the heard of the queue get what’s in the shop, and the rest get nothing. Long queues with nothing in the shops to buy was a well-known feature of late communism.

But as soon as we think of the problem in terms of life-threatening viruses and medicines, we see that neither the free market nor socialist solution can be made to work.

Any attempt to apply the free market  solution would lead straight to revolution. Socialism has severe problems too. Some medical supplies, like masks, can be successfully rationed, with everyone getting a fixed number. But hospital treatment can’t be rationed like, say, meat  and eggs  were in the war,  because it  can’t be divided up into individual portions. For example, it would make no sense to allocate a tenth of ventilator to everyone. The bottom line here is that though testing can be done on a random basis, treatment cannot be random.

Evidently some different principle of selection  is needed. This takes us back to the biblical story.  God saved the virtuous; we have decided to prioritise the economically useful.  The old, the sick, the infirm, those with ‘underlying health issues’, will be left to live or die as they may under conditions of lock-up; the giant share of scarce  medical supplies will go to those with a viable future. Utility  replaces virtue as the highest value.

Given that we have got ourselves into this particular shortage trap, it is hard to see what other principle of selection is available. Allocating scarce medical supplies to the medically and  economically useful  is clearly the only sensible thing to do.

But it sits very uncomfortably with another principle to which the liberal world   is committed: that each life is of equal value.  It is in the name of equal rights to ‘life, liberty, and happiness’  that we ban all kinds of discrimination against particular individuals and groups.  But in the situation we face today, someone is going to have to decide that some lives are more valuable than others. Some people will be selected for the Ark, and others will be left to face the future as best they can till we develop a vaccine or  the virus has done its work.

The conclusion seems clear enough. Given that we have no ethically accepted principle of choosing between who is to live and who to die, we should take exceptional pains to ensure that we do not face acute shortages of life-preserving equipment.  It is a scandal that the developed world was caught so short of tools to deal with the latest pandemic, some countries more than others. For this there are a number of reasons.

The first is the policy of austerity, which now shines forth in its full wickedness. The evidence is strong that ‘pandemic planning became a casualty of the austerity years’. (Sunday Times, Coronavirus/Insight 19/04/39). As a result our government faced a very poor trade-off between medical intervention  and ‘herd immunity’. It may even be worse than we think as recent research has questioned the degree of immunity, so there may be more deaths than expected. Broadly speaking, the shorter we are of medical resources, the more drastic lock-up will need to be.

But austerity is by no means the only culprit. A second, and more fundamental, explanation for our lack of preparedness, is the business philosophy of ‘just in time’. As health expert Alanna Shaikh, put it:  ‘Just in time ordering systems are great when things are going well. But in a time of crisis it means we don’t have any reserves. If a hospital or a country runs out of face masks or PPE equipment, there’s no big  warehouse full of boxes that we can go to, to get more. We have to order more from a supplier, we have to wait for them to produce it, and have to wait for them to ship it, mainly from China’.

This criticism applies to much more than medical procurement. It challenges the just-in-time orthodoxy generally prevalent in business.  Reserves, the argument goes, cost money. Efficient markets don’t require firms to have inventories, just to have  enough ‘stock’  to satisfy the consumer at the point of demand.  To hold financial reserves against a rainy day is also wasteful. In efficient markets there are no rainy days. So firms should be leveraged up to the hilt!

This is fine, provided there are no unexpected events. Come a ‘shock’ like the banking crash of 2008, and the whole efficient market model collapses, and with it the economy. Something like this has been happening to our medical services today. Bed occupancy is as high as 98% in our marketised NHS, meaning there is no longer a reserve, and we are not self-sufficient in doctors and nurses and expect other countries to train them for our use.

We need to restore what used to be called ‘the precautionary principle’. In all those situations in which we can rationally anticipate a severe  life-threatening event, ‘just in time’ thinking needs to be replaced by ‘just in case’ thinking.

But this is not all. A major fault lies in the attitude of  neo-classical economists and their political followers to ‘innovation’. The general idea is that nothing will be invented unless companies are given extended monopoly rights (patents) over the invention to enable them to recoup their investment. This is not only historically wrong (most innovation has been done or financed by government), but can have the effect of keeping life-saving inventions off the market.  Dr. Shamel Azmeh points out that it would have been perfectly possible to develop ventilators  ‘simple enough to be stockpiled and quickly deployed’, but  a prototype of such a ventilator commissioned by the US government was aborted in 2012, after the private  company concerned  was acquired by a large producer of ‘expensive, immobile, highly technical, difficult to use’ ventilators suitable  for a rich-country market.  This kind of suppression of useful medical tools   is little short of criminal.  (Project Syndicate, The Perverse Economics of Ventilators, 16 April)

A final cause of unnecessary shortage is our dogmatic reliance on global supply chains. It is obviously more ‘efficient’ to get something produced in a cheap labour location than by our more expensive labour. But what happens when supplies from China are interrupted, because of a sudden increased demand for them in China, as apparently happened with surgical masks?

The Noah’s Ark problem can never be entirely avoided because extreme unexpected events will continue to happen. But we can at least be better prepared for the next pandemic.  The fact that COVI-19 was unexpected, should not stop us taking precautions against this class of disaster.

Key measures would be:

Ben Wray – Is Dissent Allowed in Keir Starmer’s Labour or The Intercept?

The “Left” has become as integral a part of neo-liberalism as the rest of the liberal-democratic parties. Joe Biden is often referred to as “left” as are social democrats. How far does the Left have […]