What is more important for Bill Gates, patent laws or saving millions of lives? 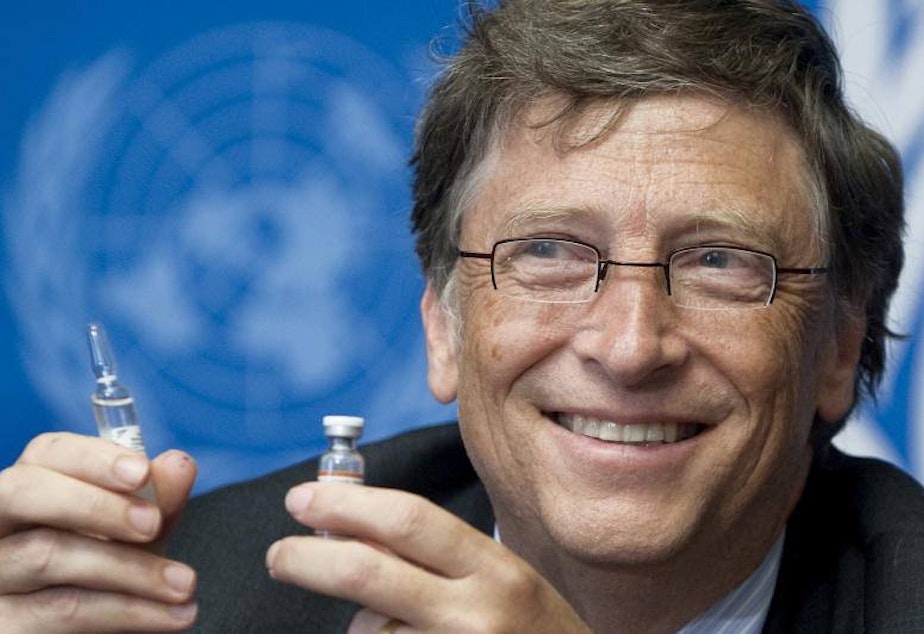 Elon Musk seems an unlikely source but he is reported as blogging, “Patents are ‘intellectual property landmines. They stifle innovation, entrench the position of giant corporations and serve only to make lawyers rich rather than to reward actual inventors.” This was in 2014. We are all grateful to inventors, especially those that have pulled off the seemingly miraculous feat of developing a successful vaccine for a coronavirus within a year of the outbreak of a pandemic.

But it isn’t the inventors that have delivered vaccines it is the Intellectual Property Law framework that has made it profitable for private companies, albeit supported by states as their hosts, sponsors, and beneficiaries, to invest their resources and pools of expertise, to turn inventions into vaccines on the shelf. And it took an expert in how to exploit this regime (Bill Gates) to mobilise resources to improve delivery of vaccines as he explains on his blog.

So where does patent law come in? It doesn’t say explicitly but when the question was asked in the NY Times discussion signposted in Brave New Europe in November 2020 the response was this:

Well, that raises this fascinating question of whether desperate times call for desperate measures. And should we start saying this is a global emergency, so the companies that have come up with these vaccines need to share the recipes far and wide so that all over the world, people can be producing as many as possible as quickly as possible to save as many lives as they can? And indeed, countries like India and South Africa have led a big push to temporarily suspend these patent rights. But that, that would be breaking into the intellectual property of the pharmaceutical companies, which is something they certainly don’t want. And it’s also something very clearly that Bill Gates doesn’t want…. Bill Gates believes in this… he believes that you get innovation by protecting intellectual property. It’s a core central tenet. He found his success through this. And so asking him to throw all that out, I think that that would probably be impossible for him.

And it feels like he {Bill Gates} has put a spotlight on the question of whether the entire system, top to bottom, needs to change. But the question is whether Bill Gates is the guy to do that… the simple answer, the very straightforward answer is no.”

These extracts are taken from the transcript of a podcast on the NY Times website which discusses in detail how we arrived at a situation where the Bill Gates Foundation acted as the second biggest source of funding for the WHO and where national leaders of public health have felt inhibited in speaking out on the most effective measures of supporting global public health because of the “Bill Chill”.

Hyo Yoon Kang discusses the legality on the Critical Legal Thinking website not only nailing the problem with existing patent law with regards to medical inventions but identifying Bill Gates as the force that eventually persuaded Oxford University to sign an exclusive agreement with Astra Zeneca. His case is that there is an alternative,

“There is no logical reason why patent law’s grant of monopoly power cannot be curtailed, if its public purpose is not fulfilled. This can happen through national arrangements of compulsory licensing for public emergency use, but also more pragmatically and systematically through a general TRIPS waiver on Covid-19-related know-how and inventions. This would clearly reconceive the ‘public’ in intellectual property law’s narrative as a ‘global public’.

The C-TAP scheme as initiated by Costa Rica in March 2020 would also be a mechanism through which knowledge, IP and data could be shared by, for example, pooling existing relevant patents. C-TAP is not against IP in the sense that the patents would be revoked; but it proposes open licenses for Covid-19 related technologies. The standard pharmaceutical industry’s response has been that the technologies involved in the current crop of vaccines are new (adenovirus and mRNA technologies) and that it takes more than the patent ‘recipe’ to replicate them. Even if that is not untrue, bearing in mind the physical material requirements of the different vaccines’ production, it is a weak argument because technology transfer and licenses have already been successful, as the AZ/Ox vaccine’s licensees have successfully proven. So the same manufacturing capacity can be built again at multiple locations and facilities. And although production cannot begin overnight (five months in the case of Pfizer/BioNTech’s January agreement with Sanofi), it can be done and needs to be done as soon as possible, unless the pharmaceutical companies have an interest in suppressing the supply, which is an assumption and narrative they might want to avoid.”

“In terms of our everyday lives, what is at stake in the present battle for knowledge-sharing and increasing manufacturing capacity is a prolonged global pandemic in the name of the preservation and further accumulation of intellectual and industrial capital. Global intellectual property law underpins and enables vaccine nationalism that serves neither the national nor the international publics and tips the already skewed scale of global public-private balance even more towards the interests of a few private corporations and ‘entrepreneurial’ universities.”

“The plunder of the commons extends to …the commodification and privatisation of ideas and inventions due to the globalisation of the US intellectual property rights system since 1994.”

He argues for the creation of a the establishment of a national permanent Commons Fund, financed by levies on profits made by those taking advantage of the commons, which would pay out to everybody Common Dividends, a form of basic income as a common right. He describes it as “a transformative policy that is eminently feasible and affordable. It is a matter of common justice”.

In turn Mariana Mazzucato argues in her book Entrepreneurial State that it has been the state that has taken the big risks and made the biggest investments to support the development of the pharmaceutical and biotechnology industries. Even during this pandemic the big money has come from governments and the risks taken by the state; from Operation Warp Speed in the USA, the WHO /EU initiative to support The Access to COVID-19 Tools (ACT) Accelerator programme (sponsor of COVAX) to the direct funding provided to AstraZeneca/Oxford University (£85m) and the underwriting of the liabilities in the event of harm (the sticking point in contractual discussions with the EU).

That the private sector is uniquely gifted to spend resources wisely is contradicted by the UK government experience in outsourcing the Test and Trace programme and a surfeit of trust placed in private procurement of Personal Protective Equipment, both of which proved spectacular failures.

That the resources found by Bill Gates to support the existing arrangements ($1.5bn) is vital to the current arrangements is placed in perspective by the sums committed by the UK government alone to date on Track and Trace (£37bn). The Economist calculated the global cost of the Covid pandemic at just over $10trn. In Europe alone the costs are $2trn.

What is remarkable in this story is not that there is not a perfectly credible alternative range of measures that could be taken to speed up the delivery of vaccines but that the process of managing the pandemic has been high-jacked by one man, with a vested interest in maintaining the credibility of the existing IP regime. But as Mazzucato has also pointed out in the Entrepreneurial State the pharma/biotech/medico legal complex is the second highest spending sector in the US on lobbying and payments to politicians, second only to the arms industry. It doesn’t explain the Bill Gates factor but explains that politicians have got used to knowing on which side of the bread the butter is.

Already the Peoples Vaccine campaign is underway but I don’t expect this has got much publicity in the mainstream media.

Neo-liberalism has a face. In fact it has many faces. Lina Galvez looks at the career and egregious damage done to Spanish society by one of these faces: Rodrigo Rato. Lina Gálvez is Professor of […]

On November 1, Denmark will vote, seven months ahead of schedule. Polls show left and right blocs almost neck-and-neck, and the risk of an outright win for the right-wing remains real. However, with Social Democratic […]

Branko Milanović – China to the rescue?

After the US seized Venezuelan, Afghan, and Russian assets, China could be next. To preempt any such move, Beijing could sell parts of its US assets to assist poor nations most affected by increasing food […]