Positive Money Europe´s latest video outlining the story behind the profits made by the ECB through one of their programmes has provoked strong criticism on Twitter. They apologize for the confusion created by the video and clarify what Positive Money Europe stands for on this matter. Last week we published a video outlining the profits made by the European Central Bank through the Securities Markets Programme – a complex matter which we have been working on for almost one year now. On Twitter, the video has caught the attention of Vitor Constâncio, the former Vice-President of the European Central Bank, who made the following comment:

This is a regrettable demagogic tweet by @PositiveMoneyEU. The ECB bought bonds in the secondary market when those countries were under attack with low bond prices ( high yields). It clearly helped those countries lowering their yields. The ECB was then accused by many in …

The ECB revealed it made 73 billions euros of profits from the countries most affected by the crisis: Spain, Ireland, Italy, Portugal and Greece. 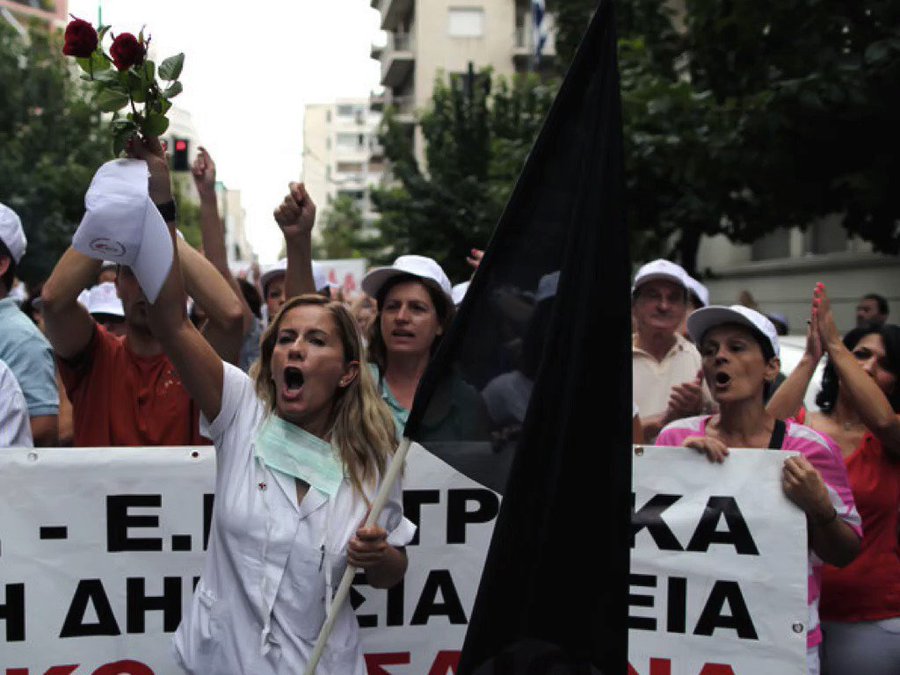 Given the attention that this comment has now attracted, we feel the duty to apologize for any misunderstandings this video created, and wish to clarify what Positive Money Europe stands for on this matter.

First, to put things into context, the video is part of one year long campaign that started in July 2018 with a long piece of research. Since then we have delivered a petition to the Eurogroup, we wrote several blog posts, briefings and had several meetings at the European Parliament. So far no one has seriously challenged the analysis underpinning this work.

Our latest success in this campaign was to gain (thanks to MEPs) more transparency on the amount of profits made by the Eurosystem through the SMP programme, including for other countries than Greece. The video we released last week was simply supposed to shed light on this small piece of a much bigger puzzle. However, this puzzle piece ended up putting more shadows onto the rest of our work.

Although the contentious video is factually correct, it appears misleading in several ways. First, by broadening the issue around the five countries which benefited from SMP, the video eludes the specifics of the Greek case (which really is the core of our campaign claims) and it downplays how other countries than Greece effectively benefitted from SMP. Second, the video is too elusive when it comes to explaining how the profits are being distributed across the Eurozone, thus leaving the impression that the ECB is the only institution to be blamed for it (while in fact the Eurogroup is also liable for this). Ultimately, the video does not clearly explain what Positive Money Europe exactly advocates for when it says “We need to reform the European Central bank so this never happens again”.

As a consequence, we understand that the video leaves the wrong impression that Positive Money Europe opposed the decision by the ECB to introduce the SMP programme in 2010 – a courageous decision at the time. As pointed out by Mr. Constâncio, the SMP interventions were absolutely necessary under the catastrophic situation such as the one we had back in 2010.

We disagree however on how the programme was managed afterwards, both by the ECB and the Eurogroup. As we clarify below, our campaign addresses three main points which are still entirely valid and deserve a wider debate.

First, What we do chiefly disapprove is the decision by the ECB to exclude the SMP bonds from the debt restructuring plan of 2012 (the PSI), thus leading to exclusion of close to 50bn of bonds from debt restructuring. The argument behind is mainly of legal nature. According to the ECB, any haircut on those bonds could have been considered to be a violation of the monetary financing prohibition rule set under the Art. 123 of the European Lisbon Treaty.

However our own reading is that the Treaty did not foresee that the ECB could own sovereign bonds in the first place. Hence, the legal framework is quite helpless in stipulating whether “bond restructuring” by the ECB do amount “to monetary financing” or not, especially in the case where such restructuring does not incur any loss on the ECB’s balance sheet (the bonds were purchased at discount price by the ECB to private investors, hence the loss had already been absorbed by the private sector). Because of this legal unclarity, we argue the ECB could and should have taken part in the ebt restructuring.

Had the SMP bonds been restructured like all other bonds held by private investors, the contentious SMP profits on Greek bonds would not have existed – and much complications would have been spared to everyone (including for us!).

2. The Eurogroup is not refunding Greece entirely

Second, according to our calculations the refunds promised by the Eurogroup are falling short of around 9 billion. This is mostly because profits made before 2013 have been excluded from the reimbursement arrangements as agreed in 2014 and 2018. Adding insult to the injury, the future refunds agreed last year by the Eurogroup have been linked to reform conditionalities. In order to receive its own money, Greece has to implement specific reforms in key areas such as the overall management of the public administration, taxation and the downsizing of the financial sector. Given the fact that those profits should not have existed in the first place, we believe that the SMP refunds should instead be granted automatically to the Greek government.

Third, this story reveals the current flaws in the Eurosystem profit distribution rule. As we acknowledged in the video, Eurosystem profits are only partly retained by the ECB to build up its reserves, while the rest (as the ECB explains here) is distributed to all national central banks according to their share of the ECB’s capital. In turn, these are distributed to national governments.

As illustrated with SMP, a major problem with this rule is that profits emanating from a subset of crisis-hit countries are dispersed across the entire Eurozone, meaning a big portion of the money went from countries which suffered from the crisis to the wealthiest countries. From that lens, the Eurosystem’s profit distribution rule appears to be pro-cyclical and may contribute to the Eurozone’s divergence.

Admittedly, reforming the ECB during the crisis was not the best timing, but we do hope that the SMP story will inspire EU leaders to review the Eurosystem profit distribution rule in the future. In our view, the first best European solution would be to transfer a substantial proportion of the Eurosystem’s profits to a Eurozone budget, a solution that could help speed up the current efforts in building such a European fiscal capacity. Through a Eurozone budget, the ECB profits could help financing initiatives aimed at achieving real anti-cyclical economic stabilisation and substantive redistribution. Using ECB profits in this way would make even more sense if those profits emanate from undesired side-effects of monetary policy itself.

As one can see, the implications of the Securities Markets Programme is a rather complex story which is difficult to simplify in less than 2 minutes. Although no attempt to do so would be perfect, the omissions and simplifications in the video were simply not good enough and did not serve well our cause. Naturally, we have decided to stop promoting this video. We want to thank Mr Constâncio and others for engaging with us on this matter, allowing us to reflect on this work and learn from our mistakes.

Gabor Scheiring – Why Businesses Embrace Populists and What to do About it: Lessons from Hungary

Gabor Scheiring, Bocconi University The coronavirus crisis has revealed the weaknesses of some populist leaders such as Jair Bolsonaro in Brazil or Donald Trump in the US, yet others are emerging stronger than ever. And […]