There is probably no economic fallacy that is so difficult to correct than that of Swabian hausfrau economics (you can only spend what you have) having no relevance with regard to public finance.

Steve Keen is an Australian economic historian and author.

Steve will be holding a talk in our series “Economics beyond the Swabian hausfrau” on 30 January 2019 in Franz-Mehring-Platz 1, 10243 Berlin at 7 pm. You are invited to attend. 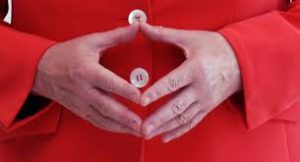 Angela Merkel made the Swabian housewife a byword for fiscal responsibility in 2008, when at the height of the financial crisis, she ruled out using tax cuts to stimulate the German economy, saying that “we should ask a Swabian housewife: in the long run, you cannot live beyond your means”.  Swabian frugality has been an emblem of responsible fiscal management ever since.

So what’s the basic recipe of the Swabian housewife? It’s to spend less than you earn, and when you buy, to buy quality. We can all take the second lesson. But what about the first: is it possible for all of us to spend less than we earn? A simple thought experiment shows that no, it’s not possible.

Divide the EU into three sectors: Swabia, the rest of Germany, and the rest of the EU. Just to make the example simple, imagine that each has €1000 billion Euro cash, and that each spends €1000 billion per year on each of the other sectors, so that total spending per sector per year is €2 trillion.

How is this possible? Because a Euro can turn over several times a year: €1 in cash can yield €3 in income per year, if it turns over 3 times a year. Here I’m assuming that each Euro turns over twice a year, so that the “velocity of money”, as economists call it, is 2.

We can illustrate this in a table, where each row shows what a sector spends and who it spends it on, and each column shows expenditure and income for each individual sector. The entries on the diagonal of the table are spending by each sector (and shown as negative, because they reduce each sector’s bank balance), the other entries show which sector received the spending. Each row necessarily sums to zero.

Total income in this example is €6 trillion (about half the EU’s actual income). This can be measured by adding up either all the expenditures (€2,000 trillion per year by each of three sectors) or all of the incomes (the same €2,000 trillion per year): you get exactly the same figure because, at the aggregate level, expenditure IS income: what you spend becomes income for someone else.

Of course, the Swabian reaction could be that this is due to the irresponsibility of the Rest of Germany and the EU: their income has fallen, so they should cut their expenditure to match.

What if they do that? What if, in response to Swabia deciding to spend €200 billion a year less, the Rest of Germany and the Rest of the EU do precisely the same? Then we end up with this situation:

This is not quite the outcome the Swabian housewife would have expected: if each sector—Swabia, the Rest of Germany, and the Rest of the EU—tries to save €200 billion per year, the end result is not savings of €600 billion, but a reduction of GDP by €600 billion. Aggregate savings remain at zero.

This result appears paradoxical: surely the attempt to save money should result in money being saved? But the paradox can be easily resolved when you realise that, in this example, the amount of money is fixed: if one group (Swabians) acquire more of it, that necessarily has to reduce the amount that others hold by precisely as much. Since one person’s (or region’s or country’s) expenditure becomes another’s income, at the aggregate level, savings must be zero.

The end result, when all sectors attempt to save €200 billion per year, is an income of €5400. Each Euro is now generating only 1.8 Euros per year of income. The unintended outcome of trying to be frugal has been to make the Euro “lazier”—which is hardly the real ambition of the hard-working Swabian housewife.

This example is more than just hypothetical: it’s an explanation for why the Euro region has done so poorly, compared to other regions of the world that put less emphasis upon frugality.

The Swabian ambition of saving money was written into the Stability and Growth Pact, with its restrictions on government debt and deficits, but this Pact has delivered the opposite of its name. The USA, which has no comparable legislation, has grown faster and more smoothly than the Eurozone, even when the 2008 Financial Crisis—which originated in the USA—is taken into account. The USA’s growth rate since the inception of the Euro has been 2.1%, versus 1.4% for the Eurozone; and after the crisis, the USA has averaged growth of 1.5% per year, versus under 0.75% for the Eurozone.

The Eurozone’s performance has actually been worse after the Global Financial Crisis than before it, when a major reason for the Stability and Growth Pact was to make such crises less likely, and make Europe more resilient when they occurred. The outcome has been the opposite, because the ideas behind it, though clearly well-intentioned, were ill-founded. By setting an impossible goal of collectively saving money, the “Growth and Stability Pact” has brought stagnation and instability to Europe.

Enough complicity with Israel: The Parliament of Catalonia declares that Israel is committing the crime of apartheid against the Palestinian people

The Catalan organisation ‘Enough complicity with Israel’ (Prou Complicit Amb Israel) posted this press release following the vote of the Catalan Parliament to denounce Israel as an Apartheid state on Thursday [16 June], the first […]

The major economies (let alone the so-called emerging economies) will struggle to come out of this huge slump unless the law of market and value is replaced by public ownership, investment and planning, utilising all […]