Before her plans were ripped up, the UK’s newest Prime Minister was promising growth, growth, growth in an economy that has avoided it for a long time. And she was going to do it through that tried and tested method of trickle-down economics! Cut taxes for the rich and watch the economy grow. Sadly, we’ll never know whether it worked or not because the plans have been ditched and its back to higher taxes and less government spending. More austerity and low growth. But, Phil asks Steve, isn’t low growth what we need? If we want to save the planet surely we have to abandon the idea that each year we consume that little bit more? But how do you do that when entrepreneurs need the growth imperative to come up with those innovative ideas that improve our lives. Without the incentive for companies to grow wouldn’t we end up with a Soviet-style centrally planned economy, producing lots of stuff that nobody wants. 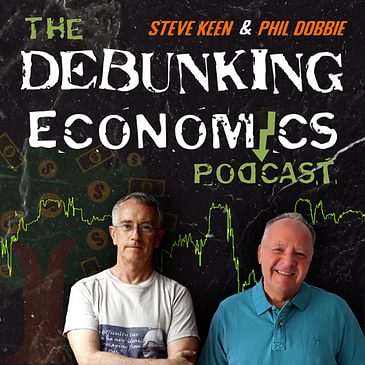 Steve Keen – Why Money and Disequilibrium Matter to Economics

Steve Keen, Phil Dobbie – Can the price mechanism fix everything?

On the Why Curve podcast last week, Phil (and Roger Hearing) spoke to Daniel Gros, Director of the Centre for European Policy Studies, who argued that the gas crisis in Europe will be largely resolved […]