Maricá, a Brazilian municipality in the state of Rio de Janeiro, decided in 2013 to embrace universal basic income. The Universidade Federal Fluminense, based in Niteroi, Brazil, and the Jain Family Institute, based in New York City, are jointly evaluating what is the largest basic income programme in Latin America. They are  looking for a post-doctoral researcher, possibly a European, to join their team. 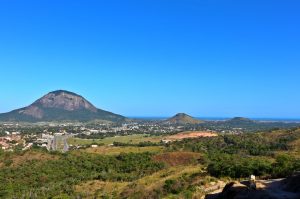 Famous Uruguayan writer and journalist Eduardo Galeano said, quoting Argentine filmmaker Fernando Birre, that no matter how much a person walks, he or she will never reach utopia. Precisely because of this, its value would be in the journey towards it.

Following the concept adopted by BIEN’s charter since 2016, a policy that is intended to be a UBI must have five characteristics: periodic, paid in an appropriate medium of exchange (currency), individual, unconditioned and universal. Maricá, a Brazilian municipality in the state of Rio de Janeiro, decided to walk towards the UBI with solid steps.

The first one was taken through Municipal Law n. 2,448/2013, regulated by Decree n. 213/2013, which deals with the implementation of the “Bolsa Mumbuca Social Program”, a policy of cash transfer in monthly payments of 70 units of “Mumbuca”. However, it was still a program aimed only at the poorest families, with monthly family income of up to one minimum wage (R$ 1,045.00; US$ 200.00, in current values), to which it imposed some conditionalities, largely related to the education of children.

It is important to highlight that Mumbuca is a local digital currency whose name is a reference to the main river and to one of the native peoples of the city. A unit of Mumbuca is equivalent to R$1.00 (US$ 0.19). It cannot be converted directly into cash but can be used by means of a magnetic card in any of the registered commercial establishments, only in the municipality of Maricá. Currently, there are in Maricá more machines used for transactions with the digital currency than the similar equipment of the large card operators.

In December 2015 the second step was taken. Through the Municipal Law n. 2,652/2015, regulated by Decree n. 125/2015, the “Bolsa Mumbuca” was replaced by the “Mumbuca Minimum Income” (MMI), which paid 85 Mumbucas per month to families who had monthly income of up to three minimum wages (R$ 3,135.00; US$ 608.00). It followed as a program aimed at the poorest families, but now without the conditionalities imposed until then.

On the same date as the second step, the third was taken. Parallel to the MMI, the Municipal Law n. 2.641/2015, regulated by Decree n. 124/2015, created a program called “Citizen´s Basic Income” (CBI), which monthly paid out 10 Mumbucas to all individuals born in Maricá and living there for at least one year, to other Brazilians living in the city for at least two years and to foreigners living there for at least five years. Although the law provided that the CBI would be granted regardless of the socioeconomic circumstances of the beneficiary, it also provided that such coverage would be achieved in stages, at the discretion of the Municipal Executive, prioritizing the most needy sections of the population. Thus, CBI’s implementation began targeting individuals registered with the Single Registry of the Federal Government (CadÚnico), which is accessible to low-income families that have per capita family income of up to half a minimum wage (R$ 522.50; US$ 100.00) or total monthly family income of up to three minimum wages (R$ 3,135.00; US$ 608.00).

In June of last year, through the Municipal Law n. 2.869/2019, Maricá took the fourth and most ambitious step until now, increasing the value of the CBI from 10 to 130 Mumbucas (US$ 25,00) per individual and absorbing, among other social programs, the MMI, which until then paid 85 Mumbucas per household. With this change, the benefits that until then reached 14,000 families began to serve more than 42,000 people out of a total population of 161,000, with the short-term goal of reaching the 50,000 people in the city registered in the CadÚnico (single cadastral register). Additionally, the same law changed the minimum period of residence of national citizens in the Municipality, requiring three years regardless of where in the country they were born, keeping unchanged the period of five years for foreigners.

As an exceptional measure to contain the impact of the COVID-19 pandemic, the value of the CBI was transitionally changed from 130 to 300 Mumbucas (US$ 60.00), as of April 2020 and for a period of 3 months, according to Municipal Law n. 2,921/2020. Additionally, the year-end bonuses in the amount of 130 Mumbucas were advanced to make the April payment an amount of 430 Mumbucas per person.

Thus, the CBI of Maricá is not a temporary experiment, but a regular policy, paid in an appropriate medium of exchange, individual and unconditional. The program has been closely monitored by the Brazilian Basic Income Network and the municipality is preparing to take the final step by 2022, which will abolish means testing and make the CBI a universal measure for all those who meet the minimum period of residence in the city.

As the character Raphael Hythloday said to the incredulous Peter Giles in Thomas More’s book, “if you had been in Utopia with me, and had seen their laws and rules (…) you would then confess that you had never seen a people so well constituted as they.” Would Maricá be near to contradicting Eduardo Galeano? Or would the Brazilian municipality be close to demonstrating, through laws and rules, that UBI is not an unreachable utopia, but a perfectly feasible social construction?

Brid Brennan – Corporate Power: A David and Goliath Struggle for the 21st Century