The prospects for a progressive reform of the eurozone appear more unlikely than ever. The reforms currently on the table, in fact, are likely to make the situation even worse. This is why progressives should resist any further surrender of national sovereignty to the EU and any further deepening and expansion of the eurozone.

Thomas Fazi is a writer, journalist and activist. Together with Bill Mitchell he wrote the recently published book  “Reclaiming the State: A Progressive Vision of Sovereignty for a Post-Neoliberal World” (Pluto, 2017), which BRAVE NEW EUROPE will be reviewing in the near future.  He is also the author of “The Battle for Europe: How an Elite Hijacked a Continent – and How We Can Take It Back” (Pluto, 2014) 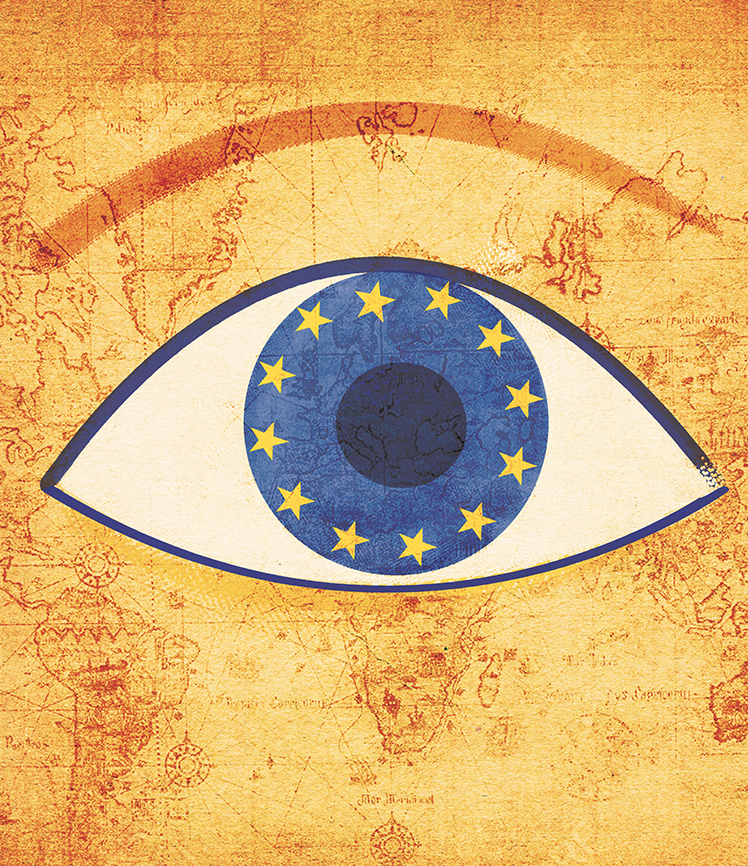 After Emmanuel Macron’s election in France, many claimed that this signalled a revival of the Franco-German alliance and a renewed impetus for Europe’s process of top-down economic and political integration – a development claimed by most commentators and politicians, beholden as they are to the Europeanist narrative, to be unambiguously positive. Among the allegedly “overdue” reforms that were said to be on the table was the creation of a pseudo-‘fiscal union’ backed by a (meagre) ‘euro budget’, along with the creation of a ‘European finance minister’: the centre-points of Macron’s plans to “re-found the EU”. Now, even this proposal raised a number of very worrying issues from both political and economic standpoints; the integrationists’ (unwarranted) optimism, however, was short-lived. The result of the German elections, which saw the surge of two rabidly anti-integrationist parties, the right-wing FDP and extreme right AfD; the recent collapse of coalition talks between Merkel’s CDU, the FDP, and the Greens, which most likely means an interim government for weeks if not months, possibly leading to new elections (which polls show would bring roughly the same result as the September election); and the growing restlessness in Germany towards the 13-year-long rule of Macron’s partner in reform Angela Merkel, means that any plans that Merkel and Macron may have sketched out behind the scenes to further integrate policies at the European level are now, almost certainly, dead in the water. Thus, even the sorry excuse for a fiscal union proposed by Macron is now off the table, according to most commentators. As noted by Brad W. Setser, senior fellow at the Council on Foreign Relations, “there is no realistic prospect that a Merkel-led (or non-Merkel led) Germany will ever agree to more than token changes” to the Eurozone architecture.

At this point, the German government’s most likely course in terms of European policy – the one that has the best chance of garnering cross-party support, regardless of the outcome of the coalition talks (or of new elections) – is the ‘minimalist’ approach set in stone by the country’s infamous and now-former finance minister, Wolfgang Schäuble, in a ‘non-paper’ published shortly before his resignation. The main pillar of Schäuble’s proposal – a long-time obsession of his – consists in giving the European Stability Mechanism (ESM), which would go on to become a ‘European Monetary Fund’ (a kind of European IMF), the power to monitor (and, ideally, enforce) compliance with the Fiscal Compact. This echoes Schäuble’s previous calls for the creation of a European budget commissioner with the power to reject national budgets – a supranational fiscal enforcer. The aim is all too clear: to further erode what little sovereignty and autonomy Member States have left, particularly in the area of fiscal policy, and to facilitate the imposition of neoliberal ‘structural reforms’ – flexibilisation of labour markets, reduction of collective bargaining rights, etc – on reluctant countries. To this end, the German authorities even want to make the receipt of EU cohesion funds conditional on the implementation of such reforms. Moreover, as noted by Simon Wren-Lewis, the political conflict of interest of having an institution lending within the eurozone would end up imposing severe austerity bias on the recovering country. Until recently, these proposals failed to materialise due, amongst other reasons, to France’s opposition to any further overt reductions of national sovereignty in the area of budgetary policy. Macron, however, staunchly rejects France’s traditional souverainiste stance, embracing instead what he calls ‘European sovereignty’, and thus represents the perfect ally for Germany’s plans.

Tightening the screws of austerity

Another proposal that goes in the same direction is the German Council for Economic Experts’ plan to curtail banks’ sovereign bond holdings. Ostensibly aimed at “severing the link between banks and government” and “ensuring long-term debt sustainability”, it calls for: (i) removing the exemption from risk-weighting for sovereign exposures, which essentially means that government bonds would no longer be considered a risk-free asset for banks (as they are now under Basel rules), but would be ‘weighted’ according to the ‘sovereign default risk’ of the country in question (as determined by credit rating agencies); (ii) putting a cap on the overall risk-weighted sovereign exposure of banks; and (iii) introducing an automatic ‘sovereign insolvency mechanism’ that would essentially extend to sovereigns the bail-in rule introduced for banks by the banking union, meaning that if a country requires financial assistance from the ESM, for whatever reason, it will have to lengthen its sovereign bond maturities (reducing the market value of those bonds and causing severe losses for all bondholders) and, if necessary, impose a nominal ‘haircut’ on private creditors.

As noted by the German economist Peter Bofinger, the only member of the German Council of Economic Experts to vote against the sovereign bail-in plan, this would almost certainly ignite a 2012-style self-fulfilling sovereign debt crisis, as periphery countries’ bond yields would quickly rise to unsustainable levels, making it increasingly hard for governments to roll over maturing debt at reasonable prices and eventually forcing them to turn to the ESM for help, which would entail even heavier losses for their banks and an even heavier dose of austerity. It would essentially amount to a return to the pre-2012 status quo, with governments once again subject to the supposed ‘discipline’ of the markets, particularly in the context of a likely tapering of the ECB’s quantitative easing (QE) program. The aim of this proposal is the same as that of Schäuble’s ‘European Monetary Fund’: to force Member States to implement permanent austerity.

Of course, national sovereignty in a number of areas – most notably fiscal policy – has already been severely eroded by the complex system of new laws, rules, and agreements introduced in recent years, including but not limited to the six-pack, two-pack, Fiscal Compact, European Semester and Macroeconomic Imbalances Procedure (MIP). As a result of this new post-Maastricht system of European economic governance, the European Union has effectively become a sovereign power with the authority to impose budgetary rules and structural reforms on Member States outside democratic procedures and without democratic control. The EU’s embedded quasi-constitutionalism and inherent (structural) democratic deficit has thus evolved into an even more anti-democratic form of ‘authoritarian constitutionalism’ that is breaking away with elements of formal democracy as well.

In this sense, the proposals currently under discussion would mark the definitive transformation of European states from semi-sovereign to de facto (and increasingly de jure) non-sovereign entities. Regardless of the lip service paid by national and European officials to the need for further reductions of national sovereignty to go hand in hand with a greater ‘democratisation’ of the euro area, the reforms currently on the table can, in fact, be considered the final stage in the thirty-year-long war on democracy and national sovereignty waged by the European elites, aimed at constraining the ability of popular-democratic powers to influence economic policy, thus enabling the imposition of neoliberal policies that would not have otherwise been politically feasible. This is why, in the short term, the most important thing for progressives is to resist any further surrender of national sovereignty to the EU and any further deepening and expansion of the eurozone, which in the current context would be a big step backwards in social and democratic terms. More generally, it is crucial for the European Left to start having an honest debate about the return of monetary and fiscal sovereignty to nation-states in the context of a European Union that appears increasingly irreformable, as previously argued here.

Jason Hickel – At This Rate, It Will Take 200 Years to End Global Poverty

“Global poverty today isn’t natural or inevitable, it is an artifact of the very same policies that have been designed to siphon the lion’s share of global income into the pockets of the rich. “ […]

Duncan Green – What are the politics of our survival as a species? Introducing the Climate Change Trilemma

Duncan Green is Head of Research at Oxfam GB Cross-posted from Duncan’s blog From Poverty to Power So a physicist, an anthropologist, and two political economists have lunch in the LSE canteen and start arguing […]