While the EU takes exception to Poland and Hungary’s transgressions of EU legal mandates, Spain sails on unchallenged in its own particular application of the law with a defiant attitude not so dissimilar to Poland’s and Hungary’s

In recent times Poland and Hungary have been singled out as Europe’s great offenders. Indeed, their systemic problems have even been seen as a major challenge to the EU’s internal cohesion and juridical harmony, even to the Union’s very continuity. In contrast with this, Spain’s position in the EU is hardly ever depicted as a “challenge” of any kind, despite the fact that the parallelisms in its disregard for EU mandates have more points in common with those two countries than meet the eye. In this respect, why is nobody pointing to the contradiction that Warsaw and Budapest are being put on the spot for proclaiming the pre-eminence of their courts over Europe’s while Spain’s Supreme Court has openly made the same claim without so much as a whimper of reprimand from Brussels? Could this be put down to the countries’ current strategic weights within a EU judged by two sets of scales for measuring democratic standards?

As is known, Hungary, has committed a series of irregularities as regards the restriction of civil rights that the European Union Court of Justice (EUCJ) has shown increasing concern about. The court has displayed a growing will to reprimand and ultimately correct these democratic deficiencies in aid of fuller EU juridical unity and higher democratic standards. Perhaps the first and foremost shortcoming Hungary is accused of is the lack of independence of its judicial system and the vulnerability it exposes minority social groups to. This has led to abuse in legislation introduced by Orban’s government in areas such as LGBTQ, pressure put on the mass media, immigration policies, and an excessive control exerted over civil society. Yet while Viktor Orban’s harsh refugee asylum policies have been challenged (not only by the EU but by his own Constitutional Court last week), similar abuse committed in Spain, with over twenty violent refugee deaths in the last few years, has met neither with EU nor domestic legal action. Although the Hungarian court ruling does not contest that domestic law may prevail over the EU’s, the fact that the court has effectively made Orban back-pedal before the EU over the immigration issue, cannot be overlooked. In contrast, in today’s Spain, it would be quite extraordinary that a Spanish court made the Madrid government retract in issues affecting the national interest and sovereignty. This is quite obvious in rulings associated with the Catalan independence process. While the EU considers Spain’s call to extradite Catalan MEPs and other politicians to be unworkable, Spain’s high courts uphold that judge Llarena’s calls for extradition still stand. Yet, for the moment, few voices have been heard denouncing that Spain is disobeying EU norms and ostensibly displaying shortcomings similar to Poland’s as regards the lack of separation between powers.

As for Poland, the recent sanction imposed by the EU Court of Justice (EUCJ) on this very lack of separation of powers has sparked an even harsher tussle between the Polish government and Brussels, involving a one million-euro/day fine to Warsaw for not suspending the controversial disciplinary chamber of the country’s Supreme Court, as ordered in a ruling on July 14. The European Commission has made it clear that if the Poles do not pay, the funds will have to be withheld from Poland. Yet Spain has already begun to receive these funds despite palpable parallelisms with Warsaw and Budapest in this field. Indeed, if in Poland the controversial reform of the judiciary (which includes the merger under the same command of the Ministry of Justice and the Attorney General’s Office) is considered a violation of the democratic principles of a rule of law, how can it be justified that in Spain it is the government in office that appoints the State Attorney General? Is that not equally jarring from a judicial point of view? Does this not show a lack of democratic health comparable to Poland’s, especially when we know that prime minister Pedro Sánchez has publicly boasted of the direct control he exerts over the Attorney General’s Office? However much he might have been bragging about this during an election campaign, is it not questionable that he should have done so in association with a “promise” he was making to bring back President Puigdemont from his exile in Belgium and have him tried in Madrid? What kind of separation of powers does this speak of? The incident recalls a similar admission by PP Senate spokesman Ignacio Cosidó when in 2018 he boasted that his party “controlled the back door” to the Supreme Court’s vital second chamber? What more proof does Europe need to confirm that judicial independence and the separation of powers are clearly absent in Spain, making a mockery of the mantra that Spain enjoys a perfect rule of law in contrast with truants Poland and Hungary?

Not surprisingly, the double standard that the Commission applies to Poland and the Spanish state has often angered the Polish government. It considers that in judicial matters, Spain is also a non-compliant state. Their claim certainly calls for attention. Indeed, the reform of the election system to elect members of the General Council of the Judiciary (CGPJ), proposed by the PSOE and Unidas Podemos, has been one of the arguments used by the Polish government to defend its judicial reform while demanding equal treatment from EU authorities. Polish Deputy Foreign Minister Pawel Jablonski made this clear on his Twitter account a year ago when he wrote: “If the European Union sanctions Poland for electing the judiciary by a three-fifths majority in Parliament, what will Brussels do when Spain appoints the GGPJ by a 50% + 1 majority?” Also via Twitter, the Secretary of State for Justice, Sebastian Kaleta, warned against the offence that the European Commission would commit if it allowed Pedro Sánchez’s socialists to proceed with the renewal of the CGPJ by a simple majority. According to Kaleta: “The European Commission and the Germans are creating mechanisms to put us [Poland] on the spot and force us to obey, while the Spanish model does not bother them in the least”. Indeed, there appear to have been no complaints that Spain should have been one of the first EU states to receive these European funds. Not surprisingly, and in a characteristically cynical fashion, they had also been one of the states signing a petition to punish Poland for its “democratic deficiencies”. That blind-eyed hypocrisy being shown by the EU once again…

According to the Polish government, Spain’s justice does just as it pleases paying no heed to what the European judiciary dictates. It may well be right because at present there are no signs of any form of serious sanctions being placed to correct Spain’s democratic deficiencies. The country has only received mild EU scolding –nothing vaguely resembling a threat– for the scandalous paralysis and politicization suffered by its Judicial Power General Council and other key judicial institutions. Nor has Spain suffered any form of reprimand for a case as scandalous as its failure to comply with the so-called Junqueras ruling, of December 2019, when the EUCJ specified that the former vice-president of Catalonia should be allowed to take his seat as an MEP on the virtue of his parliamentary immunity. Did the EU step in when Spain’s Supreme Court overruled this? In no way. Spain is not Poland.

Poland’s response to the sanction imposed by Brussels –the highest ever imposed by the judiciary– did not take long in coming. The prime minister made it clear that national law was to stand above the common law of the EUCJ. But isn’t that just what the Supreme Court had proclaimed in Spain? And yet, how very different EU response has been to those defiant statements. In any event, whether spurned or simply ignored, it cannot be denied that they cast a dark shadow over the future of the EU. If the European Union does not insist that the current member states of the Union –Spain included– must be governed constitutionally by the Treaty of Lisbon, it may pose a serious threat to the future of the European project as we have known it so far. Only if the institution pulls its weight with determination might things start to fall into place. In this sense, a step taken in this direction must surely affect Spain every bit as much as it does Poland and Hungary. Who knows, it may even be that the turn of events will end up having a decisive impact on the conflict between Catalonia and Spain. That is what should happen were democracy operative. At present, though, to entertain any degree of faith in such developments in the contradictory and State-orientated EU would call for huge doses of optimism. 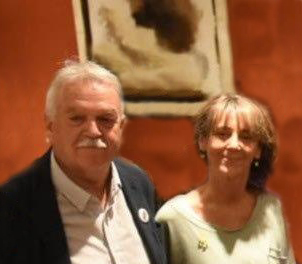 Please Dcontribute to Brave New Europe, a media offering direct insight into the Catalan and Scottish people’s struggle for self-determination and democracy against neo-Francoist Spain and neoliberal Europe

Sergio Cesaratto – Italy: ‘Inflation will be beaten by the end of the war, not by recession’

Wolfgang Streeck – Losers All Round

Western unity is back. When Western Europe returns to “the West”, the European Union is reduced to a geo-economic support service provider for the benefit of NATO, i.e. the United States. Wolfgang Streeck is the […]

Since the 1990s, public sector outsourcing has evolved through competitive tendering, partnership working (particularly via Public Finance Initiatives), strategic-commissioning and prime-contracting. Each of these iterations has promised better public goods and services for less cost. […]