The crux is that corporations and governments will leave out no tricks and lies to give the impression that we are well on our way to halting climate change, while doing too little or nothing. The contradiction between propaganda and fact will become ever larger. 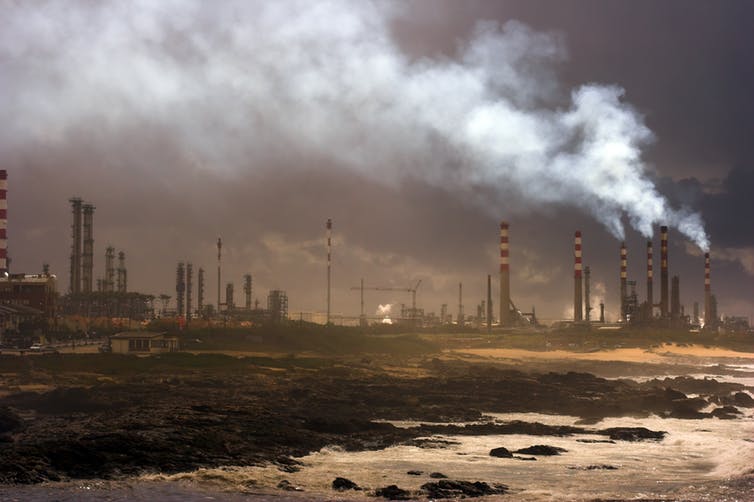 Sprawling net zero declarations have recently given us a sense that leaders finally “get the climate crisis”. The International Panel on Climate Change (IPCC), so it goes, has unequivocally judged that we will need to balance all sources and sinks of carbon dioxide by 2050 in order to meet the goal of the Paris Agreement to stop dangerous climate change from happening.

Apart from the fact that the concrete pathways discussed are not in line with the agreement’s goals, there is another important issue lurking in the details.

For a start, the concept of net zero, i.e. balancing sources and sinks of CO2, is nothing new but has been happening for a few million years on this planet as a natural process. (Atmospheric CO2 levels have predictably changed with the ice ages, but only within a clearly defined band from which we have now massively deviated) The amount of CO2 exchanged by natural processes – photosynthesis, decay of plant parts, dissolution in ocean and lakes – is about ten times larger than what we currently emit into the atmosphere.

This may sound reassuring at first, but it isn’t. Because it means that even a relatively small change in the natural sources and sinks can have large repercussions for climate warming. Worse still, this risk and uncertainty is generally not factored into climate projections produced for policy makers, such as those by the Climate Action Tracker.

So far, the changing balance of natural sources and sinks has worked in our favour, because the added CO2 has made the land ecosystems and oceans take about half of what we as humanity have so far emitted. Otherwise we would already now be faced with CO2 doubling, generally seen as a catastrophic outcome. (We now have 50% more CO2 in the atmosphere than before large scale use of fossil energy, otherwise it would be 100%). But a small change in the other direction can easily tip the balance and make the problem of planetary heating even more challenging than it is. This could happen for example when plants and microbes get under too much heat stress.

But there is an even more unexpected, sinister way in which this natural carbon sink could be altered … on paper: by simply reclassifying a given carbon sink from a natural cause to a human one and claiming it comes within net zero policies. Enter so-called “nature based solutions”.

This is how it works: first you declare some natural ecosystem your own, because you are a country or political entity and it sits on your territory. Then you claim that because of this or that policy, it is taking up large amounts of carbon. Step three, count it as part of your net zero obligations.

If all countries adopt that clever strategy, net zero will be redefined overnight to two-thirds emission reductions compared to 1990 levels. Much easier to achieve than a daunting “real” net zero task. Trick done, problem solved.

It appears that China is currently following exactly that path. The country recently announced that as much as one-third (!) of its 2060 net zero goal would be achieved by nature-based solutions, following the publication of a high-profile study showing that China’s forests take up as much as 45% of its emissions. China is now repeating what the U.S. did two decades ago, following a now debunked article claiming that U.S. forests would take up even more carbon than its industry emits. The inclusion of sinks later functioned as the carrot to bring the U.S. into the Kyoto Protocol – the predecessor to the Paris Agreement that was never ratified by the U.S. Senate. And in September of last year, the European Commission announced a new, tighter emissions goal at 55% below 1990 levels by 2030, but with the provision of also counting in the carbon sink of forests and soils. Notably, the EU Commission has a keen interest in understanding the size and location of an EU carbon sink, as I know very well from my own research.

After contacting the office of the relevant official, Frans Timmermans, I was reassured that EU accounting rules would make sure that this sink will be strictly “additional”, i.e. without intervention it would not exist. (See the comment section here). Apart from the fact that the sinks claimed by China and the U.S. cannot possibly be “additional”, it is practically impossible to distinguish between natural sinks and those caused by humans.

A good example of this problem is Sweden. According to my Lund colleagues Anders Lindroth and Lars Tranvik, the calculated size of the Swedish carbon sink came out half of what official statistics say after accounting for fluxes through lakes and wetlands. There also seems to be confusion as to whether the natural sink would count towards the country’s 2045 net zero goal. According to the Swedish Ministry of the Environment, this would include “greenhouse gases reduced through the natural ecocycle”), but the relevant text in Swedish strictly talks only about “additional” measures in line with international policy.

This general confusion around the nature of “natural” vs. “additional” sinks means that we should generally approach anything that has to do with so-called “nature-based solutions” with extreme caution. The illusion of “additionality” – deeply ingrained in the clunkily named “Land Use, Land Use Change, and Forestry Good Practice Guidance” – is to a great extent no more than a charade meant to protect the offsets industry.

Whether the confusion is deliberate or real, it should be getting very clear by now that the main players in the net zero game have already made up their minds and are zeroing in on the carbon sink of natural ecosystems as a convenient way to water down their commitments. Of course, the accounting trick will eventually show up as additional CO2 in the atmosphere and additional warming. But by the time everyone realises this, none of those responsible now will be in office.

The Next Generation EU programme seems to be doomed by the EU’s endemic corruption, for example Spain. Toni Strubell  is a former MP in the Catalan Parliament, journalist, and author of What Catalans Want Núria […]

Researchers Boig and Popan show in this video how women and migrants suffer particular forms of exploitation and oppression as platform ‘riders’ The Gig Economy Project, led by Ben Wray, was initiated by BRAVE NEW […]