A lot of interesting insights into the current development of China up to today. 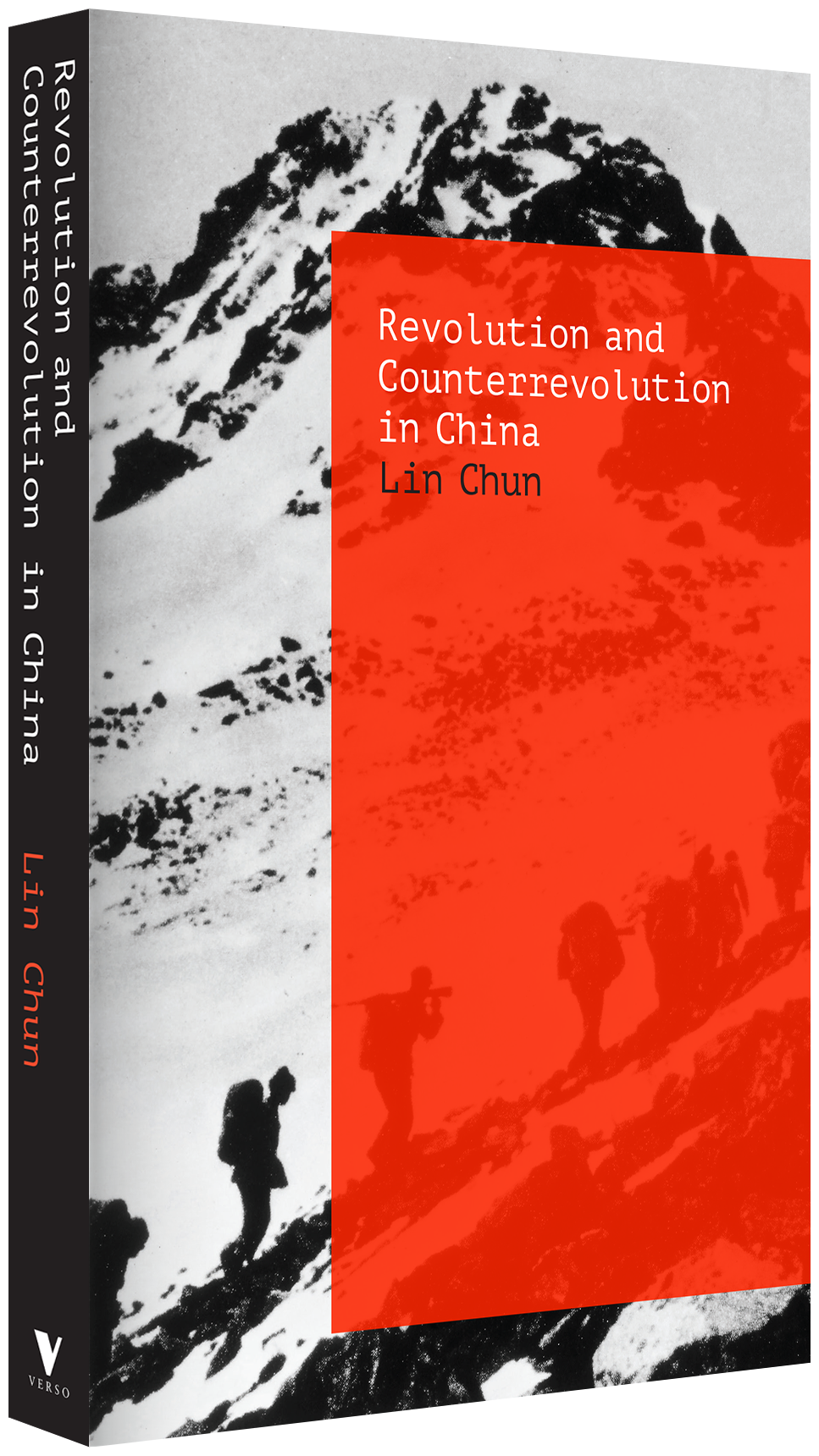 For the hundredth anniversary of the Communist Party of China, Lin Chun has written a critical history of the Party and the country (Revolution and counterrevolution in China, Verso, 2021). The criticism is levelled from the left as is immediately apparent from the title of the book. I would like, following the chronology adopted by the book, to divide the discussion into three parts. The first, going from the fall of the Imperial regime in 1911 to the end of the Cultural Revolution; the second, dealing with the Dengist “counterrevolution”, and the third, the theme spread throughout the book and then wrapped up in the last two chapters: Lin’s view on what the real rejuvenation of the Party and the Chinese nation should look like.

The 1949 revolution is rightly shown by Lin to have been a dual revolution: against the quasi-colonial status of China and against feudal institutions, among them concentrated land holdings, mistreatment of women, lack of access to education. This dual character of the revolution bestowed on CPC and China some global soft power: to be an example for other poor countries. It is to the issues of this implied internationalism that Lin will return a number of times in the rest of the book, including in her discussion of the Belt and Road Initiative.

Lin is, in my opinion, right to point to a number of achievements of the revolution despite the tragedy of the Great Leap Forward and chaos of the Cultural Revolution. When economists say that Deng’s reforms started under the conditions of relatively high literacy and good health indicators (both necessary ingredients for industrial success), they often forget to mention that these are not the inheritance of some ancient Chinese culture: they are the product of the 1949 Revolution. The success of Dengist reforms was therefore directly built on the earlier successes of Mao.

What Lin sees as happening after 1976-78 was a counterrevolution in which the top of CPC bureaucracy, severely tried and exhausted by the vagaries of the Cultural Revolution, decided to single-mindedly pursue economic growth in collusion with the nascent domestic bourgeoisie and foreign capitalists: “Not only submitting to the financial superpower [USA] but directly aiding it, China has taken a suicidal model of economic development” (p. 149). One of great ironies is “the leap from excessive class ideology in the context of a basically egalitarian society and the subsequent stifling of such politics with the onset of class polarization” (p. 169). Put in such terms, and buttressed by the statistics about the loss of effective land rights by farmers, fifty million workers who lost their jobs in the privatizations of the early 1990s, and mindless hedonism combined with apolitization of the masses, Lin’s characterization of the “second (counterrevolutionary) 1949 republic” (my terminology) may indeed appear reasonable.

But, I think, it is not. While bureaucracy burned by the Cultural Revolution certainly preferred stability, it is not given any credit by Lin for choosing the best path toward the “common prosperity.” That path was not painless; but no industrial revolution anywhere was painless. It could be argued that in terms of human costs exacted, and taking into account the size of the country and the extent of the transformation, Chinese post-1978 growth was much less destructive of lives than the equivalent American transformation (destruction of the indigenous population and slavery), British (enclosures, anti-vagrancy laws and colonialism), or Soviet (collectivization). None of these stains disfigured the Chinese trajectory.

Lin’s assessments of successes and failures in the last four decades would run at approximately 10 percent to the former and 90 percent of the latter. I think that the real ratio is probably closer to the very opposite: 90% of successes, 10% of failures. But when emphasizing some of these costs, Lin makes insightful comments and thus provides an important antidote to the bulk of recent economic literature on China which does the very opposite of what Lin argues in the book: minimizes the achievements of the first, socialist, period, and treats the second as successful only to the extent that it leads China toward becoming a multi-party capitalist democracy well integrated into the US-led international system.

Among such points made by Lin is the asymmetric distribution of gains from globalization. China gained a lot thanks to the high-quality and disciplined nature of its labour force, but other countries’ capitalists (most notably American) gained disproportionately more. Lin gives the (by now) well-known data about the minimal Chinese share in Apple’s profits, multiple tax advantages enjoyed by foreign investors, political power of such investors (to complain to CPC officials whenever workers show signs of possible disobedience), and very importantly, the concession made by China to join the WTO. Charlene Barshefsky, US trade representative, is cited as saying that no country has made as many trade concessions as China. The Chinese authorities, ever sensitive to the spectre of unequal treaties, did not publish some of 2020 trade concessions in Chinese, but only in English. These are the points of view, or rather facts, that among the current anti-China voices in the West are hardly ever heard. (One wishes however that Chen had provided more detailed statistics on each of these issues. One of the weaknesses of the book is the use of statistics only in a suggestive and illustrative way.)

Lin is also right to suggest that SOEs are more successful than is often thought. This is based on the fact that the effective tax rates paid by SOEs are higher than those of privately-owned companies, and that SOEs in addition are saddled with a number of social tasks that are never done, nor are expected to be done, by private companies.

This leads us to the third topic: what should China do now? Lin is much more circumspect and vague there. Jargon and long, often hard to understand, sentences do not help. Regarding land ownership, Lin is against formal privatization of land (which is not envisaged anyway) but it is not clear if she would prefer the continuation of the present petty-commodity production with excess labour being sucked by the industrial sector or some form of return to rural communes. In the manufacturing, Lin –again very vaguely—is in favour of much greater workers’ agency. She sees it as necessary if CPC is to return to its class-based political roots. But does this agency mean free trade unions within the privately-owned enterprises, or worker-run cooperatives? Or perhaps does it mean greater reliance on SOEs? Lin never commits.

Lin’s critique does not involve only domestic economic policies, but spreads to the sociological question of whom CPC represents (the theory of the Three Represents by Jiang Zemin is, not surprisingly, criticized), what type of globalization should China follow, how it should help poor countries, as well to the domestic ethnic issues (Uyghurs) and one-country two-systems (Hong Kong, Macao and Taiwan). On all of them, Lin provides important insights, much more realistic, in my view, than when critiquing economic policies.

How should the spirit of revolution be recaptured or rekindled? Lin’s preferred path is to keep on working within the CPC whose potential, despite having strayed from the right path, is not yet exhausted. She does not seem to have high hopes in the success of that project however, and rejects the idea that Xi Jinping and Mao have much (or anything) in common.

Yet, the last chapter, that surveys the most recent events (the pandemic, US trade sanctions, clamping down on internet platforms and financial monopolies, reinforcing the role of SOEs) suddenly provides a more hopeful picture. The reader gets the impression that, up to the last chapter, probably written just before the publication, Lin was very pessimistic about the likelihood of a left-turn and dismissive of Xi. But the events of the past two years seem to have made her entertain some hope that CPC could return to a more revolutionary road both in foreign affairs and domestically.

By now, it is well known that flying is bad for the climate. What’s not clear enough is that it is mostly a problem of inequality: flying is essentially a luxury activity, and in many […]

Richard Murphy – In 2008 we survived, just. Will we this winter? I really am not sure.

Just a wee look at what is brewing in Britain. Richard Murphy is an economic justice campaigner. Professor of Accounting, Sheffield University Management School. Chartered accountant. Co-founder of the Green New Deal as well as […]

Michael Roberts – The War On Inflation

Central banks struggled to meet their usual 2% annual inflation target with their usual weapons of interest rates and monetary injections.  And it will be the same story in trying this time to reduce inflation […]