Why should we expect that some parts of our lives would remain not entirely commercialized, when everything else is, and we ourselves eagerly participate in this huge commercialization? 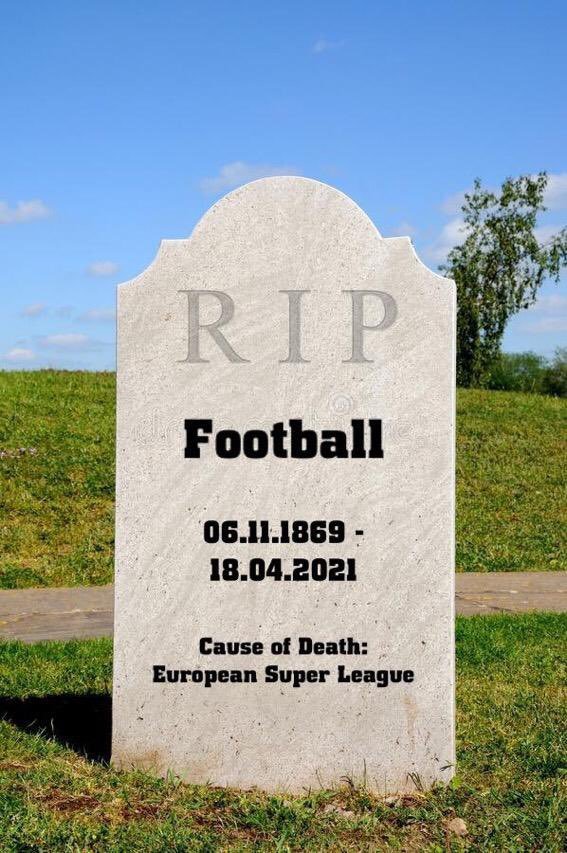 I should feel happy. I got it right. The entire Chapter 5 of “Capitalism, Alone” is an exposition of increasing commodification of everything, including our leisure time and ordinary lives. In last November’s conversation with Forbes magazine, I said that a pan-European soccer league is inevitable: clubs are run as pure money-making machines, there is just too much potential money lying around, and the top clubs will insist on getting more exclusive, and mostly playing against equally strong teams. I also thought that it is only a matter of time until the international football dies. Club owners do not want to expose players for whom they have paid millions of euros to unnecessary effort and possible injures playing in games that matter little and financially bring nothing. Why should we expect that some parts of our lives would remain not entirely commercialized, when everything else is, and we ourselves eagerly participate in this huge commercialization? We do it by renting our homes, cars, signing prenuptial and non-disclosure agreements (with the latter thus selling our right to free speech—for the right price).

So, should we give up complaining?

Perhaps. But even if we do so, we cannot not realize that what the twelve clubs are proposing to do is still a quantum leap in that regrettable (and to some extent shameful) direction. While increasing commercialization of soccer has been going on for several decades, soccer has tried, at least formally, to preserve the pretence of openness. Even when the Champions’ League (CL) changed its format from being open to best clubs of all European countries equally, to allocating more spots to the top leagues, it did not entirely shut the door. Small clubs in big leagues could still hope to make it to the CL through good performance in the home league; big clubs in small leagues could still hope, that, after several gruelling stages of classification, they could make it to the CL. The door was largely closed to an equal competition between big and small clubs, but it was not entirely shut.

Now, it is sealed. We shall have 12 or 16 or 18 teams compete forever amongst themselves, without a fear of relegation and without incentive, or rather possibility, for anyone else to make it into this august group. It is unnecessary even to point out how far it is from what football/soccer has meant in the past century, more exactly from its very codifications as an international sport. It was often the vehicle for political, social, economic or national aspirations; it was the meeting place when all other venues were closed; it was the place where you could chant anti-government slogans when elsewhere you would be chased by the police or thrown in jail. It was a place for social mobility if you were a player, or for social mixing if you were on the stands. It was a place where people would stand for a couple of hours under the rain or snow to watch players they loved. It created not only great footballers, but valued people with individuality, with opinions and beliefs. Maradona was not only great because he scored many amazing goals (including with his hand) but because he refused to shut up, to play the game of extreme commercialization where players are paid to run around and never to utter any opinion. When they are role models the way that automatons are.

The beginning of the Super League puts a formal end to all of it. It formalizes indeed the stage to which soccer has regretfully come. It is not a strike out of the blue; it is just a much predicted and foreseen storm. We shall have, like in tennis, a league of robots, controlled by their international kleptocratic pay-masters. They will play only in selected countries (four in the case of tennis, perhaps three or four in football), in selected stadiums, in front of selected audiences, permitted to say only the most trivial platitudes. It will be the end of football as it tried to be for more than a century. It will be a sort of a game that we can play on our commuters, with players who just seem to be live creatures.

Lars P. Syll – Sweden Would Have Been Poorer with the Euro New Study Shows

Like the Brits later, the Swedes had the courage to oppose the neo-liberal dictate of the EU. Lars P. Syll is an economist at the Faculty of Education and Society at Malmö, Sweden, not to […]