Unfortunately Corporate Europe Observatory does not answer its own question why the European Commission is supporting the Gig Economy corporations: Corruption. 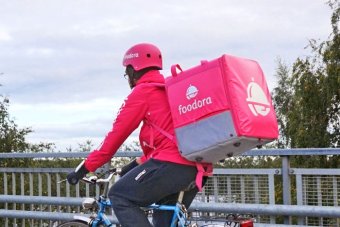 The ‘gig’ or ‘platform’ economy – which refers to online companies such as Uber, Airbnb, Deliveroo, and TaskRabbit – is increasing its lobbying presence in Brussels. Platform companies’ key concern is to maintain their special privileges as part of the so-called ‘collaborative’ digital economy, including freedom from many regulations that ordinary taxi, home-letting, or temp firms, say, would be subject to. Of particular concern is the way companies like Uber class their workers as self-employed, thus contributing to a growing degradation of labour rights.

Over the years, the platforms have been at the centre of heated debate in cities and member states. In response to the challenges platforms pose to eg. housing policy or labour rights, authorities have taken measures to mitigate the effect of the rapid increase in the use of the services provided by platforms.

In response, some platforms, Uber and AirBnB in particular, have launched multifaceted lobby campaigns to persuade decision-makers in the EU institutions to come to their defence. In particular, they have worked intensely for years to persuade the Commission to develop its interpretation of two existing directives that suits their interests.

The two directives are the e-Commerce Directive from 2000 and the Services Directive from 2006. Both were written in another era, well before the gig economy became a political issue, and the texts do not provide self-evident answers to the burning questions around the gig economy. But thanks to direct involvement with the Commission, via pressure exerted from industry groupings and lobbying associations, through work with think tanks, we often see the Commission act in their favour. Lobbying efforts are rewarded: the platforms are clearly able to use the application of EU single market rules to push back against regulation adopted at national level or in cities.

The current application by the Commission of the two Directives touch on key interests of the platforms. The e-Commerce Directive makes it difficult to impose rules on the platforms due to the so-called ‘country-of-origin principle’. Also, the same directive enables platforms to refuse to cooperate with local authorities when they try to acquire the necessary data to enforce protective laws. Even a simple thing as a requirement to obtain a licence can be prevented by the current reading of the e-Commerce Directive. On top of this comes specific challenges from the Services Directive – eg. the ban in the directive of ‘quantitative limits’, which in the case of Airbnb and similar rental platforms, can help them reject restrictions on the use of the platform.

Unfortunately the European Commission, dazzled by talk of innovation, has been all too willing to be influenced by these companies’ lobbying aims. And if the Commission does not live fully up to expectations of platform lobbyists, they can often rely on member state governments instead, as in a recent case on the definition of ‘employee’ which leaves many platform workers without the protection enjoyed by colleagues with similar jobs.

However, the EU institutions cannot continue to ignore the fact that platform economy appears to be an efficient model for privatising profits whilst socialising the risks. Meanwhile the social impacts, from loss of labour and consumer rights to unaffordable housing, are on the rise.

Guillem Colom-Montero – ‘COVID Summer of 2020: From Overtourism to No-Tourism in Southern Europe’

Many EU citizens witnessed how their cities have become tourism commodities, Disneylands in the EU economic master-plan. With COVID-19 they have re-discovered their home towns and civic culture. Guillem Colom-Montero is a Lecturer in Hispanic […]

Reforming the controversial Energy Charter Treaty is a mission impossible: the EU and member states are wasting their time