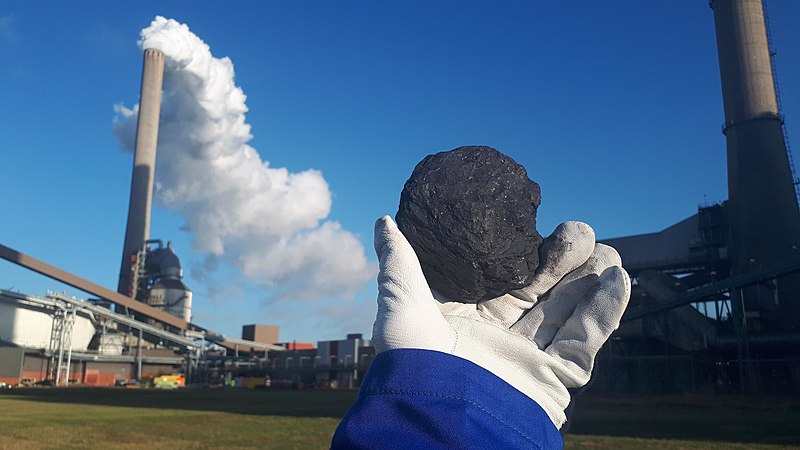 The Glasgow Climate Pact urges countries to “accelerate efforts towards phasing down”, rather than “phasing out”, coal power that isn’t mitigated by carbon capture and storage. This subtle change to the text surfaced at the end of COP26, the latest UN climate change conference, at the insistence of India and China. So are these two countries to blame for the summit’s disappointing outcome, as many are suggesting?

Largely formed from plants and animals buried in the Carboniferous period 359 to 299 million years ago, fossil fuels like coal and natural gas are found on every continent. But their global distribution is not even – India and China have significant coal resources, but comparatively little natural gas.

Providing 37% of the world’s energy, coal is the single largest source of electricity generation globally. It is projected to remain the leading energy source into the 2030s, particularly because its use in India in China is still growing.

The UK has reduced its carbon emissions by switching from coal power to natural gas. Coal generated 41% of the country’s electricity in 2012, while natural gas made up 25%. A decade later, coal is almost non-existent in the UK’s energy mix and natural gas is the largest source.

Over half of the 30% reduction in the UK’s carbon emissions during the past decade were due to this switch from coal to gas, with the rest driven by rapid increases in renewable generation.

Why natural gas burns cleaner than coal is due to a quirk of chemistry. The amount of CO₂ produced when a given fuel is burned is largely a function of the elements it’s comprised of. Natural gas is mostly carbon and hydrogen. This combination has a very high energy content relative to other fuels, and so, it produces relatively less CO₂ emissions for each unit of energy burning it generates.

Impurities such as sulphur, which are common in coal, increase how much CO₂ is generated for each unit of heat. This means even the highest quality coal produces double the CO₂ emissions of natural gas per unit of energy.

Energy demand is closely linked with productivity. As economies like China and India rapidly grow and develop, their energy demand is expected to rise in tandem. But their ability to follow the UK in switching from coal to natural gas as a primary source of electricity generation is limited because they have comparatively less natural gas. The UK produces over half its natural gas from the North Sea and has made a lot of progress in ditching coal.

No mitigation without aid

Per person, emissions in both China and India are still substantially lower than almost all developed countries. India’s per person emissions are less than one-quarter of the global average, and roughly one-tenth of those of the US. Close to a quarter of all carbon emissions come from manufacturing products which are exported and consumed in other countries. Textiles and clothes exported from India and south Asia account for over 4% of global emissions.

Labelling India and China as the chief villains of COP26 is a convenient narrative. The financial aid which rich countries promised yet failed to deliver as part of the Paris Agreement signed in 2015 was supposed to help developing countries dump coal for cleaner sources of energy. And while the world berated India and China for weakening the Glasgow Climate Pact’s coal resolution, few questioned the fossil fuel projects being floated in developed nations, like the UK’s Cambo oilfield and the Line 3 oil pipeline between Canada and the US.

Switching from coal to gas offers a quick and partial win for reducing CO₂ emissions, but doing it depends on geology and geography. A rapid switch to renewable energy sources is easier when energy demand isn’t growing as fast, like it is in rapidly developing countries. These countries need financial assistance from richer countries to make that leap. Until that is delivered, developed countries have no right to lay the disappointment of COP26 at the feet of China and India.

BRAVE NEW EUROPE is a not-for-profit educational platform for economics, politics, and climate change that brings authors at the cutting edge of progressive thought together with activists and others with articles like this. If you would like to support our work and want to see more writing free of state or corporate media bias and free of charge. To maintain the impetus and impartiality we need fresh funds every month. Three hundred donors, giving £5 or 5 euros a month would bring us close to £1,500 monthly, which is enough to keep us ticking over. Please donate here

The Climate Change Crisis has reached such dangerous proportions that we all have to alter our mode of living and thinking. We at BRAVE NEW EUROPE too, will in the future (actually we began a […]

Young people between 15 and 24 are likely to experience the greatest difficulties in finding work in the years ahead. Their transition to their first job and, more generally, to making a life of their […]