The EU has always been open for fascists in its political class as long as they  maintained the EU fairy tale of democracy,  justice, and social equality

Flávio Gonçalvesa is a columnist and book critic at the Portuguese language edition of Pravda.ru, editor at Libertaria.pt, member of the local (civil parish) government (Socialist Party) 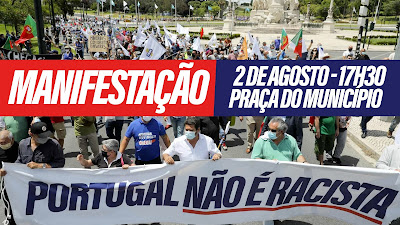 Portugal and Spain had right-wing dictatorships that lasted through decades, yet both countries were the last to have successful far-right parties electing MPs when compared to the rest of Europe, why is that? The following analysis has rendered me many hates in Portugal, but it is quite factual.

It’s quite simple actually, for most part the MPs that on April 24 of 1974 were part of the authoritarian National Union party went to bed after the April 25th Carnation Revolution of 1974 as members of the Social-Democratic Party (PSD), of the Social Democratic Centre (CDS) and of the Socialist Party (PS), even the secret police (PIDE) had a place on the democratic regime that followed training the newly founded border police and staffing the already previous existing Judiciary Police, those not crazy enough to have fled to South Africa or South America.

Throughout the years these people were all very content on being public servants or even MPs and members of staff of the new democratic parties, for my experience having met quite a few over the years you could say they were democratic by day, while collecting New State dictatorship memorabilia, and even Nazi and Fascist memorabilia, by night. You see, the Portuguese dictatorship of Salazar was not all that ideological, it pretty much preached that the elites ruled, and the others followed, and that politics was a nuisance and something on the reach of only a few enlightened folks, those of military and academic background or preferably both.

So, for most of the former National Union members and MPs all they needed to do was learn the new rules and keep their jobs, no fuss, no mess, just business as usual. And that worked just fine for decades, until Antonio Costa´s Socialist Party failed at winning the election in 2015, but for the first time ever decided it would take advantage of the left-wing majority of MPs (the right-wing PSD won the election but had less MPs than the whole left-wing MPs combined) and would break the gentleman’s agreement that had been in place since 1974: the party with most votes’ forms government, even if it has no majority in Parliament.

The side effect was that those that were “Fascist” at heart, using the common word for the far-right these days although the New State was not Fascist per si and even prosecuted and incarcerated real Fascists, no longer felt comfortable within CDS, PSD and PS as the minimum they had always expected of the democratic establishment was its anti-Communism and to hold the unwritten gentleman’s agreement, most mainstream right-wingers joined them screaming this was a coup d’état of sorts by the left, and since 2015 the ground became fertilized for a new form of politics, the far-right CHEGA (ENOUGH) was born on April of 2019 and elected its first MP.

The party claims to have over 25,000 members and most of its local sections were formed by former members of CDS, PSD and PS that no longer felt comfortable in their own parties, and it has attracted fringe far-right Identitarians and Neo-Nazis looking for a new home after decades of unsuccessful ventures (CHEGA has been trying to detect these and expel them over the last months, or at least so it claims).

The other factors were Andre Ventura’s craftmanship as a TV star before CHEGA, a particular hate/fear pretty generalized amongst the Portuguese population that no previous far-right party had dared explore, an apparent support from the embassy of the USA in Lisbon and the Iranian opposition, that I will leave to a follow up article. In a single year CHEGA has elected one MP to the National Assembly and two MPs to the Regional Assembly of the Azores, that are already supporting a surprise right-wing coalition government.

Meanwhile, in the midst of the elections for the President of Portugal (January 24) and while I write this, Ventura is parading around Lisbon with Marine Le Pen and is polling on 3rd place if the National Elections were held today…

Öko Institute – Land use in the EU Climate Target Plan 2030: Ecosystems are more than carbon reservoirs

Carbon sinks such as forests are taken for granted and assumed to be a panacea, but once again the EU has no plans for increasing or maintaining these The Öko-Institut (Institute for Applied Ecology)  is […]