In which direction is Draghi going: serving the Italian people or EU neo-liberalism? 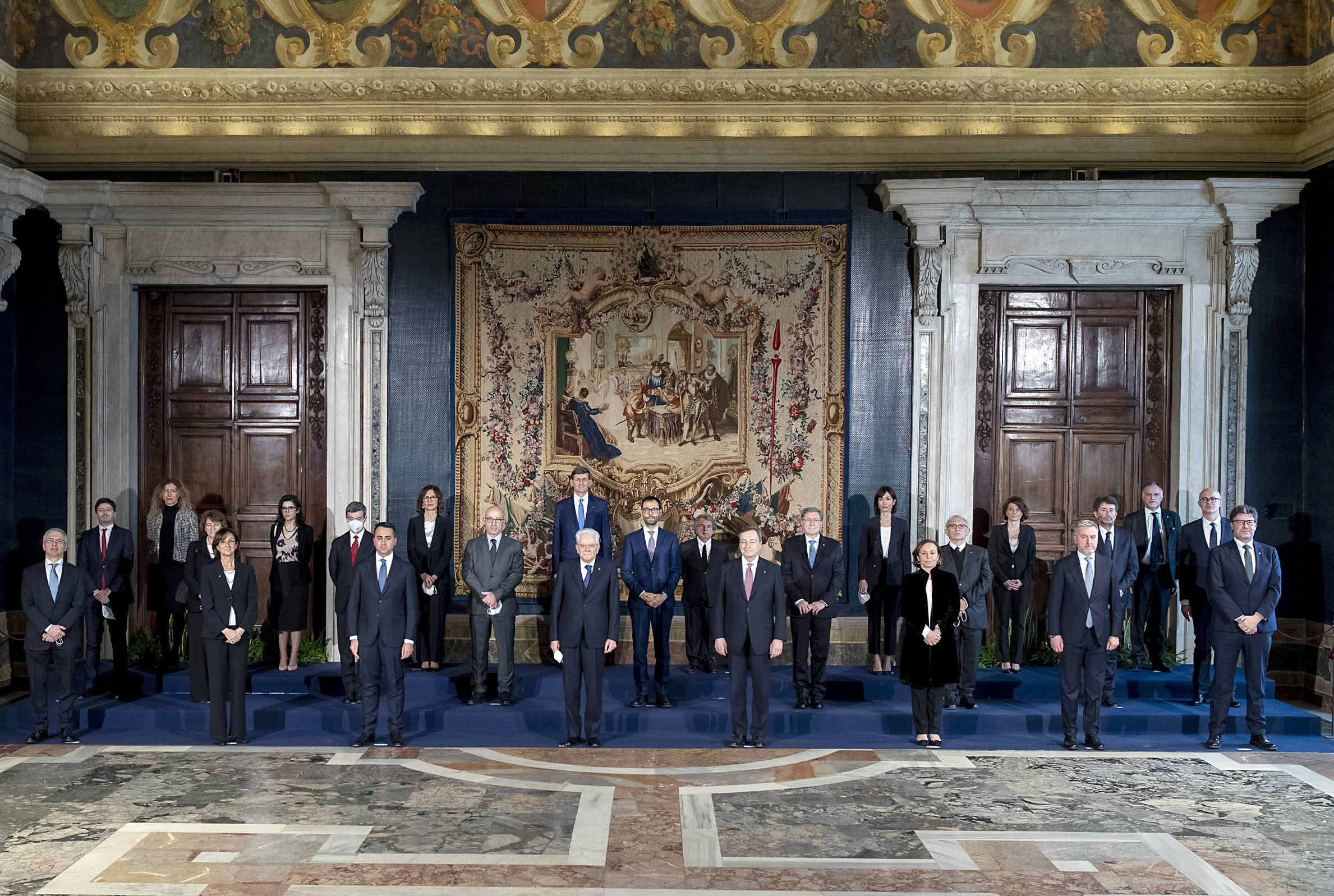 The Fall release of the NADEF, as stressed by the Minister of Economy and Finance Daniele Franco, does not usually constitute an occasion of wide interest, simply because it only slightly updates the Government’s targets as approved six months earlier in the DEF, the multi-year Economic and Financial Document that sets out the policy framework for Italian fiscal policy.

However, in the last six months, economic growth in all Western countries has been revised decisively upwards due to improvements in the outlook allowed by the effects of the vaccine. Italy, which will grow by 6% in 2021 compared to the 4.5% earlier forecast, is not escaping this seemingly happy fate. And yet all the international statistics remind us of our delay in the post-Covid revival: compared to (recent OECD estimates) a world that sees a growth at the end of 2022 of 6.8% compared to the level of GDP 2019 (pre-Covid), driven by the bursting US recovery (+6.5% thanks to the truly expansive fiscal policies of Biden) and slowed down by that of a still timid euro area (+3.4%), Italy is the laggard with a level of +1.1%. Responsible for such a poor performance over time can only be the anomalous request to Italy to adopt, starting from 2022, an unprecedented budget restriction, approved in the last April’s DEF and by the European Union. It envisaged that, in the face of a (much-needed) widening of the deficit to 11.8% of GDP in 2021 to help our economy hit by the second wave of Covid, there would have to be an abrupt and immediate reduction of the deficit to 5.9% in 2022. This implied a 120 billion euro in one year of lower public spending and higher tax revenues, that inevitably undermined any hope of a recovery similar to that of other countries like ours that have been hard hit by the pandemic, such as Spain, which has not been asked to adopt similar austerity measures. And, in parallel, the DEF contained a promise to reach a deficit to GDP ratio of 3% by 2024 (3.4% to be precise), a threshold that the European hawks like, an iconic symbol that has never faded of the old austere pact called Fiscal Compact.

This is why the NADEF was expected by many as a possible last resort, an attempt to reverse our negative economic recovery performance through a more expansionary fiscal economic policy for the three-year period 2022-2024. This is because higher growth in 2021 was an unexpected bonus: in other words, it allowed the possibility, given the improvement in public finances due to the cycle, of confirming April’s 11.8% through additional new public investment that, in a true virtuous circle, would have further driven growth towards the levels of other European countries and the simultaneous reduction of public debt to GDP.

Indeed, President Draghi himself has (explicitly) acknowledged what some economists have been arguing for some time: that the only way to reduce Italy’s debt-to-GDP ratio is to work towards greater growth. In fact, if the unexpected growth of 6% has led to the estimate of the debt-to-GDP ratio for 2021 falling from 159.8% in April to 153.5% in October, can we imagine what would have been the thaumaturgical power on the debt of further virtuous spending on investment, aimed at making us grow like other European countries?

We were therefore surprised to hear Daniele Franco announce that the government had no intention of taking advantage of this opportunity to confirm the 11.8% deficit level promised in April, but rather, he noted, that “spending was lower than expected” and that the government would not have compensated for it with extra investment and higher growth, leaving instead the 2021 deficit at 9.4%, 2.4% of GDP less (about 40 billion euro) than promised in April. Of this 2.4 per cent, a good 1.7 per cent, or two-thirds, was also a reduction in the structural net borrowing, i.e. not due to the cycle but to a specific choice by the government to spend less than it had planned in April.

Put another way, this choice, by keeping the 2024 deficit target unchanged at 3.3 per cent, has meant bringing the start of austerity from 2022 to 2021 and with it the fiscal adjustment path, anticipated by one year. Economic growth forecast for 2022 also suffered, falling by one decimal point from 4.8% in April.

Our Prime Minister Draghi is the only one who has the reputation and attention of his European colleagues to be able to convince everyone that Italy, by spending well on more investment, would succeed in reducing its debt to GDP through growth. He could have successfully argued, we are sure, that it would have been a good idea not only to confirm Italy’s deficit as a proportion of GDP in 2021 at 11.8% but also that its reduction in 2024 should have been reduced, to 6% for example and not 3%, thus making it possible to put Italy and therefore Europe on a secure footing thanks to our additional economic growth. This has not happened, and for anyone who claims to be an ardent supporter of the European project and of the euro, this is not good news.

Power to the platforms. AlesiaKan Luke Yates, University of Manchester What David Cameron once called “the far-too-cosy relationship between politics, government, business and money”, has come back to haunt him. By lobbying on behalf of […]

Michael Rafferty – State and Workers’ Power in the Irish City-State

The recent ruling of the EU’s General Court in favour of Apple and the Irish state has led to a renewed discussion around the future of Ireland’s tax haven status. Michael Rafferty argues that Ireland’s low-tax arrangements […]