Guy Standing is a Professorial Research Associate at SOAS University of London, is a PEF council member and a Fellow of the Academy of Social Sciences; he is author of The Corruption of Capitalism: Why Rentiers thrive and Work does not pay (London, Biteback, 2021) 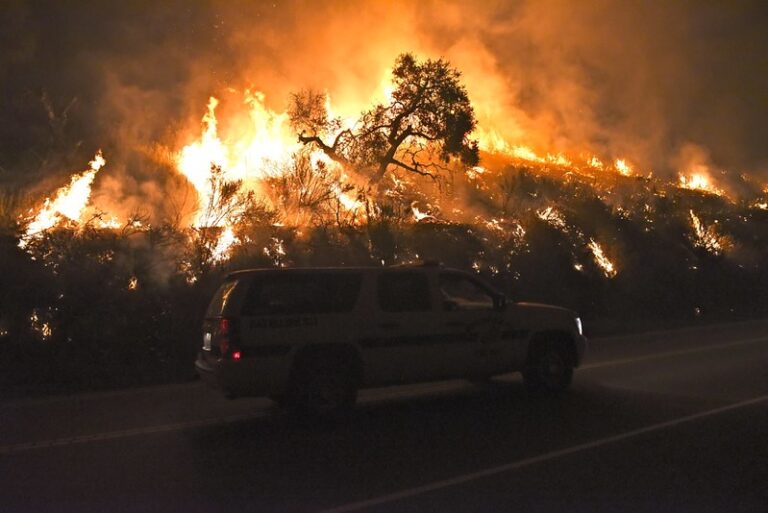 Among the most depressing aspects of the latest IPCC report is the predictable lamentations by the usual suspects trotting out platitudes about the last chance to do something to stop the era of extinction rushing towards us all. Where is the acknowledgement from the likes of John Kelly and Alokh Sharma or sundry other spokespersons that the fundamental cause is rentier capitalism and that the only effective route to salvation is to dismantle its policies and institutions.

For instance, the best way to produce a roll back of greenhouse gas emissions is to penalise those emitting them so that they will be forced to curb them. Impose high carbon taxes or levies. Why is that not being advocated and done? Because industrial lobbies hold sway in pro-capitalistic governments. But the UK government has rigidly maintained a freeze on fuel duty for eleven years in a row, costing about £4.5 billion in lost revenue if they had just adjusted it to inflation. But it needs to be much higher to have any positive effect on pollution. Talking of net zero when you are doing that is infuriatingly hypocritical. You cannot be serious!

The seas are being polluted and made acidic because horrendously large container ships, ghastly 13-story cruise liners and vast long-distance industrial fishing fleets from the rich countries, including China, are plundering the oceans, pumping out poisonous diesel and other fuel and waste, killing people as well as precious marine life. They are only able to do that because they receive huge subsidies from their governments and regional bodies. Those subsidies could be stopped tomorrow morning. Why are they not? Because governments are in cahoots with industrial fishing companies. Why are giant fishing factories allowed to trawl the seabed, destroying areas of natural carbon sequestration, the biggest on our planet? Because governments are representing the interests of their capitalistic industries, and choose ‘jobs’ and GDP growth over preservation.

The solutions being proferred are no less dishonest. For instance, governments boast, as the UK’s has repeatedly done, that they are protecting the marine environment through setting up marine protected areas (MPAs). These are mostly fraudulent, since in many of them industrial-scale seabed trawling is being allowed. Nudge, nudge, Jim, we will call it protected; don’t worry. An international study found that destructive industrial fishing was much more prevalent in MPAs than areas not protected. Indicative of the pattern, Britain slashed funds for monitoring the sea, and today has just 14 vessels to patrol millions of square miles it claims to own.

Then there is the protection of nature through so-called ‘national parks’, where the air is supposedly fresh, the wildlife thriving and you and I are free to roam. In the UK, severe budget cuts under austerity meant the maintenance and retention of those and others suffered terribly. There are 27,000 parks in Great Britain, and a survey found that 92% of all park managers had been unable to maintain them during the austerity era. That is deliberate action by government. Do not weep crocodile tears. Put the money back, and if necessary (which it is) raise taxes on the wealthy.

That is what must be done. But sadly, we cannot expect pro-capitalistic governments, funded by affluent plutocrats who live a life of absurd affluence because rentier capitalism is allowed to flourish, to do anything serious. What we can expect is plenty of earnest statements about the desperate plight of humanity and nature. It is tantamount to St.Augustine’s prayer, ‘Please Lord, give me chastity and continence, but not yet.’ In this context, it means let me not be the instrument of what must be done.

One trick they should not be allowed to play with success in what is called the geo-engineering vision, the view associated with Bill Gates and others, that we need not be too worried because capitalism will find technological solutions. Something close to a variant of this is a Green New Deal and the view of a future of ‘green jobs’ and renewable energy. This is a version of having your cake and eating it.

The existing public rhetoric risks strengthening what is known as Sinn’s Green Paradox, named after the German economist who first raised it. This is something like as follows: If you state that society is going to cut pollution or global warming by some future date, with the intention of phasing out fossil fuel consumption over a period of many years, you give incentives to energy companies to increase their short-term production.

It is relevant to note that while the three major energy corporations in Europe – Shell, BP and Total – have committed to shifting into renewables, and to whatever is meant by net zero by 2050, if not earlier, they have actually been increasing their investment in oil and gas exploration and production. The reason is quite simple: That is where the big profits are. And they know that profits from gas and oil are higher than from renewables, one reason being that the latter rely on a natural commons that at present is still free for anybody – air, wind and sunshine. The economic return to oil and gas will remain higher and be less risky.

The paradox is made greater by the eerie fact that the major energy companies are saying that their investment and production of renewables will depend on generating more cash (profits) from hydrocarbons, as BP announced quietly in one of its financial strategy reports last year. So, we should produce more fossil fuel energy now so that we can switch to renewables later. There should be no need to explain how catastrophic such reasoning will be.

The answer must be to reduce profits sharply and immediately, through steep carbon taxes and much tighter regulations. Unless this comes out of Cop26 in Glasgow in November, we should judge it a dismal failure. What hope can we have with our pusillanimous political leaders, most in posts because of their links to financial capital and big industry? Promising a future of ‘green jobs’ and even a fossil fuel non-proliferation treaty, committing countries to no new coal power power plants, no new oil and gas operations and no airport expansions, may be laudable but will amount to kicking the ball into the long grass.

Keynesians have their humble pie to eat as well. Trying to accelerate GDP growth and move towards so-called Full Employment will mean more resource-depleting labour – jobs – and continued high priority to industrial investment and consumption. What we all have to realise is that so-called green investment is actually contributing to the ecological collapse. Take offshore windfarms. They require vast amounts of steel and minerals to build and operate, and they destroy pristine seabeds. Yet they are being given the go-ahead without proper environmental impact assessments.

Unless we have public statistics on the carbon footprint and ecological cost of building giant wind turbines, the cost-benefit estimates of renewables is dishonest. Making the resins for the giant wind turbines requires huge amounts of crude oil, while the copper, iron and other ores needed requires a vast amount of mining. Similarly, solar panels require a huge amount of non-renewable raw materials. And there is something rarely mentioned, as far as I can see, which is that wind turbines and solar panels have relatively short lifespans, in the region of 20 years, so requiring ecologically costly replacement long before the arbitrary target date of 2050. As for the prospect of generalised electrification, the need for millions and millions of batteries will require vast quantities of lithium, which requires an extraordinary amount of water to produce. Lithium mining is ecologically lethal.

While vital, a key lesson is that energy switching cannot be the main answer. We need a society in which there is less demand for energy per se. It is a facile error to pin all or most of the blame and responsibility on the fossil fuel industry. It is the way we live and work in the 21st century that must change as well. That means nothing less than the dismantling of global rentier capitalism and the income distribution system that it embodies. We must start by acknowledging that if most of the income from GDP growth goes to the owners of private property – financial, physical and ‘intellectual’ – we will continue to depend on high growth to raise living standards of those in poverty and insecurity, which will be fatally self-defeating. We need policies to capture the rent, to recycle the rent and to dethrone GDP growth from its pedestal of policy thinking. Nothing less will do.

Dan Meyers/Unsplash, CC BY-SA Ben Christopher Howard, University of Birmingham The coronavirus pandemic has grounded thousands of aircraft, contributing to the largest-ever annual fall in CO₂ emissions. At some point though, the planes will soar […]