This article may be somewhat overly optimistic. There has been no real change up to now. Even in the United States Volkswagen could buy driving rights for its diesel powered cars. 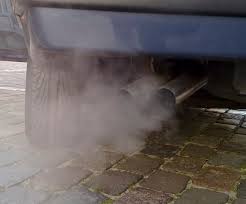 In August and again in December of last year, I was asked to speak about the implications of the surprising surge in public announcements of future bans on certain types of vehicles. At the time, I split these bans in two groups. The first group have mostly been announced by European cities (e.g., Paris, Barcelona, Madrid), and were driven by air pollution and public health concerns caused by elevated NOx emissions from diesel cars. These bans have relatively near-term deadlines between 2020 and 2025.

The second set of bans are typically announced by national governments (e.g., India, China, UK, France), target all fossil fuel vehicles, establish longer term targets in 2040 or 2050, and are motivated primarily by climate change rather than air pollution. To me, these bans were a signal of growing political will, impatience with the pace of progress towards decarbonizing the transport sector, and a complementary desire to speed the transition from fossil fuel vehicles to plug-in electrics.

The effect of these bans – primarily the near-term city bans –  on sales of diesel cars in Europe has been significant. As the figure below shows, sales of diesel passenger cars in five major markets of Italy, Spain, France, UK and Germany have fallen on average from 56% of new car sales in 2012 to 44% as of January 2018. The most striking change has been in France, where diesel cars fell from more than 70% of new passenger vehicles sales to 46% today.

While the threat of future bans has caused uncertainty and depressed sales, it was not clear whether cities actually had the authority to ban vehicles. Thanks to two recent judicial decision in Germany and France, we now have a far better understanding.  In a word, the answer is yes, although there are limits, and these actions must be based on solid evidence and implemented gradually.

In Germany, the highest federal administrative court affirmed two lower court rulings that required the cities of Dusseldorf and Stuttgart – ironically the home of Daimler, the company that produced the world’s first diesel power car, a Mercedes Benz – to develop a plan to come into compliance with ambient air quality standards as soon as possible.

A central principle underpinning the decision is where there is a conflict between laws of member states and Europe, the European law prevails. In this case, Europe’s Air Quality Directive prevailed over Germany’s traffic laws.

German owners of 15 million diesel cars now face uncertainty. The court ruled that implementation should be gradual, such as limited to certain roadways, during certain times of day or week, and for the most highly polluting vehicles. Hamburg has already implemented a ban on all diesel cars except Euro 6 models, while seventy other Germany cities currently exceed air quality limits, including Berlin, Munich and Cologne, but have not yet brought about measures to comply with the European directive.

The implications are potentially far reaching. Ugo Taddei, lead attorney for Client Earth, suggested that the ruling would lead to a domino effect across Germany, with implications beyond. And as a practical matter, courts have signaled that diesel bans are an effective means of lowering air pollution while rejecting more modest measures such as speed limits of 25 km/h adopted by Stuttgart.

The situation in France is different, but equally important. In 2013, traffic was banned from a portion of the Left Bank, and in 2016, from three miles along the Right Bank.  In February, Paris was presented with a setback when an Administrative Court annulled a 2016 decree which gave the mayor the power to ban cars along the Seine, citing “omissions and inexact information” in data used to justify the ban. Mayor Hidalgo has promised to appeal the court’s ruling.

Another important takeaway from these judicial rulings is that data matters. In Germany, the courts have demonstrated a willingness to scrutinize and even reject policy measure that they deem inadequate (speed limits), while in France, Paris received judicial push-back for promulgating policy without sufficient data. In response, as is our practice, we are developing the tools and data to better understand the magnitude of real world vehicle emissions.

In the spring of 2017, we partnered with the FIA Foundation and others to launch the TRUE (The Real Urban Emissions) Initiative. We are utilizing a technology called remote sensing to measure exhaust emissions as vehicle pass by the measurement location. In this way, we are gathering snapshots of emission rates from thousands of individual vehicles. It bears repeating that the root of the problem lies not with the diesel engine, which technically can be as clean as a petrol vehicle under real-world conditions, but with lax enforcement.

It’s well known that the auto industry is in the midst of a major transition. The nearer-term city bans are already accelerating investments in battery-electric cars, while the longer-term, climate change-driven bans have set the outer goalposts.  Our work with the TRUE initiative, now joined by C40 Cities, will be to help government and industry leaders navigate between these goalposts with data driven policies.

Nacho Álvarez – Spain: Pedro Sánchez and the trilemma of political will

Spain’s social democratic party (PSOE) led by Pedro Sánchez and the left-wing alliance Podemos Unidos, led by Pablo Iglesias, are seeking a common policy. That could be more difficult than it appears at first, explains Nacho […]