J. W. Mason is Associate Professor of Economics at John Jay College, City University of New York and a Fellow at the Roosevelt Institute. 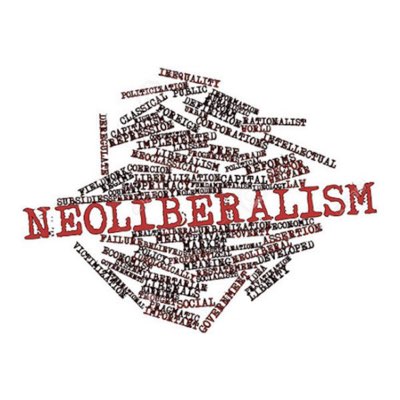 A couple of weeks ago  I wrote a post on the logic of pay-fors.

The key point of that post was that you might support the principle that public spending ought to be be paid for, even if you did not believe that government faces a genuine financing constraint. Specifically, you might think that linking spending to tax increases would (1) enforce a stricter prioritization of public spending, eliminating programs of minimal or negative social value that would otherwise be adopted; and/or, (2) create pressure for desirable but politically. challenging tax increases, including higher taxes on concentrated income and wealth.

I thought it was worth spelling this out because there are a nontrivial number of people in the liberal-to-left world whose hostility to the idea that the government is financially unconstrained seems to be on these grounds — that the spending thus enabled would be positively harmful, and/or that the only way we will see higher taxes on the rich is if somebody has to pay for the stuff we want government to do. These arguments get lost when the debate is framed in terms of the economics of public debt, so I wanted to surface them explicitly.

The premise of the post was that these views were sincerely held. I think that’s generally a good premise to start with. But it’s also, more or less by definition, a superficial one. In reality views are not always sincere.

We know there are many people who express concerns about deficits in a strategic way, to disguise substantive objections to public spending as concerns over how it is financed. The real goal is to impose strict limits on the domain of the public sector, and preserve the tyranny of property owners outside of the public’s delineated sphere.

The idea that constraints on public finance are part of a broader project to insulate the economy from democratic control is a familiar one at this point. Whether we’re talking about New York in the 1970s or Greece in the 2010s, instead of saying “the government had to roll back social spending because of a fiscal crisis,” we might better say “the government had to have a fiscal crisis so it would roll back social spending.”1 In the euro area, this teleology is right out in the open. You can find the more general case for it in books like Gindin and Panitch’s Making of Global Capitalism or Slobodian’s Globalists.

A more recent version is in Grégoire Chamayou’s The Ungovernable Society: A Genealogy of Authoritarian Liberalism, which I’ve just been reading. (And which prompted me to write this post.) The book is sort of a compendium of arguments over the past 50 years for why and how democratic politics should be excluded from economic questions. I don’t know that it adds much new to the story (especially since it is almost entirely US-focused) but it does assemble a lot of useful material in one place.

In Chamayou’s chapter on government budgets, he summarizes the authoritarian-liberal position as:  “Balance is not a value in itself. The overriding objective is the reduction of the state budget.” Or more precisely, not necessarily reduction in quantitative terms, but limitation to certain strictly delineated ends.

The first witness he calls is Hayek, who makes the case for balanced-budget requirements in explicitly political terms: “Democracy needs even more severe restraints on the discretionary powers government can exercise than other forms of government.” The reason to enshrine restrictions on debt-financed public spending is to “make all socialist measures for redistribution impossible.”

James Buchanan is then brought in to carry the argument to the next step: “What if ordinary politics cannot balance the budget?” His answer (in Chamayou’s paraphrase) is to “short-circuit the process by formulating a higher rule that will compel it to do so.” Chamayou quotes his 1977 book Democracy in Deficit to the effect that “all of our ills … stem from Keynesian destruction of balanced budgets”; public budgets  “cannot be left adrift in the sea of democratic politics.”

Milton Friedman is another central figure in the rogues gallery of neoliberalism, and naturally he also shows up in the Chamayou chapter: “‘The reason a balanced budget is important,’ Friedman continues, ‘is primarily for political, not economic reasons; to make sure that if Congress is going to vote for higher spending, it must also vote for higher taxes’ — something that a parliamentarian … will balk at doing.”

In this view, what superficially appear to be costs of government financing constraints — that activities that could in principle be better performed by the state must be left to private businesses — are in fact the reason for imposing such constraints in the first place.

This is all at a very high level of abstraction. But it’s obviously relevant for current debates.

That said, at the moment, it’s not clear how central the question of “paying for it”  is to whatever expansion of the public sector we’ll see in 2021.

At an earlier stage, it certainly mattered. The need to offset spending increases with tax increases and spending cuts elsewhere was an important consideration in the initial iteration of the Build Back Better agenda, both for procedural reasons and as a substantive commitment by at least some of the Democratic leadership. But it’s less clear that it’s a major factor in the resistance it’s currently facing. From where I’m sitting — I just read the newspapers like everyone else — it appears that the most important objections have less to do with how or whether spending is paid for, and more with the spending itself. Joe Manchin does talk about the “burden of debt” we are leaving our children, and he may well be sincere in that, groundless as those fears seem to you or me. But he talks more about the dangers of an entitlement society, and those objections are more consequential — they can’t be resolved with concessions elsewhere, since they go directly to what the Build Back Better program is trying to do.

If a smaller bill turns out to be unavoidable, I personally would rather have a narrower bill that perhaps drops some of the current goals, while the programs it does create are permanent, universal and come into effect immediately. That seems preferable, from the perspective of materially improving people’s lives, and setting the stage for further future expansions of the public sector, and improving the Dems’ prospects in the midterms next year, than a bill that notionally does everything but gives ground on phase-ins and means tests and sunset provisions. But if it’s specifically the universality that Manchin and company object to, there may be no compromise in that direction.

And that is the point. My personal preferences don’t matter. But if one is going to make arguments within a public debate, it’s important to think carefully about where the arguments one is trying to overcome are really coming from.

The relentless pursuit of GDP growth is being challenged from environmental and well-being standpoints. But where did the idea come from? Gareth Dale teaches at Brunel University. Cross-posted from Open Democracy Image by Ioannis Ioannidis […]