The EU Green Deal includes bold promises to vastly reduce the use of toxic pesticides. But big pesticide corporations like Bayer, BASF, Syngenta and Corteva are lobbying hard to counter these initiatives. They also want to continue producing and exporting pesticides that are banned in Europe to other countries. 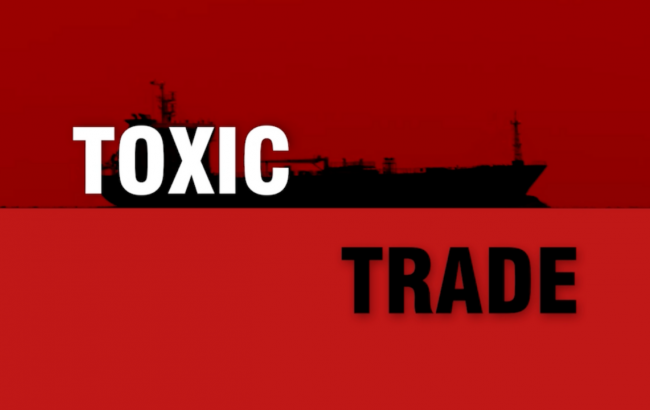 Toxic pesticides that are banned in the European Union are still being produced there, and exported to other parts of the world. For instance, Bayer produces cyfluthrin in Germany and exports that to Colombia. Residues of cyfluthrin are found in food, according to a PAN-Europe report. From Belgium, BASF exports Fipronil, while Bayer and Corteva export Acetochlor.

The European Commission has committed to stop this immoral practice in a new strategy on chemicals. France, who will have the EU Presidency in the first half of 2022, has a law that will soon ban the export of banned pesticides from that country. NGOs and MEPs demand that the Commission does not weaken or backtrack from its promise, and that it bans this toxic trade now.

But residues of these pesticides that are banned in the EU are sometimes still allowed in agricultural products that are imported into the EU. In this way, these banned pesticides can boomerang back as residues in food products that we are eating. The Brussels pesticide lobbyists have succeeded in overturning a plan the European Commission had to no longer allow any residues of toxic pesticides – that are banned in the EU –  in agricultural products imported into the EU. As part of the EU Green Deal and the Farm to Fork Strategy, the Commission has committed to “green diplomacy” to work with other countries to get them to stop allowing the use of these very hazardous pesticides too. Pesticide lobby group Croplife Europe, along with governments like the USA, are opposing these attempts.

International free trade deals like EU-Mercosur (Brazil, Argentina, Paraguay, Uruguay) and CETA (EU-Canada) are another instrument for pesticide corporations and EU trade partners to undermine the EU’s Green Deal ambitions and the EU’s precautionary principle. EU-Mercosur will support and continue to provide a basis for the trade of harmful chemicals between the trading partners. With CETA, measures to protect the environment, public health and other basic rights will be seen as trade barriers. It is possible that Canada will try to negotiate special agreements allowing exceptions for products with pesticide residues banned in the EU.

You can take action against CETA and EU-MERCOSUR by signing this foodwatch petition.

We are calling on the EU to:

European governments have reacted swiftly to the COVID crisis and are now discussing ways to mutualise the cost of the epidemic. This column proposes the creation of a progressive, time-limited, European-wide progressive wealth tax assessed […]

Pierino Postacchini – Corona Bonds are not the Solution. We need faster Measures that only the ECB can Implement

How long can the can be kicked down the road? Just as the EU completely misread Brexit and the current negotiations, it seems to be heading into its next major blunder. Pierino Postacchini is a […]

Timothée Parrique – Degrowth for the first time in IPCC report

This is an important development in the discussion concerning solutions for the climate crisis Timothée Parrique holds a PhD in economics from the Centre d’Études et de Recherches sur le Développement (University of Clermont Auvergne, France) and […]