Just months after Brexit proper, the European Union may be facing its biggest existential crisis since the darkest days of Eurozone austerity. 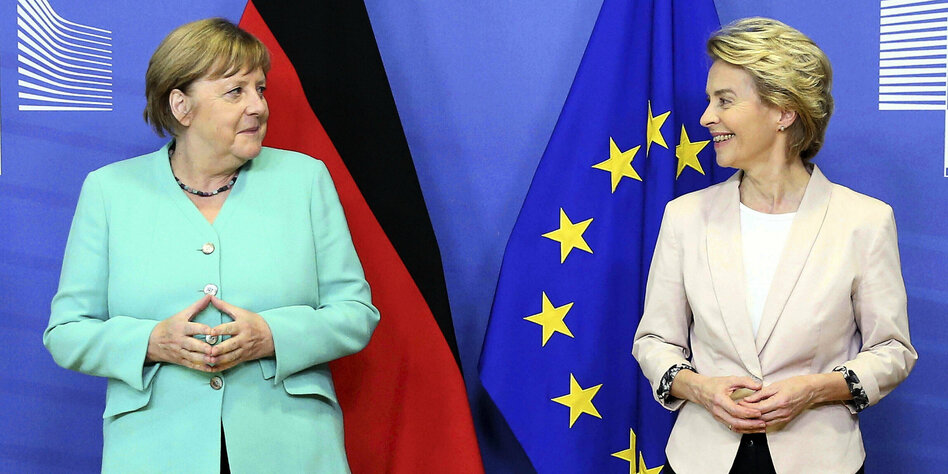 Just months after Brexit proper, the European Union may be facing its biggest existential crisis since the darkest days of Eurozone austerity. As the vaccination process stalls, many countries are on the cusp of a third wave of infections, driven by the more transmissible “British mutation” that caused us so many problems at Christmas. Key continental states are re-entering lockdown. Meanwhile, a rattled European Commission has been threatening to seize vaccine exports.

The whole affair is especially damning because it upends the EU’s self-image as the antidote to chauvinism, populism and paranoid protectionism. Panicked and largely baseless calls to suspend the AstraZeneca vaccine sound eerily like the sort of Trumpian rhetoric that feeds conspiracy theorists. “By having a message of doubt rather than a message of reassurance, that now plays into the hands of the anti-vaxxers,” says Professor Beate Kampmann, director of the Vaccine Centre at the London School of Hygiene and Tropical Medicine.

Criticisms have been led as much by Europhile broadsheets as by British tabloids. “The EU’s faltering vaccination campaign has been hamstrung by a botched central procurement process, supply shortfalls, logistical hurdles and excessive risk aversion from some national medical regulators,” laments the Financial Times. Meanwhile, a German tabloid recently led with the frontpage, “Britain, we envy you”. Little wonder, when when just 12 percent of the EU has been vaccinated, versus 40 percent of Britain. Exasperated national leaders, tired of the antics of Brussels and Berlin, are turning to Moscow, Beijing and Tel Aviv for help.

Continental solidarity is thus conspicuously absent. And the unseemly aspect to all this – what the FT calls “scrambling and hoarding” – marks it out from earlier phases of EU crisis. The so-called “migration crisis” of 2015 was undoubtedly an existential threat which exposed the EU to the harsh winds of right-wing populist resistance. However, that crisis also allowed the EU a measure of dignity: they could present themselves as high-minded humanitarians, willing to make unpopular decisions and to stand against mob rule. Even if none of that was entirely plausible (given that thousands drowned in the Mediterranean), it was at least a flattering story.

By contrast, this crisis is more like post-2008 Eurozone austerity. Institutional chaos with no upstanding moral narrative. National self-interest poking through the veil of solidarity and fraternity.

For some, there are potential upsides. “There has been some good news, although not for the EU,” notes Wolfgang Streeck, one of Germany’s leading public intellectuals. “Democracy returns to where it belongs, in that national politicians are learning that the virus is too important to be left to the virologists.” The crisis demonstrates, if nothing else, that efforts to eradicate politics are doomed to fail.

Democracy was fought for and won at the national level, against the resistance of elites. This is why, regardless of public contempt for politicians, national politics will always have a cutting edge and an emotional investment that the EU never will. When the going gets tough, there is thus an inevitable retreat to national borders, as voters concentrate their fire on domestic leaders, in national parliaments where some semblance of democracy still prevails.

Heiner Flassbeck – Europe, a continent being transformed into a desolate German model

Many in Germany can hardly hide their schadenfreude at the conflict in Britain concerning Brexit. But be careful, the real loser sits east of the Elbe. Heiner Flassbeck is an economist, as well as publisher […]