As the stark findings of the latest report from the Intergovernmental Panel on Climate Change make global headlines, Prof Julia Steinberger, University of Lausanne, explores how to live well within environmental limits, and asks why questioning overconsumption is so problematic.

Cross-posted from Scientists for Global Responsibility 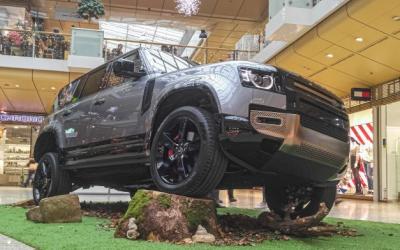 Why is it hard to talk about overconsumption and the climate emergency in the scientific community? In this article, I will cover ‘living well within limits’, and what that means. I’ll also discuss some of the questions around alternatives to GDP and well-being, and how to mathematically model a very different world – one in which we’re focused on reducing energy use. Then I’ll cover why we need to address consumption in a direct way, and criticise overconsumption, and why that’s seen as difficult.

What does ‘live well within limits’ mean? I begin with a view of well-being that is very different from the mainstream economic one, and indeed from our own governments’ perception of well-being. Typically, even when they include happiness indicators they’re operating in a very individualised paradigm. But the theory of human needs from which we approach well-being is a very much social paradigm.

The overarching goal of well-being includes that someone is able to participate in society. In our COVID times, this is more difficult to do. For example, you need to make sure everyone is more connected to the internet because otherwise they’ll lose out during a lockdown.

To ensure the possibility of well-being and social participation, certain ‘basic needs’ create a foundation. These are universal and include physical health, mental health, autonomy, cognitive understanding, and opportunities to participate. So you need to be able to understand and interact with the world around you. You also need to be able to read, to think critically and distinguish false reporting from that which is true. An obstacle to participation, for instance, is a long working day.

In order to fulfill these needs, there are ‘need satisfiers’ which we consider to be universal across societies. These include food, water, housing, healthcare and a safe environment. There are a finite number of satiable need satisfiers, and these are non-substitutable – for example, you cannot substitute food with housing or vice versa. These underpin the meeting of basic needs and their provision builds up well-being.

But is this actually the way human beings function? I and academic colleagues have tested this, and we found that when need satisfiers like nutrition, sanitation, education, and sufficient income are provided, life satisfaction and healthy life expectancy go up. It is both a theory of how the world works, and what we can actually observe in reality. A finite number of non-substitutable, satiable, universal human need satisfiers have to be provided for us to be well. Then the question becomes how do we achieve those while operating within planetary limits?

We studied this within my own ‘living well within limits’ project, where we put all these factors together in a framework. This included social outcomes (like well-being), bio-physical inputs (like energy resources), and ‘provisioning systems’ (such as technology and society). Probably the more important thing here is that the framework had to include not just technological and economic factors, but also culture and communities.

The next question about whether we can live well within planetary boundaries is addressed by what is now referred to as ‘doughnut economics’, proposed by Prof Kate Raworth. Can this be modelled? Taking the idea of the doughnut (see more detail below), together with the ideas of basic needs and need satisfiers, it is possible to imagine and also quantitatively model a different future.

I and academic colleagues have done this and used an extra piece of the puzzle, which is the idea of ‘decent living energy’ developed by Prof Narasimha Rao of the University of Yale. His theory shows what human need satisfaction corresponds to in terms of minimum levels of core energy services, like thermal comfort, transportation and communication. He’s not talking about energy consumption directly, but about the energy services that we get from energy consumption. It poses the question of what is the minimum level needed to have a decent life, i.e. not suffering from deprivation and being able to participate in society.

We’ve tried to model this and our model takes into account state-of-the-art technical efficiency. So it focuses on technologies that exist and that are proven – not speculative technologies – so we don’t need to invent anything new, just learn how to roll out what we already have maximally.

Also, to be clear, we’re talking about equal human need satisfaction all over the world, which means that everyone reaches a sufficient level of well-being. Furthermore, we’re talking about degrowth of energy demand because we have to reduce overconsumption. So it means that everybody has enough, but nobody has more than enough. It means we’re in a situation of equality globally, but where we also take into account geographical and climatic differences, whether people live in urban settings, their household size, and demographics.

Our results modelled a value for 2050 to provide an amount of energy necessary for decent living. We compared it to other models including the International Energy Agency’s models and ours gets to the lowest amount of energy needed. It is pretty much a ‘how low can you go’ model. We believe it is possible to deliver sufficient energy for universal satisfaction in 2050 at 40% of our current consumption, and this includes the effects of population growth.

If we compare that to current energy consumption levels, it means that most wealthy countries would decrease their energy use by about a factor of 10, while many other countries are clearly in a state of ‘insufficiency’.

We return now to the idea of ‘doughnut economics’. At the centre or ‘hole’ of the doughnut, levels of consumption are at their lowest – so you have deprivation and poverty here, which is socially unsustainable, and means people are suffering because their consumption needs are not met. In the middle ring of the doughnut, we have sustainable lifestyles, so there is sufficiency and we are not overconsuming. On the outer edge, we have overconsumption which is environmentally unsustainable.

It’s difficult to study overconsumption and it’s difficult to talk about it. Mainstream media outlets are reluctant to cover this kind of work, and most coverage of our work has been on science blogs. However, one article that we wrote mapping international inequality of energy footprints was covered by the BBC with the headline, “Climate change: The rich are to blame.” This work demonstrated that the energy consumption categories with the highest levels of inequality tend to be within transportation, due to frequent flying and people who drive large cars a lot.

We wrote another paper titled Scientists’ warning on affluence and it didn’t receive much mainstream media coverage at all. In it, as well as energy and resource footprints,  we also discussed the systemic and structural factors within our economies that drive patterns of overconsumption. One of the things we pointed out is that overconsumption is designed into our economic systems by the state, by industries, and by markets. It becomes necessary for us to overconsume because our economic system needs an outlet for growth and production, and as a result there’s a deliberate lack of low consumption alternatives. Advertising pressurises us into overconsumption. As these things are designed into our systems, we need to talk about it.

There is also ‘positional consumption’ where the affluent drive consumer behaviour through their setting of norms and aspirations, like my Swiss compatriot and tennis champion Roger Federer who advertises big cars. We’re taught to look up to these people, and aspire to their consumption patterns. It means that when we are attacking overconsumption, we are attacking the people who are trendsetters – and that creates problems within our culture.

Merely existing and surviving within unequal neo-liberal societies also compels overconsumption. If you want to keep up with what’s demanded by our economies you need a private vehicle and time-saving appliances, so you’re going to be pushed into overconsumption.

So, in our work, we question mainstream economic ideas and examine the alternatives. Our society needs to explore different economic schools of thought, including things like eco-socialism and de-growth. It’s important to engage not only with how to resolve climate change, but to understand why so little is being done right now. And I think it has to do with our economic systems, and it has to do with our systems of production and consumption with their lock-in mechanisms. From my political economy perspective, once we understand those we can have a bigger chance of real progress, because we can better target our actions. So we need to bring economics into the picture in a very central way.

Believe academics? sometimes it is worth looking more closely, as Norbert Häring writes. Norbert Häring is a financial journalist at the German daily business newspaper Handelsblatt, blogger and an award-winning author of popular books on […]