The question is what will we have learnt after all the hypocrisy, corporate  and state media propaganda, and crocodile tears?

Katrina vanden Heuvel is the editorial director and publisher of the Nation and is president of the American Committee for U.S.-Russia Accord (ACURA). She writes a weekly column at the Washington Post and is a frequent commentator on U.S. and international politics for Democracy Now, PBS, ABC, MSNBC and CNN. Find her on Twitter @KatrinaNation 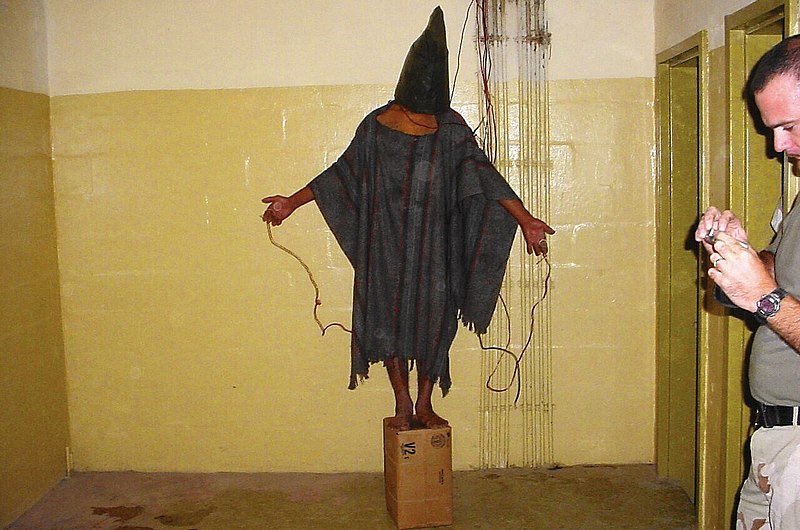 The Russian invasion of Ukraine “is in many ways bigger than Russia, it’s bigger than Ukraine,” State Department spokesman Ned Price recently declared. “There are principles that are at stake here … Each and every country has a sovereign right to determine its own foreign policy, has a sovereign right to determine for itself with whom it will choose to associate in terms of its alliances, its partnerships and what orientation it wishes to direct its gaze.” The United States, Secretary of State Antony Blinken stated last year, does not recognize “spheres of influence,” adding that the concept “should have been retired after World War II.”

Those are noble but empty words — because they obviously do not apply to the Western Hemisphere. Take Cuba, which continues to suffer under an embargo that has been enforced for 60 years. That, plus the pandemic and President Donald Trump’s reversal of Obama-era liberalization — a crackdown sustained by the Biden administration — has bludgeoned the island’s economy. Food and medicine are scarce; many young and entrepreneurial Cubans are leaving the island in droves. The pressure contributed in large measure to the protests that stunned the island last July.

Yes, the one-party regime remains and still represses much dissent. But the embargo and related policies have failed for six decades and 11 presidents. Cubans are still applauded for their humanitarian efforts, dispatching doctors to help in disasters across the developing (and developed) world. The United States and Cuba cooperate in efforts to police drug trafficking and limit terrorism. Yet the embargo continues — punishing the Cuban people until they get rid of the government the United States does not approve of. So much for “choosing their own path.”

Cuba is not alone. The United States has imposed harsh sanctions on Venezuela and Nicaragua for sustaining regimes Washington opposes. Even the recent sanctions on Russia, says Juan Sebastian Gonzalez, the senior director for Western Hemisphere affairs at the National Security Council, are designed such “that they will have an impact on those governments that have economic affiliations with Russia … So Venezuela will start feeling the pressure; Nicaragua will start feeling the pressure; as will Cuba.”

At the same time, the national security establishment is raising alarms about growing Chinese involvement in the Western Hemisphere. China is now Latin America’s leading trade partner, as well as a leading source of direct investment and financing. Interested in security access to commodity exports, China assisted the region after the 2008 financial crisis, with investments that generated jobs and helped decrease poverty in the region. During the pandemic, the Chinese rushed vaccines (of questionable effectiveness, it should be noted) into the region and provided continued demand for products.

All this raises fears about China’s support for what are castigated as “populist” governments from Argentina to Venezuela. Already armchair strategists are scoping out how to respond to the threat posed by Chinese trade, investment and financing. Evan Ellis, a professor at the U.S. Army War College Strategic Studies Institute, penned a report for the Center for Strategic and International Studies entitled “Preparing for Deterioration of the Latin America and Caribbean Strategic Environment,” which suggested the United States doesn’t have the resources to compete with China on investments and aid to the region.

To make up the deficit, Ellis chillingly argues for an aggressive U.S. military buildup in the region, a propaganda offensive to discredit any governments friendly to China, “potentially promoting resistance movements” against Chinese, Russian and Iranian influence, and, of course, sanctions for those who stray. The professor did not mention the “principle” of allowing nations to choose their own course.

Another example of this view comes from Post contributing columnist Robert Kagan, who argues in Foreign Affairs that the United States should embrace its role as a global hegemon. This is a duty, not a choice, he writes: “A militarily, economically, and culturally powerful country exerts influence on other states by its mere presence, the way a larger body in space affects the behavior of smaller bodies through its gravitational pull.” The United States is entangled because “what it offers is genuinely attractive to much of the world.”

But in our own hemisphere, the “gravitational pull” comes not from the Unite

d States in decline, but from China on the rise, offering markets, money, investment — and a governing model: “capitalism with Chinese characteristics.” If the national security establishment has its way, the United States won’t let our neighbors choose their own orientation. It will push propaganda, reinforce corrupt elites and threaten or impose sanctions for those who don’t fall in line with a “model” that has failed repeatedly across the hemisphere.

Hypocrisy is common in international relations. The Russians and Chinese, for example, constantly invoke international law, even as they trample it when they deem it necessary. The United States champions a “rules-based order,” in which we make the rules and hold ourselves exempt from them when desirable. The “principle” of respecting nations and their right to choose their own path is a good one. The countries of our own hemisphere wish we would practice it as well as preach it.

Payal Parekh, Carola Rackete – How can the climate movement escalate to shift power?