Credibility is the most important virtue in politics. The European centrist liberal democratic parties did not care about it because they assumed there was no alternative to them. Thus they have converted the EU into a bazaar for corporations, where everything is on sale, to the detriment of Europe. Admittedly Corbyn’s biggest challenge were his own parliamentarians, for many of whom Corbyn’s defeat was more important than winning the election. They succeeded, not the Tories.

Dr Lee Jones is Reader in International Politics at Queen Mary University of London and a co-founder of The Full Brexit. 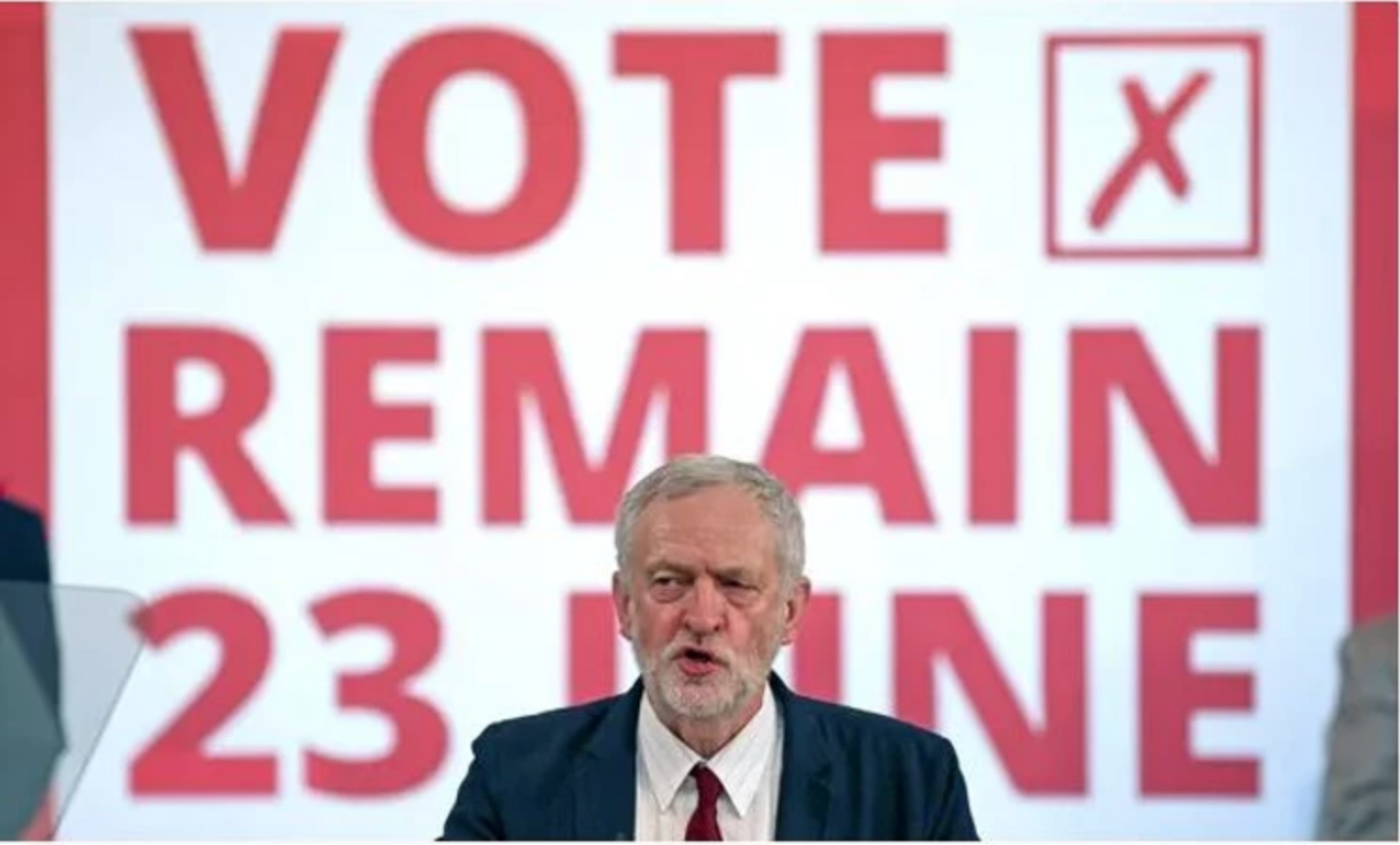 Jeremy Corbyn’s article in last Sunday’s Observer, in which he gives his interpretation of why Labour lost the 2019 general election, is worth reading carefully, because it symbolises the grave error he and the wider left has made with respect to Brexit.

Corbyn starts by correctly characterising the present era as one of great turbulence where the political system “is failing to generate stable support for the status quo following the financial crash of 2008”. Disillusionment with neoliberalism has “provided an opening for a more radical and hopeful politics that insists it doesn’t have to be like this, and that another world is possible.”

However, Corbyn notes that the communities hammered hardest by neoliberalism had “regrettably” voted against Labour, because “politics as a whole wasn’t trusted, but Boris Johnson’s promise to ‘get Brexit done’ – sold as a blow to the system – was. Sadly that slogan will soon be exposed for the falsehood it is, shattering trust even further. Despite our best efforts, and our attempts to make clear this would be a turning point for the whole direction of our country, the election became mainly about Brexit.”

This exposes Corbyn’s principal failure: he could not see that Brexit was not a distraction from a revolt against neoliberalism but the form that this revolt has taken in the British context.

From the beginning, most of the British left have only been able to understand the Leave vote as a reactionary, right-wing phenomenon, and its supporters as either wicked supporters of, or dupes of, the right or even far right. For left liberals to make this error is one thing, but for a lifelong left Eurosceptic to do so is inexcusable.

Brexit was not “sold as a blow to the system”; it was a blow to the system – evidenced by the hysterical response of that system to the vote, its desperate attempts to prevent the enactment of the referendum result ever since, and the challenges to every aspect of Britain’s political and constitutional order. Every political party, barring UKIP and fringe communist groups, campaigned to Remain, as did all the institutions of the business, cultural and educational establishment, backed by the International Monetary Fund and the US president. People rejected the European Union and opted to “take back control” because they could see that the political elite had retreated from them into the state and the interstate networks of the EU. They wanted an end to this post-political era, in which nothing ever changed and political parties had converged on the neoliberal “centre-ground”. They wanted politicians to start representing them again, to listen to and act upon their grievances. They wanted popular sovereignty (see Analysis #6 – Why Did Britain Vote to Leave the EU?).

Corbyn’s post-mortem suggests that he was unable to recognise the enormous opportunity that this presented for the left. An anti-establishment revolt of this magnitude – fleetingly led by right-wing hucksters who promptly vanished or stabbed each other in the back after the referendum – exposed the massive political void into which the left could have stepped. This desire for radical, fundamental change in our constitutional order could have been harnessed to a radical programme of political, social and economic reform.

Instead, Corbyn’s strategy was clearly to hide from the Brexit issue, forcing the Tories to “own” it. But this became unsustainable when Theresa May lost her majority, making her dependent on other parties to pass her Withdrawal Agreement. This put Labour in a position of being able to block Brexit, which it then did. Accordingly, the people who had revolted against the system now rightly saw the Labour Party as an obstacle to fundamental change.

Corbyn now says “we paid a price for being seen by some as trying to straddle that divide or re-run the referendum.” This wrongly frames the problem as one of perception, not reality. For the last three years, the country faced a binary choice: leaving the EU, per the democratic decision of the referendum, or remaining. Rather than siding with the majority of citizens, and winning over those voters who had followed Labour’s Remain lead, Corbyn dodged the issue. He tried to persuade people to see themselves not as Leavers or Remainers but as “the many versus the few”. This only worked in the 2017 election because both parties seemed to accept the referendum result and Brexit was being implemented. But under the pressure caused by the collapse of Theresa May’s government, the Remain sympathies shared both by most Corbyn supporters and the Blairite centrists drew Labour towards backing a second referendum. Corbyn stood exposed. His 2019 election strategy continued to treat Brexit as an annoying sideshow, relegating it to the final part of the manifesto and instead emphasising Labour’s exciting plans for economic change. It clearly conveyed what Corbyn now implicitly expresses: Brexit is a pointless distraction, which we can compartmentalise while we focus on the really important work of fighting neoliberalism.

For Leave voters, this just smacked of politicians ignoring them – or worse condescending to them – the very things they had revolted against in 2016. For them, a necessary first step in political transformation was to force the political establishment to stop doing this. For that reason, they were prepared to vote for the one major party pledging to respect their vote.

This debacle has important lessons for the left everywhere. In an era where traditional left and social-democratic parties have dramatically weakened ties with their erstwhile working-class bases, they will very rarely, if ever, get to decide the terms on which people revolt against the neoliberal order, precisely because they are not leading the people. The people are, in fact, out in front of them. If the left then reacts in horror, and recoils from the people and the prospect of fundamental change, the leadership of anti-establishment revolts will fall, merely by default, to the right.