Political theorist Wendy Brown’s latest book, In the Ruins of Neoliberalism: The Rise of Antidemocratic Politics in the West, traces the intellectual roots of neoliberalism and reveals how an anti-democratic project unleashed monsters – from plutocrats to neo-fascists – that its mid-20thcentury visionaries failed to anticipate. She joins the Institute for New Economic Thinking to discuss how the flawed blueprint for markets and the less-discussed focus on morality gave rise to threats to democracy and society that are distinct from what has come before.

Lynn Parramore is Senior Research Analyst at the Institute for New Economic Thinking.

Cross-posted from the website of Institute for New Economic Thinking 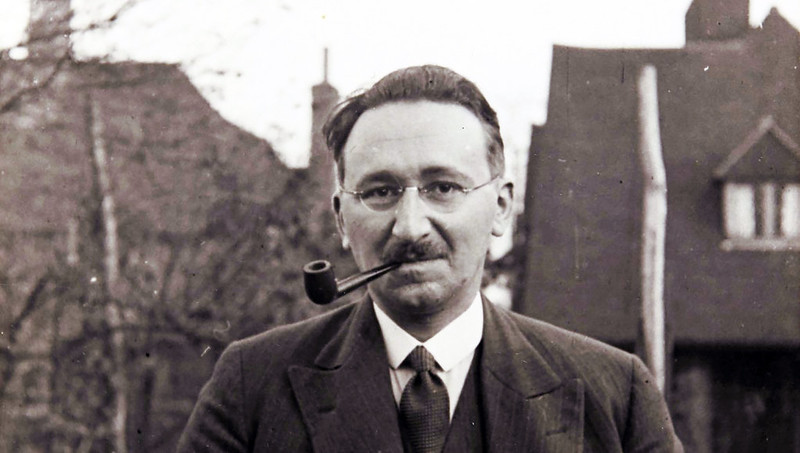 Lynn Parramore: To many people, neoliberalism is about economic agendas. But your book explores what you describe as the moral aspect of the neoliberal project. Why is this significant?

Wendy Brown: Most critical engagement with neoliberalism focuses on economic policy – deregulation, privatization, regressive taxation, union busting and the extreme inequality and instability these generate. However, there is another aspect to neoliberalism, apparent both in its intellectual foundations and its actual roll-out, that mirrors these moves in the sphere of traditional morality. All the early schools of neoliberalism (Chicago, Austrian, Freiburg, Virginia) affirmed markets and the importance of states supporting without intervening in them.

But they also all affirmed the importance of traditional morality (centred in the patriarchal family and private property) and the importance of states supporting without intervening in it. They all supported expanding its reach from the private into the civic sphere and rolling back social justice previsions that conflict with it. Neoliberalism thus aims to de-regulate the social sphere in a way that parallels the de-regulation of markets.

Concretely this means challenging, in the name of freedom, not only regulatory and redistributive economic policy but policies aimed at gender, sexual and racial equality. It means legitimating assertions of personal freedom against equality mandates (and when corporations are identified as persons, they too are empowered to assert such freedom). Because neoliberalism has everywhere carried this moral project in addition to its economic one, and because it has everywhere opposed freedom to state imposed social justice or social protection of the vulnerable, the meaning of liberalism has been fundamentally altered in the past four decades.

That’s how it is possible to be simultaneously libertarian, ethnonationalist and patriarchal today: The right’s contemporary attack on “social justice warriors” is straight out of Hayek.

LP: You discuss economist and philosopher Friedrich von Hayek at length in your book. How would you distribute responsibility to him compared to other champions of conservative formulations for how neoliberalism has played out? What were his blind spots, which seem evidenced today in the rise of right-wing forces and angry populations around the world?

WB: Margaret Thatcher thumped Hayek’s The Constitution of Liberty and declared it the bible of her project. She studied it, believed it, and sought to realize it. Reagan imbibed a lot of Thatcherism. Both aimed to implement the Hayekian view of markets, morals and undemocratic statism. Both accepted his demonization of society (Thatcher famously quotes him, “there’s no such thing”) and his view that state policies aimed at the good for society are already on the road to totalitarianism. Both affirmed traditional morality in combination with deregulated markets and attacks on organized labour.

I am not arguing that Hayek is the dominant influence for all times and places of neoliberalization over the past four decades—obviously the Chicago Boys [Chilean economists of the ‘70s and ‘80s trained at the University of Chicago] were key in Latin America while Ordoliberalism [a German approach to liberalism] has been a major influence in the European Union’s management of the post-2008 crises. “Progressive neoliberals” and neoliberalized institutions hauled the project in their own direction. But Hayek’s influence is critical to governing rationality of neoliberalism in the North and he also happens to be a rich and complex thinker with a fairly comprehensive world-view, one comprising law, family, morality, state, economy, liberty, equality, democracy and more.

The limitations? Hayek really believed that markets and traditional morality were both spontaneous orders of action and cooperation, while political life would always overreach and thus required tight constraints to prevent its interventions in morality or markets. It also needed to be insulated from instrumentalism by concentrated economic interests, from aspiring plutocrats to the masses. The solution, for him, was de-democratizing the state itself. He was, more generally, opposed to robust democracy and indeed to a democratic state. A thriving order in his understanding would feature substantial hierarchy and inequality, and it could tolerate authoritarian uses of political power if they respected liberalism, free markets and individual freedom.

We face an ugly, bowdlerized version of this today on the right. It is not exactly what Hayek had in mind, and he would have loathed the plutocrats, demagogues and neo-fascist masses, but his fingerprints are on it.

LP: You argue that there is now arising something distinct from past forms of fascism, authoritarianism, plutocracy, and conservatism. We see things like images of Italian right groups giving Fascist salutes that have been widely published. Is that merely atavism? What is different?

WB: Of course, the hard right traffics in prior fascist and ultra-racist iconography, including Nazism and the Klan. However, the distinctiveness of the present is better read from the quotidian right than the alt-right.

We need to understand why reaction to the neoliberal economic sinking of the middle and working class has taken such a profoundly anti-democratic form. Why so much rage against democracy and in favour of authoritarian statism while continuing to demand individual freedom? What is the unique blend of ethno-nationalism and libertarianism afoot today? Why the resentment of social welfare policy but not the plutocrats? Why the uproar over [American football player and political activist] Colin Kaepernick but not the Panama Papers [a massive document leak pointing to fraud and tax evasion among the wealthy]? Why don’t bankrupt workers want national healthcare or controls on the pharmaceutical industry? Why are those sickened from industrial effluent in their water and soil supporting a regime that wants to roll back environmental and health regulations?

Answers to these questions are mostly found within the frame of neoliberal reason, though they also pertain to racialized rancor (fanned by opportunistic demagogues and our mess of an unaccountable media), the dethronement of white masculinity from absolute rather than relative entitlement, and an intensification of nihilism itself amplified by neoliberal economization.

These contributing factors do not run along separate tracks. Rather, neoliberalism’s aim to displace democracy with markets, morals and liberal authoritarian statism legitimates a white masculinist backlash against equality and inclusion mandates. Privatization of the nation legitimates “nativist” exclusions. Individual freedom in a world of winners and losers assaults the place of equality, access and inclusion in understandings of justice.

LP: Despite your view of democratized capitalism as an “oxymoron,” you also observe that capitalism can be modulated in order to promote equality among citizens. How is this feasible given the influence of money in politics? What can we do to mitigate the corruption of wealth?

WB: Citizens United certainly set back the project of achieving the political equality required by and for democracy. I wrote about this in a previous book, Undoing the Demos, and Timothy Kuhner offers a superb account of the significance of wealth in politics in Capitalism V. Democracy: Money in Politics and the Free Market Constitution. Both of us argue that the Citizens United decision, and the several important campaign finance and campaign speech decisions that preceded it, are themselves the result of a neoliberalized jurisprudence. That is, corporate dominance of elections becomes possible when political life as a whole is cast as a marketplace rather than a distinctive sphere in which humans attempt to set the values and possibilities of common life. Identifying elections as political marketplaces is at the heart of Citizens United.

So does a future for democracy in the United States depend on overturning that decision?

Hardly. Democracy is a practice, an ideal, an imaginary, a struggle, not an achieved state. It is always incomplete, or better, always aspirational. There is plenty of that aspiration afoot these days—in social movements and in statehouses big and small. This doesn’t make the future of democracy rosy. It is challenged from a dozen directions – divestment from public higher education, the trashing of truth and facticity, the unaccountability of media platforms, both corporate and social, external influence and trolling, active voter suppression and gerrymandering, and the neoliberal assault on the very value of democracy we’ve been discussing. So the winds are hardly at democracy’s back.

Brett Scott – Supermarkets are Promoting Unscientific Anti-Cash Propaganda. And the Banking Sector is Loving It

While science suggests that PIN pads are more dangerous than cash, the retail sector continues to spread fear about it. Is this just a naive mistake, or are there darker motives? Brett Scott is an […]

Vassilis K. Fouskas, Shampa Roy-Mukherjee – Corona Crisis: There Is No Alternative (TINA) – to Socialism, this Time

We don’t get fooled again. Once more the political class is trying to rescue corporations at the expense of the 99%. Where yesterday there was no money for social policy, today there are trillions for […]

Why did Europe´s economy suddenly pull away from comparable world economies in the second half of the eighteenth century? Branko Milanovic is an economixt specialised in development and inequality. Cross-posted with kind permission from Branko […]