The implications of Ukraine’s heroic stance to fight the Russian invaders till the end, and why the U.S. is not eager to see an end to the conflict. 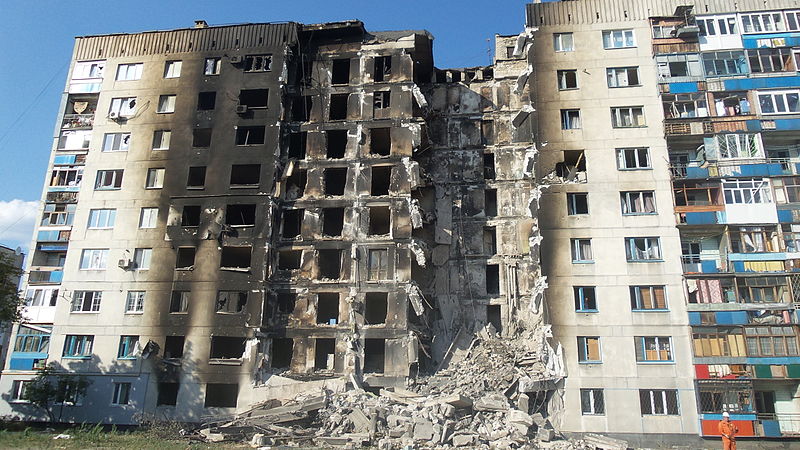 C.J. Polychroniou: After months of fighting, it’s obvious that the invasion is not going according to the Kremlin’s plans, hopes and expectations. NATO figures have claimed that Russian forces have already suffered as many deaths as they did during the entire duration of the Afghan war, and the position of the Zelenskyy government now seems to be “peace with victory.” Obviously, the West’s support for Ukraine is key to what’s happening on the ground, both militarily and in terms of diplomatic solutions. Indeed, there is no clear path to peace, and the Kremlin has stated that it is not seeking to end the war by May 9 (known as Victory Day, which marks the Soviets’ role in defeating Nazi Germany). Don’t Ukrainians have the right to fight to death before surrendering any territory to Russia, if they choose to do so?

Noam Chomsky: To my knowledge, no one has suggested that Ukrainians don’t have that right. Islamic Jihad also has the abstract right to fight to the death before surrendering any territory to Israel. I wouldn’t recommend it, but it’s their right.

Do Ukrainians want that? Perhaps now in the midst of a devastating war, but not in the recent past.

President Zelenskyy was elected in 2019 with an overwhelming mandate for peace. He immediately moved to carry it out, with great courage. He had to confront violent right-wing militias who threatened to kill him if he tried to reach a peaceful settlement along the lines of the Minsk II formula. Historian of Russia Stephen Cohen points out that if Zelenskyy had been backed by the U.S., he could have persisted, perhaps solving the problem with no horrendous invasion. The U.S. refused, preferring its policy of integrating Ukraine within NATO. Washington continued to dismiss Russia’s red lines and the warnings of a host of top-level U.S. diplomats and government advisers as it has been doing since Clinton’s abrogation of Bush’s firm and unambiguous promise to Gorbachev that in return for German reunification within NATO, NATO would not expand one inch beyond Germany.

Zelenskyy also sensibly proposed putting the very different Crimea issue on a back burner, to be addressed later, after the war ends.

Minsk II would have meant some kind of federal arrangement, with considerable autonomy for the Donbass region, optimally in a manner to be determined by an internationally supervised referendum. Prospects have of course diminished after the Russian invasion. How much we don’t know. There is only one way to find out: to agree to facilitate diplomacy instead of undermining it, as the U.S. continues to do.

Congress, including congressional Democrats, are acting as if they prefer the exhortation by Democratic Chair of the House Permanent Select Committee of Intelligence Adam Schiff that we have to aid Ukraine “so that we can fight Russia over there, and we don’t have to fight Russia here.”

Schiff’s warning is nothing new. It is reminiscent of Reagan’s calling a national emergency because the Nicaraguan army is only two days marching time from Harlingen, Texas, about to overwhelm us. Or LBJ’s plaintive plea that we have to stop them in Vietnam or they will “sweep over the United States and take what we have.”

That’s been the permanent plight of the U.S., constantly threatened with annihilation. Best to stop them over there.

The U.S. has been a leading provider of security assistance to Ukraine since 2014. And last week, President Biden asked Congress to approve $33 billion to Ukraine, which is more than double what Washington has already committed since the start of the war. Isn’t it therefore safe to conclude that Washington has a lot riding on the way the war ends in Ukraine?

Since the relevant facts are virtually unspeakable here, it’s worth reviewing them.

Since the Maidan uprising in 2014, NATO (meaning basically the U.S.) has “provided significant support with equipment, with training, 10s of 1000s of Ukrainian soldiers have been trained, and then when we saw the intelligence indicating a highly likely invasion Allies stepped up last autumn and this winter,” before the invasion, according to NATO Secretary-General Jens Stoltenberg).

I’ve already mentioned Washington’s refusal to back newly elected President Zelenskyy when his courageous effort to implement his mandate to pursue peace was blocked by right-wing militias, and the U.S. refused to back him, preferring to continue its policy of integrating Ukraine into NATO, dismissing Russia’s red lines.

As we’ve discussed earlier, that commitment was stepped up with the official U.S. policy statement of September 2021 calling for sending more advanced military equipment to Ukraine while continuing “our robust training and exercise program in keeping with Ukraine’s status as a NATO Enhanced Opportunities Partner.” The policy was given further formal status in the November 10 U.S.-Ukraine Charter on Strategic Partnership signed by Secretary of State Antony Blinken.

The State Department has acknowledged that “prior to the Russian invasion of Ukraine, the United States made no effort to address one of Vladimir Putin’s most often stated top security concerns — the possibility of Ukraine’s membership into NATO.”

So matters continued after Putin’s criminal aggression. Once again, what happened has been reviewed accurately by Anatol Lieven:

A U.S. strategy of using the war in Ukraine to weaken Russia is also of course completely incompatible with the search for a ceasefire and even a provisional peace settlement. It would require Washington to oppose any such settlement and to keep the war going. And indeed, when in late March the Ukrainian government put forward a very reasonable set of peace proposals, the lack of public U.S. support for them was extremely striking.

Apart from anything else, a Ukrainian treaty of neutrality (as proposed by President Zelensky) is an absolutely inescapable part of any settlement — but weakening Russia involves maintaining Ukraine as a de facto U.S. ally. U.S. strategy as indicated by [Defense Secretary] Lloyd Austin would risk Washington becoming involved in backing Ukrainian nationalist hardliners against President Zelensky himself.

With this in mind, we can turn to the question. The answer seems plain: judging by U.S. actions and formal pronouncements, it is “safe to conclude that Washington has a lot riding on the way the war ends in Ukraine.” More specifically, it is fair to conclude that in order to “weaken Russia,” the U.S. is dedicated to the grotesque experiment that we have discussed earlier; avoid any way of ending the conflict through diplomacy and see whether Putin will slink away quietly in defeat or will use the capacity, which of course he has, to destroy Ukraine and set the stage for terminal war.

We learn a lot about the reigning culture from the fact that the grotesque experiment is considered highly praiseworthy, and that any effort to question it is either relegated to the margins or bitterly castigated with an impressive flow of lies and deceit.

Camilla Carraro, Chelsea Baldino – Felling for power is failing the climate: Why burning trees for energy makes no sense

Most of the solutions to climate change that have been the policy  backbone of governments have turned out to be completely useless, like bioenergy. Camilla Carraro is an ICCT staff member Chelsea Baldino is a […]