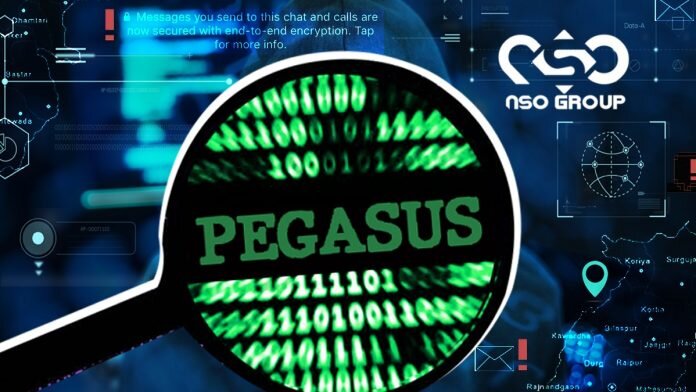 Although today’s EU is quite unlikely to question Spain’s status as a law-abiding democracy, the judicial minefield that #Catalangate had now placed the Spanish government in has led to a new scenario that few had envisaged as little as a month ago. While the EU’s political institutions seemed to have been quite happy to continue turning a blind eye – a gammy one, at least – to Spain’s handling of the Catalan issue, doubts have begun to arise as to the lasting “immunity” of Spain’s political and judiciary behaviour in the face of recent developments. For one thing it was to mildly scold Spain for police violence against voters at the 1.10.2017 Referendum. But quite another it is to overlook illegal Pegasus spying on political opponents unlinked to any form of terrorist or criminal activity. Despite the EU institutions’ traditional distaste for looking into issues as sinister as Operation Catalonia, the irregularities reported at the trial against the Catalan government (with its hefty convictions in October 2019) and the general behaviour of the PP and PSOE governments with regards to the whole Catalan issue, the flagrant abuses now reported by Canada’s Citizen Lab may prove more difficult to digest. Although one cannot help remembering that the EU’s maximum authorities (Juncker, Tusk and Tajani) had even fell as low as to accepting honourary and material prizes from the Spanish government in 2017, could things change now? Certainly, the last few weeks have spurred on this notion.

Such a question arises today when the “strategic” EU solidarity with Madrid would mean a tacit approval of all the flagrant irregularities and illegal spying procedures unveiled by the press in this period. Illegal methods were not only used to spy on Catalan political opponents but also on the mobile phones of the lawyers defending them, all too often against cooked up charges. Initially, prime minister Sánchez and his government were not only tempted into denying the accusations –and their responsibility for them– but also into changing their story soon after. They actually ended up bragging before the far right that they had spied on Catalans politicians to “save the unity of Spain”. All this may be acceptable in the Spanish political arena where public opinion has always been loaded against the Catalan Procés and almost all things Catalan. But the truth is that the international press has been anything but impervious to the issue. Indeed, the #Catalangate scandal –originally unveiled in The New Yorker– has become a trending topic for a longer period than Madrid had hoped for. Papers such as The Guardian and the Washington Post have drawn out the issue considering it most transcendental while many other media have directly interviewed socialist ministers with regard to their possible implication in the scandal, an accusation they have been quite unable to deny with any degree of credibility. Frankfurter Allgemeine Zeitung, for instance, considers Sánchez’s position close to unsustainable while even conservative papers such as Barcelona’s La Vanguardia, traditionally eager to justify all positions unionist, have actually come round to condemnin it. Sánchez’s government has been gravely affected as can be seen in the fact that even government ally Unidas Podemos have voted for a parliamentary commission to be created.

But perhaps the most important thing, as lawyer Gonzalo Boye pointed out, is that #Catalangate is almost sure to have lethal consequences for Spanish interests in a wide range of other cases now being considered in the European courts. For if so far none of the Spanish courts’ calls for extradition of Catalan leaders abroad have been successful (in Belgium, Germany, UK, Switzerland, France…), who can imagine that after #Catalangate things might improve for them? One day courts in Luxembourg and The Hague will have to pass their verdict on the whole Catalan issue and the #Catalangate scandal is sure to do Madrid no good. The question is, might this one day mean that the EU will have to reconsider its blind allegiance to Madrid? Today it seems unlikely, but you never know.

Valtonyc, yet another setback for Madrid

Last Tuesday 17 May saw a new slap in the face for the Spanish courts in their quest to have Catalan opponents extradited. For the Ghent Appeal Court in Flanders once again refused to satisfy Madrid’s international plea to extradite Majorcan rap singer Josep Miquel Arenas, known as “Valtònyc”. This is a case that the Belgian Justice has been looking into ever since Valtònyc sought refuge in Belgium in 2018. Spain’s National Court had then confirmed a sentence of three and a half years prison for the alleged crimes of insulting the Crown, extolling terrorism and making threats. Now lawyer Gonzalo Boye’s four-year defence has been rewarded with one final ruling refusing Madrid’s demands on the grounds that the offences he is charged with in Spain are not punishable in Belgium.

Last January, after the mandatory suspension of court procedings caused by COVID, the Appeal Court of Ghent had accepted the prosecutor’s appeal against the court’s December refusal to extradite the famous rap singer. A fresh trial was thus ordered. But before the hearing, the court asked the Belgian Constitutional Court to decide if the offence of insults to the Crown was still to be taken into consideration. This particular offence had been regulated by a Belgian law of 1847 stipulating three-year convictions for offenders. Though it was a law long in disuse, it was still in force. Now the Constitutional Court issued a ruling officially suppressing the offence from the Belgian penal code because it considered the right to freedom of speech a superior right. Several media spoke of a “historic” decision, all the more so for having been caused by a foreigner. The decision brought the case back to Ghent where last December’s ruling has now been confirmed. Valtònyc –as occurred in cases involving other Catalan exiles Puig, Ponsatí, Gabriel, Puigdemont, Rovira etc.– will not be extradited to Spain. While Madrid authorities once again spewed out their contempt of a European court decision, Belgian defence lawyer Simon Bekaert spoke of “a great day for music and freedom of speech”. He had always argued that if Valtònyc were extradited to Spain, he would unjustly suffer years of prison. Valtònyc himself declared that it was a major triumph because he had always seen his musical career as part of the struggle for freedom of speech. “Now I feel like starting to live again” he added. He also called for the freedom of fellow rapper Pablo Hassel who has been in a Lleida prison for over 400 days with a similar conviction.

The supreme irony of either case is that what they denounced in their songs about former king Juan Carlos –due to return to Spain from Abu Dhabi this very Thursday (free of all charges and enjoying full Sánchez government protection)– far from slandering the monarch, actually spelled out the whole ugly truth about his scandalous racketeering and tax evasion practices. Despite the monarchist motto that “Justice is the same for all”, it has become obvious to all that Spain has its very own brand of justice. A justice system that for years has blessed the deployment of all kinds of ploys –both above board and illegal– to have Catalan activists, rappists and politicians convicted, suspended or severely punished. Might it one day be held accountable for so doing? Anyone’s guess.