German coal giant Uniper is threatening to sue the Netherlands over a law to phase out coal. Under the Energy Charter Treaty (ECT), it could claim up to €1 billion in compensation. But opposition to this obscure agreement is growing. 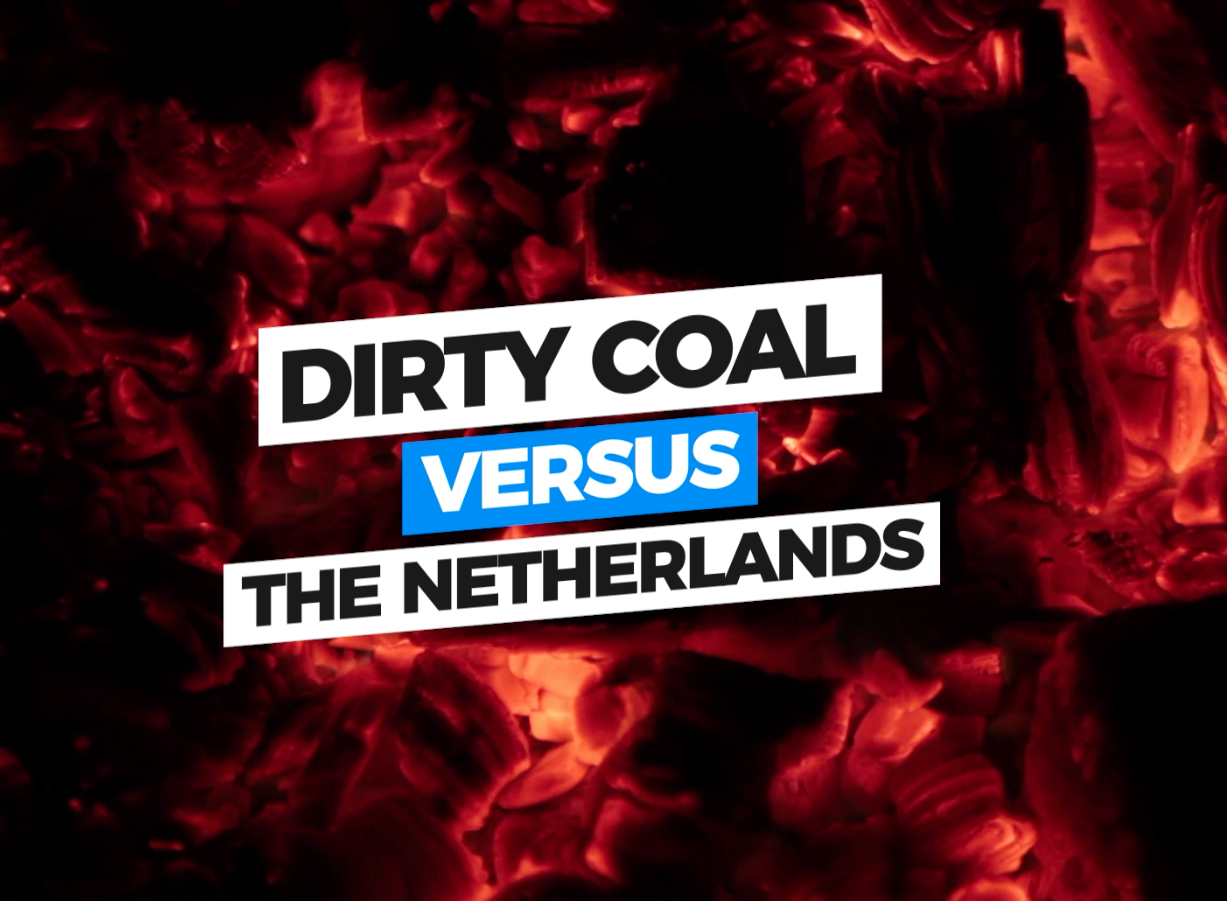 Dear Ministers, Commissioners, Members of Parliament, and of the European Parliament,

We are writing to you as concerned civil society groups and trade unions from member states of the Energy Charter Conference, which will hold its annual meeting in Brussels over the next two days (10-11 December 2019). A first negotiation round to modernise the Energy Charter Treaty (ECT) will take place on 11 December.

We – 278 environmental, climate, consumer, development, and trade related civil society groups, as well as trade unions – believe that the ECT is incompatible with the implementation of the Paris Climate Agreement, just transition policies developed together with workers and their unions, and other necessary public policy measures. The ECT has been – and will increasingly be – used by fossil fuel and nuclear energy companies to challenge government decisions to phase out such energy sources. It can also be an obstacle to prioritising investment in renewable energy and energy efficiency, to bringing energy production under public control, and to taking measures to end energy poverty. The ECT in its current form is outdated and a threat to the public interest.

We therefore call on you to ensure that the ECT can no longer undermine action to avoid climate breakdown, protect the environment, and make energy affordable for all. We also call on you to immediately halt the geographic expansion of the ECT to even more signatory states.

The ECT includes many rules – including on energy transit and trade – but the provisions protecting foreign energy investments are of particular concern. They allow foreign investors in the energy sector to directly sue ECT signatory states outside of existing courts, in secretive international tribunals consisting of three private lawyers. In these tribunals investors can claim dizzying sums of public money in compensation for government actions that they argue have affected their profits.

We identify six key problems with the ECT:

1 The ECT protects fossil fuel investments and infrastructure, and is used to challenge and undermine necessary climate action. Since 2017, the UK company Rock-hopper has been suing Italy over a ban on new oil and gas operations near the country’s coast, claiming up to $350 million in compensation; in 2017, Canadian company Vermilion 9 December 2019 threatened to sue France over a proposed law to end fossil fuel extraction, which was then significantly weakened; and in autumn 2019, German company Uniper announced that it would sue the Netherlands and claim compensation if the country approved a law to phase out coal-fired power plants. We are likely to see more ECT lawsuits against climate action in the future as governments start to develop plans for climate neutrality and a clean energy transition. There is a real risk of so called ‘regulatory chill’, where governments are discouraged from taking action when faced with massive compensation claims.

2 The ECT puts public budgets and taxpayers’ money at incalculable risk. Private tribunals can force states to pay out billions to compensate investors, including for entirely hypothetical missed ‘future profits’ that are not compensatable under national or EU law. Under the ECT, governments have already been ordered or agreed to pay a total of more than US$51.6 billion in damages from the public purse.

3 The ECT could threaten the promotion of renewable energy. The ECT creates a risk for those regulators who discriminate between different sources of energy. This could deter governments from taking urgently-needed measures to favour renewable energy at the expense of carbon-intensive investments. In addition, the ECT neither protects investments in energy efficiency, nor other measures to reduce energy demand.

4 The ECT can undermine environmental protection. One example is Swedish company Vattenfall’s €1.4 billion ECT legal attack from 2009 on environmental standards for a coal-fired power plant in Germany. According to officials, the amount at stake forced the local government to weaken the regulations and settle the case, exacerbating the environmental impacts that the plant will have on the local river and its wildlife. In Vattenfall’s second and ongoing ECT suit against Germany, the company is claiming €6.1 billion for the country’s accelerated nuclear exit following the Fukushima disaster. In November 2019, Australian company Aura Energy put Sweden on notice of an ECT dispute over the country’s 2018 decision to ban uranium mining over environmental and health concerns.10

5 The ECT can be used to attack measures to make energy affordable and put it under public control. Several Eastern European countries have been sued under the ECT because they took steps to curb big energy’s profits and to lower electricity prices for consumers. ECT provisions can also be used against initiatives to bring energy production and services under public, democratic ownership and control, and reverse the negative impacts of failed energy privatisations.

6 Investor-state arbitration under the ECT is at odds with the rule of law and undermines domestic legal systems. Contrary to the principle of equal access to justice, the ECT creates a parallel justice system that is exclusively available to some of the richest and most powerful actors in society: foreign investors. ECT arbitrations are highly secretive and riddled with conflicts of interest as arbitrators earn big money with cases and have an interest in sustaining the boom in ECT disputes. The European Court of Justice, through its 2018 Achmea ruling, has put into question the legality of these parallel private judicial proceedings inside the European Union.

Moreover, the ECT’s investor privileges do not bring the claimed economic benefits. There is currently no evidence that the agreement helps facilitate investment to reduce energy poverty, let alone investment into renewable energy.

As it stands, the modernisation process is unlikely to fix these failures. The EU’s mandate for the negotiations, for example, does not foresee an end to investment protection for fossil fuels, nor an exclusion of investment arbitration or other types of investor-state dispute settlement from the ECT. Any changes to the ECT to make it compatible with the Paris Agreement would have to be agreed unanimously by all its members, many of whom are key fossil fuel producing or trading countries. Some members have already stated that they see no need to revise the ECT at all.

We therefore call on you to:

• Include as a condition for entering negotiations to modernise the ECT the removal of provisions that protect fossil fuels;

•Immediately put a brake on the process to expand the ECT geographically to ever new states and to not allow any treaty accessions as long as the ECT is in its current state.

To read the extensive list of signatory organisations please click here to go to the original document and scroll to the bottom.

If Spanish society provides for mandatory schooling and universal health care, why not implement a job guarantee for those who want it? Carlos García Hernández is managing director of the publishing house Lola Books José […]

The American Empire will not be destroyed by another nation, but from the enemy within: unbridled capitalism. Richard D. Wolff is professor of economics emeritus at the University of Massachusetts, Amherst, and a visiting professor […]

Stuart J. Turnbull-Dugarte, José Rama – Madrid’s regional election: How we got here, what happened, and why it matters

On 4 May, the Popular Party, led by Isabel Díaz Ayuso, doubled their share of seats in a snap regional election in Madrid. Stuart J. Turnbull-Dugarte and José Rama react to the result, which also […]