The silence of journalists in Britain and the US over the extradition proceedings against WikiLeaks founder Julian Assange is making them complicit in the criminalisation of newsgathering by the American government. The silence of journalists in Britain and the US over the extradition proceedings against WikiLeaks founder Julian Assange is making them complicit in the criminalisation of newsgathering by the American government.

In an Old Bailey courtroom in London over the past four weeks, lawyers for the US government have sought the extradition of Assange to the US to face 17 charges under the Espionage Act of 1917 and one charge of computer misuse. At the heart of their case is the accusation that in leaking a trove of classified US diplomatic and military cables in 2010, Assange and WikiLeaks endanger the lives of US agents and informants.

One of the many peculiarities in this strange case is that the evidence for any such thing is non-existent. The Pentagon has admitted that it failed to find a single person covertly working for the US who had been killed as a result of the WikiLeaks disclosures. This failure was not for lack of trying: The Pentagon had set up a special military task force, deploying 120 counter-intelligence officers, to find at least one death that could be blamed on Assange and his colleagues but had found nothing.

Other allegations against Assange put forward by the lawyers for the US government are similarly flimsy or demonstrably false, yet he is still in real danger of being sent to a maximum security prison in the US after the court makes its ruling on 4 January. Once there he faces a sentence of up to 175 years and, whatever the length of his incarceration, he is likely to spend it in solitary confinement in a tiny cell.

The Assange case creates a precedent that mortally threatens freedom of the press in Britain. If Assange is extradited then any journalist who publishes information that the American authorities deem to be classified, however well-known or harmless it may be, will risk being extradited to face trial in America. The US secretary of state, Mike Pompeo, says that non-Americans like Assange do not enjoy First Amendment rights to free expression.

The outcome of the Assange extradition hearing is a crucial tipping point which will tell if Britain and the US go further down the same path towards “illiberal democracy” as Turkey, Hungary, Brazil, India and the Philippines. What Assange and WikiLeaks did – obtaining important information about the deeds and misdeeds of the US government and giving that information to the public – is exactly what all journalists ought to do.

Journalism is all about disclosing important news to people so they can judge what is happening in the world – and the actions of their government in particular. The WikiLeaks disclosures in 2010 only differed from other great journalistic scoops in that they were bigger – 251,287 diplomatic cables, more than 400,000 classified army reports from the Iraq War and 90,000 from the Afghan War – and they were more important. [Full disclosure: I gave a statement read out in court this week seeking to explain the significance of the Wikileaks revelations.]

Astonishingly, British and American commentators are in a state of denial when it comes to seeing that what happens to Assange could happen to them. They argue bizarrely that he is not a journalist, though the Trump administration implicitly accepts that he is one, since it is pursuing him for journalistic activities. The motive is openly political, one of the absurdities of the hearing being the pretence that Trump-appointed officials provide a reliable and objective guide to the threat to the US posed by the WikiLeaks revelations.

Why has the British media been so mute about the grim precedent being established for themselves, were they to investigate the doings of a US government that makes no secret of its hostility to critical journalism. Ten years ago, The New York Times, The Guardian, Le Monde, Der Spiegel, and El Pais published extracts from the WikiLeak documents on their front pages for days on end, but they long ago distanced themselves from its founder. Yet, however much they may wish the contrary, their future is wrapped up in his fate.

Alan Rusbridger, the former Guardian editor under whom the cables and war logs were printed, made this clear in an interview, saying that he had no doubt about the damage being done to freedom of the press. “Whatever we think of Assange,” he said, “what he is being targeted for is the same or similar [to what] many journalists have done, then it’s surprising to me that more people can’t see that this case has worrying implications for all journalists.”

The danger to a genuinely free press is, indeed, so glaring that it is a mystery why the media has, by and large, ignored the issue. Coronavirus is a contributory reason, but treating Assange and WikiLeaks as pariahs long predates the epidemic. Pundits wonder if he is a journalist at all, though he is clearly a journalist of the electronic age, publishing raw information in a different way from traditional newspapers, radio and television. His politics are unashamedly radical, which further alienates many commentators.

Far more important, however, in converting Assange from being portrayed as a heroic fighter against state secrecy into a figure beyond the pale, were the allegations of rape made against him in Sweden in 2010.  This led to a Swedish prosecutorial investigation that continued for nine years, was dropped three times and three times restarted, before being finally abandoned last year as the statute of limitations approached. Assange was never charged with anything and none of this has anything to do with the extradition hearings, but it helps explain why so much of the media has ignored or downplayed the Old Bailey hearings. Many on the political right always believed that Assange belonged in jail and many progressives felt that the rape allegations alone made him anathema.

Daniel Ellsberg, who leaked the Pentagon papers to the media in 1971, gave evidence to the court that he had leaked the secret history of the Vietnam War to show the public that the war was continuing though its perpetrators knew it could not be won. He said that Assange had done much the same, this time in relation to the wars in Iraq and Afghanistan, and the Pentagon Papers and the WikiLeaks disclosures were similar in every way.

The saga of Julian Assange and WikiLeaks is now so long and complicated that it is worth reminding oneself of the piercing light they cast on the US government’s activities in Afghanistan, Iraq and elsewhere. I myself first used the material from the disclosures in the summer of 2010 to explain why the Afghan government, supported by 90,000 US troops, was not winning a war that Washington claimed was in defence of democracy.

I quoted a report from an American civil affairs official in Gardez, Afghanistan, in 2007, who said that he had been bluntly informed by a member of the Afghan provincial council in the town that “the general view of the Afghans is that the current government is worse than the Taliban”. The US official lamented that this was all too true. Why this was so was explained by another US report dated 22 October 2009, this time from Balkh in northern Afghanistan, which described how Afghan soldiers and police were mistreating local civilians who refused to cooperate in a search.  I wrote how the official US report said that “a district police chief raped a 16-year-old girl and when a civilian protested the police chief ordered his bodyguard to shoot him. The bodyguard refused and was himself killed by the police chief.”

Such revelations explain why the Afghan war is still going on and tens of thousands more people have died – and why the US government is so keen to put Assange in jail for the rest of his life.

“If we are to achieve social justice, we need to know what that looks like. BRAVE NEW EUROPE is a space where the economics & politics of a better world, not that of the neoliberal “No Alternative Diktat”, can be imagined & discussed” 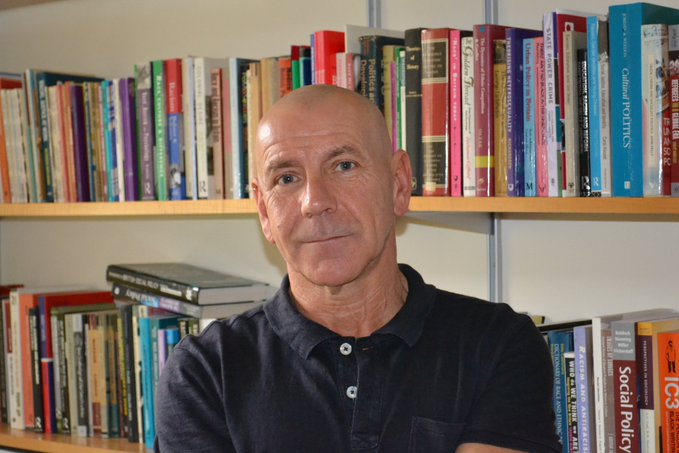 A brilliant read, as Michael Roberts writes a critical, yet very respectful and straightforward review of Thomas Piketty’s new opus , “Capital in the 21st Century”. Michael Roberts is an Economist in the City of […]

Riders and unions complain that the cost of bike purchase and repair takes a significant chunk out of take-home pay. The Gig Economy Project, led by Ben Wray, was initiated by BRAVE NEW EUROPE enabling […]