Some climate solutions can actually harm biodiversity. But there are synergistic solutions that can tackle both issues.

Reynard Loki is a writing fellow at the Independent Media Institute, where he serves as the editor and chief correspondent for Earth | Food | Life. He previously served as the environment, food and animal rights editor at AlterNet and as a reporter for Justmeans/3BL Media covering sustainability and corporate social responsibility.

This article was produced by Earth | Food | Life, a project of the Independent Media Institute 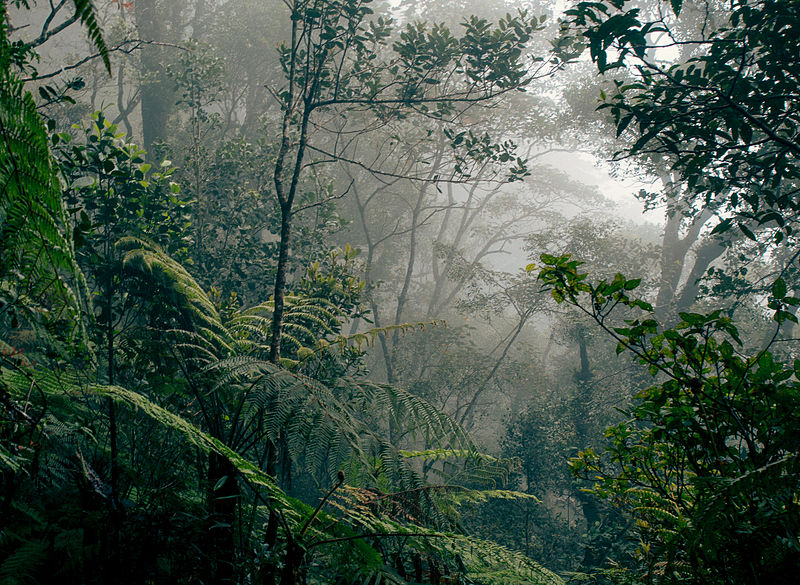 The natural world is undergoing two enormous crises that are currently threatening the natural world: climate change and biodiversity loss. These crises are intertwined. Climate change is cur­rently impacting 19 percent of species listed as threatened on the IUCN Red List of Threatened Species, the world’s catalog of endangered species. We are currently experiencing the Sixth Extinction, the sixth major extinction event in Earth’s history and the only one caused by human activity. The Sixth Extinction is not only itself accelerating—it is also accelerating climate change, creating a destructive feedback loop. Now scientists are beginning to understand that another kind of destructive feedback loop is happening: Our own efforts to protect the climate could actually harm biodiversity.

On June 10, two separate United Nations bodies—the Intergovernmental Panel on Climate Change (IPCC) and the Intergovernmental Science-Policy Platform on Biodiversity and Ecosystem Services (IPBES)—released a joint report that they hope will alter the way society is tackling these crises. The report is the result of a four-day virtual workshop convened by the Scientific Steering Committee assembled by IPBES and IPCC and attended by 50 of the world’s preeminent climate and biodiversity experts who examined how climate and biodiversity policies and strategies relate to each other, work at odds with each other, and can be dovetailed to maximize positive impacts.

The report’s authors call for a “new conservation paradigm [that] would address the simultaneous objectives of a habitable climate, self-sustaining biodiversity, and a good quality of life for all. New approaches would include both innovation, as well as the adaptation and upscaling of existing approaches.”

Within the scientific community, discussions about climate and biodiversity are often separate, creating silos of information that are ultimately not helpful in solving these interrelated dilemmas. (Case in point: The UN joint report represents the first-ever collaboration between the two intergovernmental science-policy bodies.) The report found that policies have generally addressed the two issues independently of each other, which has led to missed opportunities that can maximize efforts on both fronts while meeting global development goals.

“Human-caused climate change is increasingly threatening nature and its contributions to people, including its ability to help mitigate climate change. The warmer the world gets, the less food, drinking water and other key contributions nature can make to our lives, in many regions,” said Professor Hans-Otto Pörtner, co-chair of the Scientific Steering Committee. “Changes in biodiversity, in turn, affect climate, especially through impacts on nitrogen, carbon and water cycles.”

One of the ways that society can protect both the climate and the planet’s biodiversity is to preserve and restore land and marine ecosystems that are rich in both carbon and species. By leaving such regions untouched by human development—or bringing them back to their natural state—the carbon stored in them remains out of the atmosphere, where it would contribute to global warming, and the species that live there would benefit from healthy, functioning habitats. In addition, by leaving forests intact, for example, human society would continue to benefit from the ecosystem services they provide, like regulating floods, protecting coasts, enhancing the quality of water resources, preventing soil erosion and supporting plant pollination. The report found that reducing deforestation and forest degradation can contribute to lowering annual greenhouse gas emissions, by as much as 5.8 metric gigatons of carbon dioxide every year.

An increase in sustainable agricultural and forestry practices—which would reduce greenhouse gas emissions, increase carbon sequestration and enhance biodiversity—is also a way to tackle both issues. By improving the way farmlands are managed, particularly by conserving soil quality and reducing the use of fertilizer, we could prevent as much as 6 metric gigatons of carbon dioxide emissions every year, according to the report.

The report’s authors point out that while the creation of protected areas has been essential for species protection, these areas are not nearly enough to prevent the rapid decline of species on a planetary scale, with only a paltry 15 percent of land and 7.5 percent of the ocean currently protected. And even in many of those areas, laws are not properly enforced. “Not only are protected areas too small on aggregate (and often individually), but they are also frequently sub-optimally distributed and interconnected, inadequately resourced and managed, and at risk of downgrading,” the report states.

In April 2019, a group of 19 prominent scientists published the “Global Deal for Nature” (GDN), a “time-bound, science-driven plan to save the diversity and abundance of life on Earth,” which, when paired with the Paris Climate Agreement, is meant to “avoid catastrophic climate change, conserve species, and secure essential ecosystem services.” The GDN’s main objective is to conserve “30×30”: 30 percent of the Earth in its natural state by 2030. The idea has become an international rallying cry, with 50 nations joining the movement to defend big swaths of intact ecosystems from exploitation, extraction and development.

The Wyss Foundation, a private charitable foundation based in Washington, D.C., “dedicated to… empower[ing] communities… and strengthen[ing] connections to the land,” has joined forces with National Geographic to launch the Wyss Campaign for Nature—“a $1 billion investment to help [nations], communities, [and] Indigenous peoples” mobilize to achieve the 30×30 goal. The campaign has launched a public petition urging immediate action to protect those ecosystems that have not yet been completely despoiled by the unrelenting expansion of humanity. “Protecting 30 percent of our entire planet by 2030 (30×30) is an ambitious but achievable goal,” the campaign says. “To achieve it, all countries must embrace the goal and contribute to it; Indigenous rights must be respected; and conservation efforts must be fully funded.”

Similarly, the UN report calls for the “external recognition of Indigenous peoples’ and community conserved territories and areas (ICCA), initiated, designed, and governed by Indigenous communities,” as well as “enhanc[ing] financing for nature” through a “[s]ubstantial upscaling” of financial resources.

The report also brings up concerns that some climate change mitigation strategies can actually harm biodiversity. For example, growing corn for biofuel or burying captured carbon requires land-use changes that would reduce or compromise wildlife habitats. (Conversely, the scientists did not find any species protection measures that had a negative impact on the climate.)

“The evidence is clear: a sustainable global future for people and nature is still achievable, but it requires transformative change with rapid and far-reaching actions of a type never before attempted, building on ambitious emissions reductions,” said Pörtner. “Solving some of the strong and apparently unavoidable trade-offs between climate and biodiversity will entail a profound collective shift of individual and shared values concerning nature—such as moving away from the conception of economic progress based solely on GDP growth, to one that balances human development with multiple values of nature for a good quality of life, while not overshooting biophysical and social limits.”

Simon Lewis, chairman of global change science at University College London, did not participate in the UN report, but he called it “an important milestone.” “Finally the world’s bodies that synthesize scientific information on two of the most profound 21st-century crises are working together,” he said. “Halting biodiversity loss is even harder than phasing out fossil fuel use.”

Craig Murray – Ukraine: Where to Find the Truth in Enormous Detail

This is not about pro- or contra Putin (did anyone support Saddam Hussein?), but being led by lies into still another superfluous war like Afghanistan, Iraq, Libya, etc. Craig  Murray is a British former diplomat, […]

Since February, more than six million Ukrainians have left their country and as many have been internally displaced. As the Ukrainian army is a male-only institution, the war has led to the separation of many […]