It is no wonder that mainstream media bombards us with how important, valuable, and noble capitalists are – because they aren’t.

Richard D. Wolff is professor of economics emeritus at the University of Massachusetts, Amherst, and a visiting professor in the Graduate Program in International Affairs of the New School University, in New York. Wolff’s weekly show, “Economic Update,” is syndicated by more than 100 radio stations and goes to 55 million TV receivers via Free Speech TV. His two recent books with Democracy at Work are Understanding Marxism and Understanding Socialism, both available at democracyatwork.info 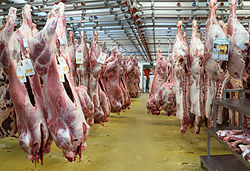 The U.S. president recently ordered meatpacking employees back into workplaces plagued by coronavirus. He did not order the employers to make their slaughterhouses safe. GOP-proposed legislation exempts employers from lawsuits by employees sickened or killed by coronavirus infections at workplaces. The GOP is mostly silent about requiring employers to maintain safe or healthy workplaces. Employers across the country threaten workers who refuse to return to jobs they find unsafe. They demand that employees return or risk being fired. Job loss likely means loss of health insurance for employees’ families. Being fired risks also losing eligibility for unemployment insurance.

Employers are now going to extremes to evade the costs of safe and healthy workplaces. Recently, New Orleans’ authorities and their contractors fired their $10.25 per hour garbage collectors after a short strike. The strikers had demanded protective equipment against garbage possibly infected with the coronavirus and also $15 per hour “hazard” pay. New Orleans replaced the striking workers by contracting for nearby prison inmates paid $1.33 per hour and individuals from halfway houses. Capitalism’s iron fist hits the working class with this “choice”: unsafe job, or poverty, or slave labour with both.

Capitalism has always struggled to minimize outlays on workplace safety and health. Workers have protested this wherever capitalism became the prevailing economic system over the last three centuries. Upton Sinclair’s popular book, The Jungle, published over a century ago, exposed spectacularly unsafe and unhealthy conditions in Chicago’s meatpacking industry. The 1906 passages of the Meat Inspection Act and the Pure Food and Drug Act responded to public outrage over that industry’s working conditions. Coronavirus infection rates among employees of U.S. pork processing plants as high as 27 percent illustrate how employers forever “economize” on workplace health and safety.

The Occupational Safety and Health Administration (OSHA) within the U.S. Department of Labor was established in 1970. It sought to add more systematic federal government supervision and inspection to the regulations pressing employers to provide safe and healthy workplace conditions. Its mixed successes attest to the lengths employers will go to evade, weaken, or ignore efforts to enforce workers’ safety and health.

The profit-driven logic of capitalist enterprises incentivises not spending capital on workplace safety and health conditions unless and until they deteriorate to the point of threatening profits. Capitalists and mainstream economics textbooks repeat endlessly that profit is every enterprise’s “bottom line.” Profitability measures each firm’s economic performance. Profits reward employers; losses punish them. Employers use capital to yield profits; that is their chief goal and priority. As objectives, workplace safety and health are secondary, tertiary or worse: obstacles to maximizing profits.

Capitalism has always sacrificed the safety and health of the employee majority to boost profits of its employer minority. That minority makes all the key enterprise decisions and excludes the employee majority from that decision-making. No wonder employers figure disproportionally among society’s rich, safe, and healthy, while employees figure disproportionally among the poor, unsafe, and unhealthy. Capitalism displays not only extreme inequalities of wealth and income, but also all their derivative inequalities: economic, political, and cultural. Pandemics expose and worsen them all.

In some times and places, capitalism’s iron fist wears velvet gloves. When profits are high and/or critics of capitalism ally strongly with its victims, employers may spend more on making workplaces less unsafe and less unhealthy. Otherwise, employers can and do spend less. If and when they fail to prevent government regulations mandating minimum health and safety standards, employers campaign to evade, weaken, and eventually repeal them. Employers usually repeat the same old arguments to block or undo regulations mandating safety and health standards. Such regulations, they insist, divert capital from productive uses (hiring workers) to “unproductive” uses (improving workers’ health and safety). Thus fewer workers will be hired, hurting the employee class. With such arguments employers have often succeeded and undermined workplace safety and health.

Capitalism’s long record of maintaining nearly constant unemployment—its “reserve army”—not only got workers to accept lower wages for fear of being replaced by more desperate unemployed. Unemployment also got employed workers to accept unsafe, unhealthy workplaces. Unemployment is a kind of torture by one class of another. It helps maintain lower wages and unsafe and unhealthy worksites. That is one reason why reduced labor needs are managed, in capitalism, not by keeping everyone employed but for fewer hours per week. That option is not generally chosen because firing a portion of the workforce—depriving those unfortunates of jobs—better disciplines workers to accept what they might otherwise reject.

In today’s situation, employers and the government, equally unprepared for the virus, did too little too late to prevent a dangerous pandemic. Sudden mass lockdowns led to mass unemployment. Expensive reconfiguring for social distancing, mass testing, cleaning and disinfection, etc., might have rendered jobsites safe and healthy. Instead, employers and their political spokespersons press employees back into unsafe, unhealthy workplaces. A “reopening the economy” is ordered. Employers get to impose unsafe and unhealthy workplaces by reframing the process as a patriotic return to a noble, national “work ethic.” Employers are counting on this sham drama now.

Consider this historic parallel: capitalists in the U.S. and elsewhere once regularly employed children as young as five years old. Their jobs’ safety and health conditions were mostly inadequate and often deplorable. Their pay fell well below that of adults. They suffered injury as well as physical, sexual, and emotional abuse. Schooling was neglected if not altogether absent. Yet capitalists insisted that economic well-being and prosperity required their access to child labour. Ending it would bring economic decline possibly “worse” than child labour. A reasonable “trade-off” was required. Employers argued that poor families needed and welcomed incomes from employed children. Employers also insisted, then as now, that they had spent all they could and all that was needed to provide adequately safe and healthy work conditions.

Working-class responses to child labour took time to develop the necessary understanding and political power. Once they did, child labour was doomed. Working-class parents confronted capitalists with a non-negotiable demand: overcome the horrors of child labour by ending it. Employers would have to find other ways to profit. Many did even as many others moved abroad where child labour is still allowed. They still do.

Today’s parallel non-negotiable demand: end unsafe and unhealthy workplaces. That requires differently organized workplaces. The majority, employees, must control their safety and health. It must be a higher priority than profit for the minority of owners, boards of directors, etc. Once again we meet society’s need for transition to a worker-coop based economy.