The EU has revealed its long-awaited pact on migration and asylum. Brought forward by a week, the timing seems an attempt to pacify the outrage over the devastating fire at the Greek refugee camp Moria that started on September 8. Images of the fires showed an unprecedented – but predictable – human catastrophe. Some 13,000 people were left homeless after being crammed into a camp designed to host 3,000. They are now slowly being rehoused. Clearly the EU has lacked a coherent strategy on migration.

The new pact promises a fresh start by meaningfully updating a system that for years many have regarded as broken. Since the 2015 “crisis”, chronic inaction and stifled negotiations have meant that solutions have been pursued on an ad hoc basis. The grievances are well known.

Under the older regulations the first EU country migrants entered was given primary responsibility for deciding their claim. In practice, popular migration routes meant that southern European states shouldered a disproportionate amount of the responsibility. Meanwhile, currents of xenophobia and austerity, particularly in the so-called Visegrád states of Poland, Hungary, the Czech Republic and Slovakia, have meant that prospects of Europe speaking uniformly have seemed remote.

Yet the architects of the deal have recently struck the right tone, delivering encouraging slogans that exhibit an understanding of the key issues. They promised a new balance between responsibility and solidarity. The message has been clear: “no more Morias”. The European’s Commission’s president, Ursula von der Leyen, prioritised a “humane solution”. It has been recognised that migration is inevitable and even enriches society. 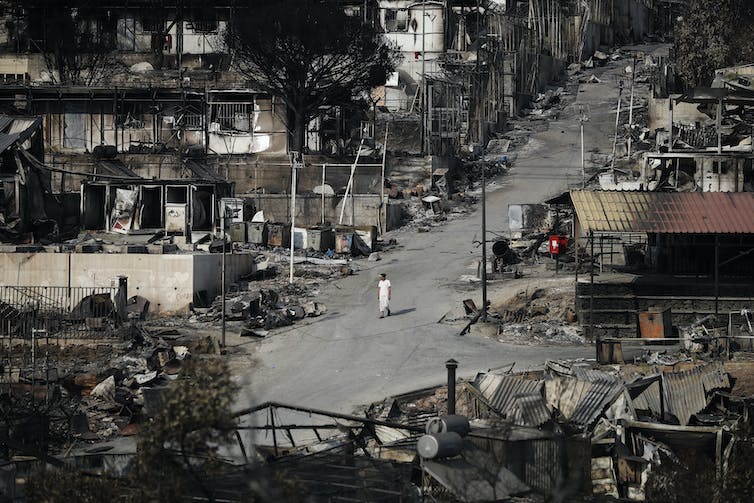 How, then, has the EU been able to navigate these competing tensions? The answer, I think, is underwhelming. There is still a distance between political rhetoric and political commitments. The pact is largely characterised by the continuation of older ideas, favouring political consensus over humanitarian impulses.

Under the terms of the new pact, the EU’s approach to migration management is much more comprehensive. It strengthens its control over every aspect of migration – from influencing the asylum seeker’s home country, reinforcing the EU’s external borders at land and sea, to refining the region’s internal rules. The Commission’s vice-president, Margaritis Schinas, invokes the image of a house with three floors to demonstrate how this functions.

The first layer of its strategy, the initial floor of the EU’s house, is directed towards forging partnerships with foreign states. It will use diplomatic incentives, such as financial rewards or visa allocations, to cooperate with “third countries” in order to restrict the outward flow of migrants. Improving conditions in the region of origin is alleged to “keep people, for a better life, in their countries” and to prevent human trafficking. This will suppress the numbers reaching Europe.

Yet it is not entirely motivated by altruism. The EU has concluded similar deals in the past, but is seemingly unconcerned about the conduct of its partners or the ultimate consequences. In Libya, for example, thousands have been held in detention centres in deplorable conditions as a direct result of EU policies. Similar deals have been signed with Turkey, undeterred by the spectre of authoritarianism.

If one manages to ascend the slippery staircase to reach the house’s second floor – that is, entering the EU – the welcome is equally frosty. This part of the strategy involves more investment in policing the seas for the arrival of migrant vessels as well as more border processing centres on land.

The former involves Frontex, the European Border and Coast Guard Agency. This EU agency has used its inflated budget and the latest technology to devastating effect by intercepting boats at sea. It is a ruthlessly efficient sentinel which has led to the numbers of arrivals by sea drop dramatically. But Frontex has also frequently been accused of excusing abusive practices by NGOs and human rights groups and of suffering from a lack of accountability. Thankfully, the EU has moved to decriminalise sea rescue attempts in the new pact, a move which brings it into line with international law. 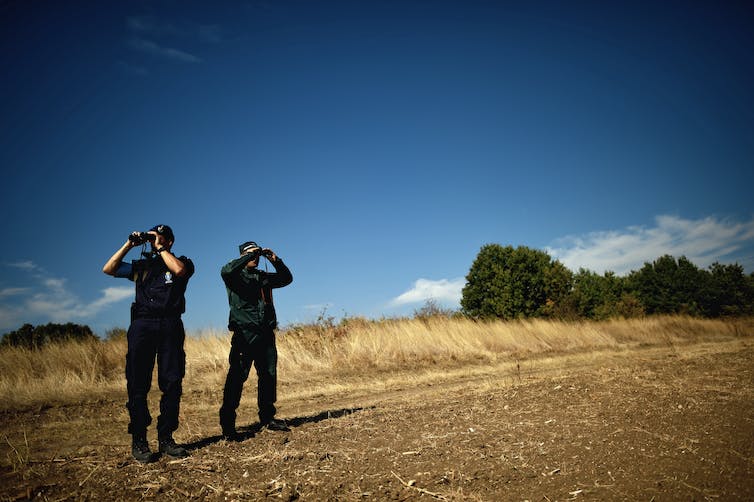 Another measure of control is the use of reception centres at its furthest borders. By “streamlining” its procedures, the EU aims to investigate claims more efficiently and prevent overcrowding. Within five days of their arrival, migrants will be split into two groups, based on their country of nationality. Should you originate from a state where your compatriots have rarely been granted asylum (chances of success lower than 20%) or from a country the EU has arbitrarily deemed “safe”, you are submitted to a fast-tracked procedure that is aimed at returning you home. Others can enjoy a full hearing.

Expediting the procedure may sound positive, but it is entirely conceivable that such reception centres might turn into refugee camps, just like Moria. It is further likely that this expedited process may circumvent procedural guarantees to have one’s claim heard as well as the right to appeal negative decisions. Return in such cases might endanger lives.

The third and final “floor” involves the EU’s internal rules. Under the peculiar idea of “mandatory solidarity”, the EU seeks to distribute the burdens of migration more evenly across the bloc. The central idea is that no state can simply take a back seat: inaction is no longer an option.

Two sources of contention – mandatory quotas for admitting refugees and the mechanisms for determining which country is responsible for asylum claims – have been replaced. But responsibility for asylum claims mostly still falls to the country to which asylum seekers have first travelled. Countries can choose to accept or assist with the return of refugees.

To help create more relocation opportunities within Europe, the EU will offer countries €10,000 for each refugee they admit. But if states remain averse to this course of action, they can participate in “return sponsorship”, assisting with their deportation. It is probable that the states that are most unwilling to accept asylum seekers will be charged with removing refugees. To extend the house metaphor, even if one somehow climbs the first two floors, the third still carries the risk of defenestration.

Reading through the pact, it is easy to forget that the notion of asylum is premised upon the idea of not returning people to a country where they face dangers. Yet at root, each aspect of the pact is characterised by an attempt to prevent, deter and return migrants reaching Europe’s shores.

The EU may have broken a deadlock, but it has agreed a pact on migration that cedes too much ground to nationalist sentiment. The terminology used throughout resists emotion – migration diplomacy, streamlined procedures, mandatory solidarity. On a human level, it is hard not to be disappointed.

Claude Poissenot – Why France’s ‘gilets jaunes’ protesters are so angry

Claude Poissenot, Université de Lorraine France’s “gilets jaunes” protests of December 1 were marked not only by their anger and violence, but also by the variety of those taking part. The violence of the protests […]

dinamo press: “Economists no longer know how to count”: Interview with Christian Marazzi

Following a long period of relative stability in the financial markets, further turbulence emerged at the beginning of February. Several conflicting explanations have been given as to the origin of this flash crash. The most […]

Michael gives his prediction for the worldwide economic development in 2022 Michael Roberts is an Economist in the City of London and a prolific blogger Cross-posted from Michael’s Blog At the beginning of each year, […]