As plagues of locusts, nightmarish infernos and a deadly pandemic sweep the planet, it has become easy to slip into despair in the face of the immense challenges facing humanity. 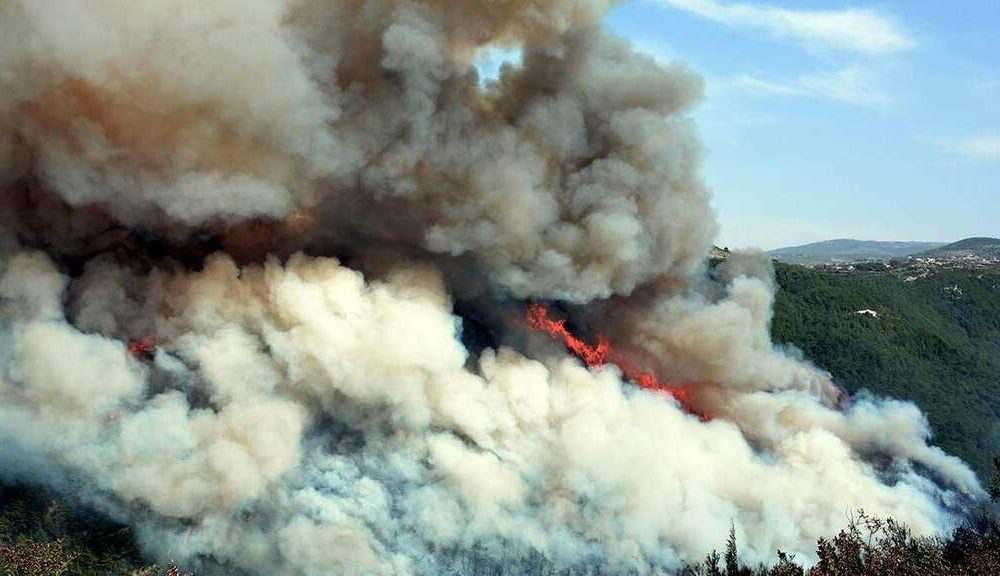 Even the Doomsday Clock has had to switch to measuring our proximity to armageddon in seconds as opposed to minutes, with the twin threats of nuclear war and climate destruction leaving us 100 seconds from doom.

In the face of such unprecedented challenges the neoliberal establishment have retreated behind a nativism that seeks to preserve the status quo as they bury their heads in the sand when it comes to tackling the imminent threat of climate disaster. Some piecemeal proposals have been made in the name of international cooperation towards averting climate catastrophe, such as the European Green Deal, a lumbering effort towards a carbon-neutral European Union which promises to offer too little, too late.

In the midst of this nadir of international cooperation, the Progressive International (PI) held its inaugural virtual summit on 18 September.

Aiming to “unite, organise and mobilise progressive forces around the world”, the PI offers a much broader scope than other internationalist organisations across the political spectrum, and underscores humanity’s now looming stark choice: “Internationalism or Extinction”.

With keynote speeches from Yanis Varoufakis, Naomi Klein and Noam Chomsky, the inaugural summit covered a wealth of topics, from how to reclaim the world post-Covid, a blueprint for radical democratic internationalism that doesn’t ignore provincialism, and ultimately the urgent need for a Global Green New Deal.

The necessity for progressives around the globe to cooperate could not be any clearer; recent years have seen a perverse reactionary nationalist international that has positioned itself as the “true opposition” to the corrupt neoliberal establishment which pushed “business as usual” in the face of unprecedented economic disaster and climate disaster. This illusory struggle between liberalism and proto-fascism has made it impossibly difficult for true progressives to be heard above the din, meaning that so many opportunities to arrest rising inequalities and undo some of the damage of climate destruction have been missed.

To put their words into action, Yanis Varoufakis urged attendees to adopt a “common program and an uncommon collective action plan”, offering a blueprint for collective action that will enable cooperation on an international scale without ignoring local issues. At the heart of this blueprint is the Global Green New Deal, a synthesis of existing programs that will offer a more radical, coherent vision in the face of climate disaster.

This deal will offer a roadmap out of austerity towards a greener future, adopting many of the ideas of the Green New Deal for Europe, championed by DiEM25. The adoption of zero-carbon infrastructure and the centering of green, dignified and well-paid jobs must be central to this Global Green New Deal, and this will also require progressives to coordinate the distribution of costs and benefits between the Global North and South.

The recognition that socialist struggles against inequality are inextricably linked to the fight against climate disaster is one that many progressives must be forced to reckon with.

As long as the world’s richest 1% create twice as many CO2 emissions as the poorest 50%, socialism is the only alternative to a reactionary, climate-destroying authoritarianism, as Vijay Prashad reminded attendees. Similarly, Lakota historian Nick Estes spoke of the urgent need to decolonise the atmosphere and offer an earth-centric, rather than anthropocentric blueprint for humanity. While Indigenous peoples make up less than 5% of the Earth’s population, their stewardship protects around 80% of the planet’s biosphere. The Amazon rainforest, which serves as the lungs of the world, is in grave danger, and Indigenous activists are the most vital line of defence against irreparable climate disaster.

Any Global Green New Deal must incorporate Indigenous leadership, inspired by the Cochabamba conference of 2010 and the climate courts which it called for. It is vital that the Global North creates atmospheric space for the Global South through the reduction of and absorption of their emissions, assuming the costs of transfer technology transfer, opening their borders and paying off their climate debt through land restoration.

Naomi Klein offered her vision for the “Years of Repair” that will inevitably follow the current COVID-19 crisis.

She posited that the pandemic can serve as our “teacher”, granting us the time and space to reassess the lop-sided priorities of our pre-COVID lives. On an individual level, Klein said that this crisis has given us pause to question our overconsumption, and demonstrated to us that nobody belongs in warehouses, prisons, meat packing plants, detention camps or factory-like old age homes where the virus spread: “Places where human lives were already sacrificed, human machines for extension of profit.”

The Global Green New Deal must be the cornerstone of these Years of Repair. For those of us who wake up every day to stories of a burning, broken world, the Progressive International and the Global Green New Deal offer us an imperative that disparate forces around the planet can unite around, sharing stories of a collective purpose and collaborating towards a just and equitable transformation. In the words of Klein herself,

“By being willing to look at our state of brokenness there is the room for grief and care for one another.”

The absolute imperative need for compassion, solidarity and love in the face of climate destruction and the collapse of liberal democracy could not be any greater, urged Noam Chomsky in his keynote speech. Progressives everywhere must work together to rebuild (or in some cases, build outright) a vibrant and well-informed democracy. Echoing the calls of some of the world’s leading climate scientists, Chomsky urged us to panic. People around the world are simply not doing enough, and we are cursed with the worst leaders at the worst possible time.

A Global Green New Deal would demonstrate that the means to alter our course and avert this crisis are available right now, but not for long.

One of the primary aims of the PI must be to ensure that we “panic now and act accordingly.” Dr Cornel West also made the urgent plea for progressives to fight against extinction “with a smile on our face”, tackling the twin crises of complicity, complacency and cowardice in the political and intellectual classes.

Progressive internationalists working towards a Global Green New Deal must panic, but in a controlled, meaningful and decisive way, urged John McDonnell MP, former UK Shadow Chancellor. The current pandemic has lifted the veil over many, exposing the crippling failures and weaknesses of the neoliberal system which is destroying the planet. Decades of austerity following the 2008 crash in the UK and further afield have left public services stripped to the bone and unable to deal with the pandemic, meaning that few have any confidence their ruling classes will be able to take decisive action against climate destruction.

Progressive political parties such as Labour in the UK must make a Green New Deal central to their political program, rather than offering a “Britain First” rhetoric. In the face of extinction, internationalism and socialism are the only alternatives, and the Progressive International offers a blueprint for a radical, democratic Global Green New Deal which will save our planet.

Mark Blyth and Simon Tilford – How the Eurozone Might Split

The end of the Euro. The end of the EU. Germany outed as Europe’s hegemon. MARK BLYTH is Eastman Professor of Political Economy at Brown University SIMON TILFORD is an economist Cross-posted from Foreign Affairs […]

What it meant to discipline labour in the Soviet Union. Cross-posted from Branko Milanović’s blog When I reviewed on Wednesday Fritz Bartel’s excellent new book “The Triumph of Breaking Promises” where he describes how governments in […]