From software giants to soft drinks makers, the vast majority of partners at climate talks in Egypt are enmeshed with the oil and gas industry, researchers find.

Stella Levantesi is an Italian climate journalist, photographer, and author 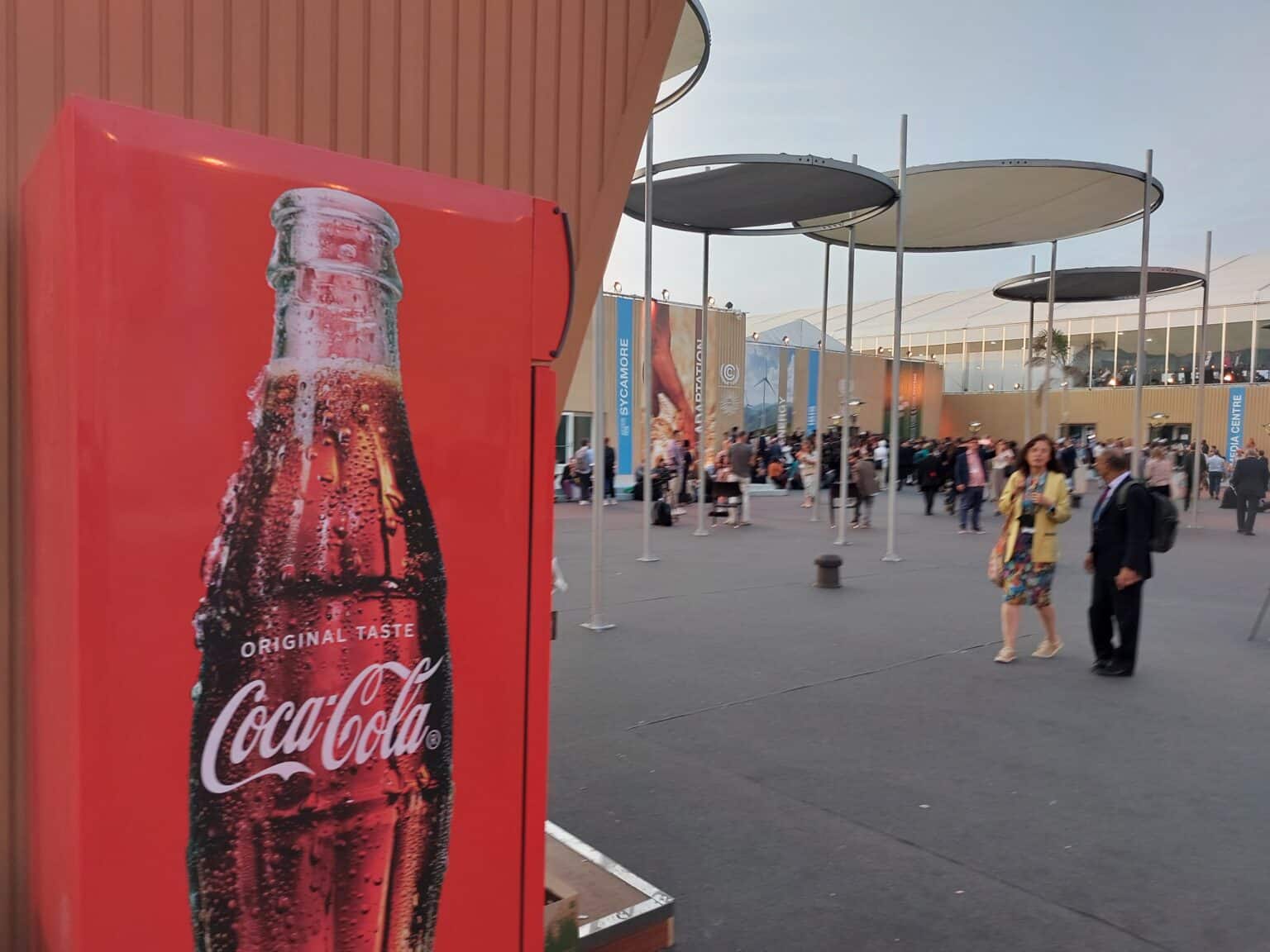 Eighteen of the 20 companies sponsoring U.N. climate talks in the Egyptian resort of Sharm El-Sheikh either directly support or partner with oil and gas companies, according to a new analysis shared with DeSmog.

The findings underscore concerns over the role of the fossil fuel industry at the negotiations, known as COP27, which have become a focal point for deals to exploit African natural gas.

“These findings underline the extent to which this COP has never been about the climate: It’s been about rehabilitating the gas industry and making sure that fossil fuels are on the agenda,” said Pascoe Sabido of Brussels-based Corporate Europe Observatory, which co-produced the analysis with Corporate Accountability, a nonprofit headquartered in Boston.

“These talks are supposed to be about moving us away from fossil fuels, phasing them out,” Sabido told DeSmog.

A previous analysis by the two organisations and research and advocacy group Global Witness identified at least 636 fossil lobbyists who have been granted access to COP27 – an increase of more than 25 percent compared to the previous COP26 talks held in Glasgow a year ago; and twice the number of delegates from a U.N. body representing indigenous peoples.

“This is part of the bigger problem which is linked to the overall corporate capture of the U.N. climate talks,” Sabido said. “We need to kick big polluters out.”

As documented in the latest edition of DeSmog’s Gaslit column, fossil fuel sponsorship of COP27 represents an extension of a decades-long effort by oil and gas companies to buy social legitimacy by bankrolling sports, arts, and education around the world.

COP27 partner Hassan Allam Holding, one of the largest privately owned corporations in Egypt, has announced plans to invest  $17.1 billion to turn North Africa into a regional natural gas hub, and $830 million in oil projects over the next two years, the analysis found.

Sponsors also include Cairo-based Afreximbank, which plans to finance new oil and gas projects through the creation of a multi-billion dollar “energy bank”, and Mashreq, the oldest private bank in the United Arab Emirates, which refinances oil and gas projects.

Microsoft, which uses cloud-based artificial intelligence to help companies such as Chevron optimize oil and gas extraction, is a partner at COP27, along with rival Google.

Google says it has cracked down on climate misinformation on its platforms. But the company is still taking money from oil and gas companies to place adverts in search results that present their industry as environmentally friendly, a report found.

German engineering company Siemens, another COP27 sponsor, services firms such as Cairo-based Orascom Construction, which built one of the world’s biggest gas power plants in Egypt in 2018. IBM, also a sponsor, works with pesticide and fertiliser companies to promote “carbon farming” – a carbon offsetting technique that generates carbon credits for storing carbon in soils. Many climate groups believe such practices will provide an excuse for big companies to continue polluting.

The predominance of fossil fuel sponsorship at COP27 cuts a stark contrast with demands from countries facing an existential threat from climate change for urgent action to cut emissions.

Last week, the island states of Vanuatu and Tuvalu became the first countries to back calls to cut greenhouse gas emissions at source by developing a treaty modeled on Cold War-era nuclear arms control agreements to wind down oil, gas and coal production.

Advocates of the campaign for such a Fossil Fuel Non-Proliferation Treaty, including a growing number of cities and municipalities, also want to ban fossil fuel advertising and sponsorship.

“We’ve got numerous countries calling for a Fossil Fuel Non-Proliferation Treaty and yet COP27 is sponsored by the same companies either directly funding them [fossil fuels], facilitating the extraction of oil and gas, or using their products,” Sabido said.

The Boston Consulting Group, an American consulting firm and one of the main COP27 partners, works with Anglo-Dutch oil major Shell. COP27 lead partner Coca-Cola, which relies on plastic bottles derived from hydrocarbons, was named the world’s top plastic polluter for five years in a row by the Break Free From Plastic movement in its annual brand audit. The oil industry is banking on expanding production of plastics and other petrochemicals for its future growth.

Only two out of the 20 COP27 sponsors, renewable energy provider Infinity Power and real estate developer Sodic, have no strong ties to the fossil fuel industry, the analysis  found.

Corporate Europe Observatory and Corporate Accountability are calling for the U.N. body that organises the annual climate negotiations to adopt a conflict of interest policy that would exclude fossil fuel companies and their partners from attending or sponsoring the events.

More than 450 organizations have already supported a campaign to Kick Big Polluters Out of COP27.

The complexities of how socialist labour-managed firms functioned Branko Milanović is an economist specialised in development and inequality. His newest  book is “Capitalism, Alone: The Future of the System That Rules the World” Cross-posted from […]

Gig Economy Project – The pandemic and the gig economy in global perspective: Interview with Kelle Howson