Sven Giegold warns that the Coronavirus pandemic has been used as a pretext by powerful lobbies to weaken and delay a European Green Deal. 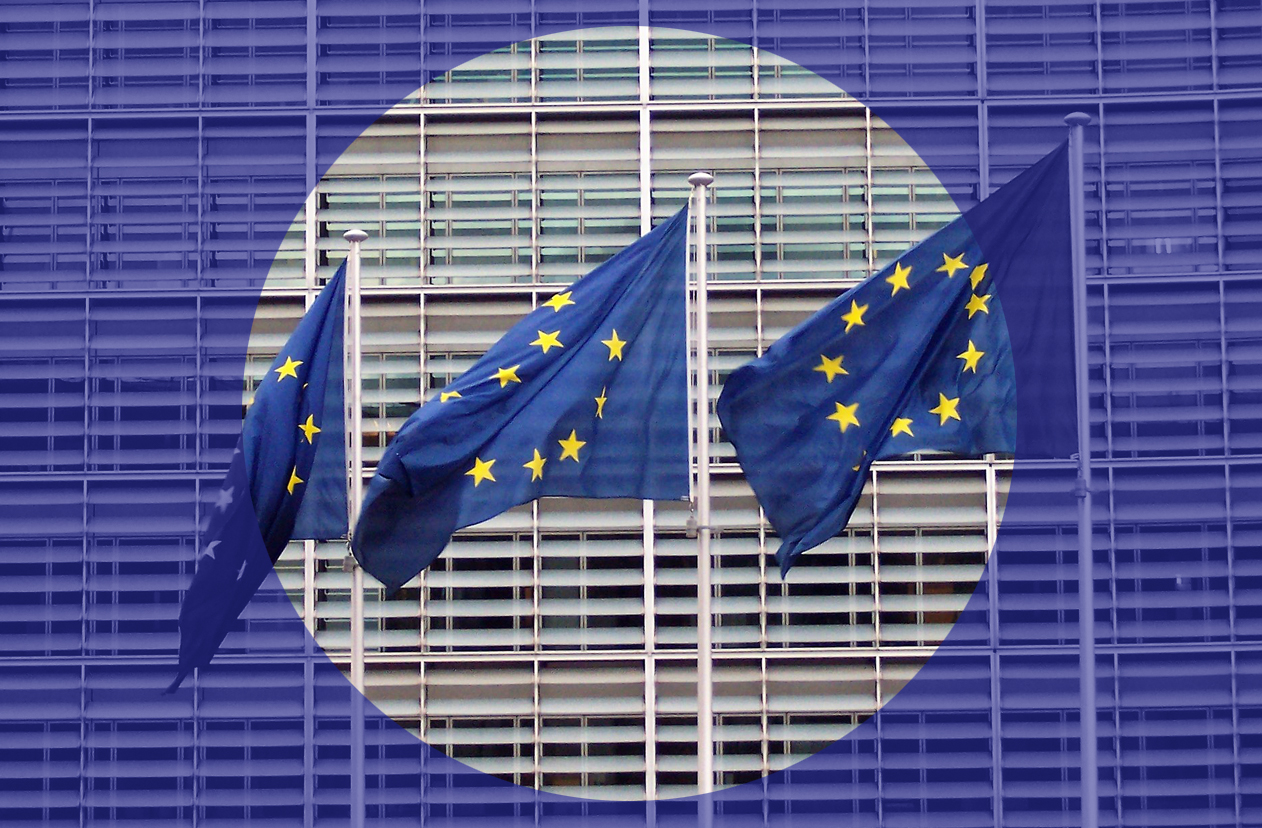 In order to come out of the Corona crisis economically stronger and to protect ourselves from similar catastrophes in the future, we have to act more sustainably (and more European). The economic recovery after Corona must take place on the basis of massive investments in future-proof, safe technologies. As recently as December, the EU Commission announced what is probably the largest sustainable economic program in European history: the European Green Deal. It is an impressive testimony to European climate and environmental action, which intends to fundamentally reform the European economy by 2050 and make it future-proof.

But before the Green Deal really kicks off, lobbyists of various industries as well as political parties intervene, using the Corona crisis as a pretext. They demand that the goals and instruments of the Green Deal be weakened, delayed or buried entirely. We have compiled the long list of lobby attempts. It includes traditional industries such as automobile manufacturers and airlines, but also sectors less affected by the crisis, such as the plastics industry and electronics manufacturers. They all spoke out against environmental and climate protection and justified it with the Corona crisis. I would like to share with you the most outrageous examples of these lobby campaigns:

1. In Germany, car lobbyists are committed to ensuring that one of the core promises of the green deal is not implemented. They are calling on the federal government to prevent the review and tightening of CO2 limit values for cars announced in the Green Deal. To this end, the German manufacturers repeatedly intervened with the German Federal Government, although the latter had already sided with the automotive industry and against the Green Deal in January.

In Brussels, the European umbrella organization for the automotive industry goes even further. In a letter to the President of the EU Commission they demand that targets for CO2 reduction that were decided years ago be postponed. It is precisely these goals that should ensure that industry invests in future-proof CO2-free cars.

2. Airlines, which will soon be saved across Europe with billions of euros in tax money, are already sharply opposed to any taxes on kerosene. So that no one in the future comes up with the idea of thinking about appropriate levies on fossil fuels when air traffic is once again making a lot of profits.

3. Big Farmers’ associations are trying to exploit human suffering both in Germany and at EU level. In Brussels, the umbrella organization is campaigning for a delay of the “Farm to Fork” strategy. This strategy, announced in the Green Deal, is intended to make the European agricultural industry more sustainable. Postponing it not only delays urgently needed reforms, it also blocks investments in sustainable technologies in the agricultural sector.

In order to prevent new rules for reducing the massive pollution of German waters by fertilizers, the farmers even threatened to deliberately cut food production during the crisis. The new German fertilizer regulation was ultimately adopted against the great resistance of the farmers’ associations. However, the entry into force of important parts of the regulation was postponed by three months.

4. The Christian Democrats and Conservatives in the European Parliament (EPP) try to take advantage of the global crisis to, like the farmers’ lobby, call for a renewed delay of the much-needed agricultural strategy of the Green Deal. They are using the corona pandemic as an excuse to delay important reforms in the agriculture sector. We know, however, that in addition to climate protection, it is particularly biodiversity and sustainable agricultural practices that can help prevent global epidemics in the future. According to the EPP’s request, the EU Commission’s agricultural strategy, which should be presented in March, should be postponed until “at least after the summer”.

5. The plastics industry is asking the EU Commission to postpone the deadline for the implementation of the Single-use Plastic Directive at national level by at least one more year. In addition, all bans on single-use plastics are to be lifted. But they fail to explain what the Corona crisis has to do with plastic cutlery and straws. These bans were passed in 2019. Member States will have to implement the bans and other measures to reduce the use of single-use plastic from July 2021.

6. In a letter to the European Chemicals Agency (ECHA), the Federation of German Industries (BDI) requested that the introduction of a database of dangerous chemicals in products be postponed due to the Corona crisis. The database is intended to provide consumers, authorities and producers with more transparency. This should enable consumers to better estimate which particularly dangerous chemicals are in products and how actors along the supply chain have to deal with these products.

The BDI also hopes that the ban on perfluorooctanoic acid (PFOA), an extremely persistent chemical, will be postponed. PFOA accumulates in the body and in the environment and is practically not broken down. The EU Commission had already decided to ban this dangerous substance last year. The ban is due to enter into force in July 2020. In addition, the BDI demands that consultations on restrictions and bans on chemicals should be postponed and that work on new measures does not even begin.

7. Business Europe, arguably the most powerful lobby association in Brussels, whose members include many of the national business federations and some of the world’s largest companies, announced that it was inevitable that the schedule and the scope of new, major European initiatives need to be changed. All environmental and climate consultations should be suspended.

At least two Business Europe members, Renault and ENGIE, have both signed the lobby association letter and the “Green Recovery” call signed by more than 180 politicians, CEOs and civil society representatives, including myself and many Greens. These companies use their good name in public campaigns for environmental and climate protection, but campaign for the opposite hidden in an anonymous lobby organization.

8. Retailers presented a whole catalog of proposals to weaken the Green Deal. At the European level retailers’ representatives want to delay a new database with information on dangerous substances in products, just like the BDI. In Germany, they are asking the federal government to bury important parts of the new circular economy law. Here too, the associations resist new rules on transparency. The German textile trade association demands that after the Corona crisis, access restrictions for cars in city centers, i.e. environmental zones in Germany, should be lifted.

9. The shipping industry argues that the Green Deal has to be postponed until after the Corona crisis is over. The industry declares that companies first have to recover, before the ambition of the Green Deal can be restored. What they are missing, however, is that in the long-term jobs can only be secured with investments in sustainable technologies. Only if the Green Deal is put into action, can the recovery lead to sustainable and future-proof growth of the industry.

10. The steel and cement industries hoped for an exception to the European Emissions Trading System (ETS). The industries want to postpone deadlines to report last year’s emissions because of the Corona crisis.

11. The Consumer Technology Association asked the EU Commission in a letter to suspend new ecodesign rules for external power supplies. These were decided on October 1, 2019 and came into force on April 1, 2020. The letter from the lobby association only came on April 6th, at a time when the manufacturers should have already complied with the new rules.

12. In a letter to the President of the EU Commission, SME Europe, the business association of the European People’s Party (EPP), calls for a new instrument to be set up that enables the Commission to postpone the deadline for new laws that would otherwise come into force during the crisis. They also demand, among other things, to postpone new ecodesign rules for external power supplies.

13. The Secretary General of the Economic Council of the CDU demands “to put all special burdens on the German economy to the test”, this also includes climate and energy policy. At the EU level, Germany should “work for a temporal extension of the climate policy targets”.

14. The German extreme right party AfD wants to end the energy transition due to the corona crisis and reverse the coal phase-out.

15. The environment coordinator for the right-wing conservative to right-wing populist ECR parliamentary group in the European Parliament has asked the President of the Commission to postpone all new laws and initiatives of the Green Deal until after the Corona crisis. The Commission should radically reduce its pre-crisis regulatory ambitions and review its political priorities.

17. The Polish government wants to obtain exceptions for Poland from European emissions trading.

The EU Commission, the European Parliament and the member states must not engage in this farce. We have to think about the future, especially in times of crisis. If we do not act now, an impending economic crisis will be part of this future just as much as the collapse of ecosystems, unmitigated extinction of species, and unstoppable climate change.

What do people spend their money on? This article provides insights concerning the spending habits of the British, breaking this down into income and age groups. The results are telling. Stephen Clarke is a Research […]

When a political class has utterly failed it tries to make a national virtue of this failure or, what is not mentioned here, find scapegoats to blame it on. Branko Milanović is an economist specialised […]