“Forlorn Hope” was a British military term from the seventeenth to early nineteenth century for a group of soldiers chosen to take an extremely hazardous role in a military operation, where the risk of casualties was very high. Probably one can refer to the Degrowth proponents as a “Forlorn Hope”. Theirs is a struggle against human nature and especially decades of massive consumerist brainwashing and neoliberal ideology.

Degrowth’s message is that less is more. That entails stopping economic growth and replacing it with increased well-being. It is essential if we have any chance of stopping the climate crisis.

It has taken Degrowth’s proponents some time to find their stride, or rather their first steps. Sometimes I have had the impression that they have kept themselves out of view to avoid the imminent onslaught that will be their fate. Recently however a few books have appeared on the topic signalling a sort of coming out. These include “Less Is More: How Degrowth Will Save The World” by the economic anthropologist Jason Hickel and “Exploring Degrowth: A Critical Guide” by Anitra Nelson and Vincent Liegey.

The appearance of the Case for Degrowth in the outstanding “Case for” series published by Polity Books presenting relevant new topics and discussions for a broad readership is a sign of coming of age. This is an introductory work covering a lot of ground; a broad approach guaranteed by having four authors: ecological economist and political ecologist Giorgos Kallis; anthropologist Susan Paulson; political ecologist Giacomo D’Alisa; and socio-environmental scientist Federico Demaria.

As the authors explain in their preface: “The goal of degrowth is to purposefully slow things down in order to minimise harm to humans and earth system”. As they so aptly point out, you can do this by design, or it will be dictated by nature, as we are currently experiencing with the COVID pandemic – not to mention the increasing number and scale of natural disasters. Their answer is a scaling down of the exploitation of the planet and its inhabitants to a sustainable level.

One does not need to be well read on the topic of climate change to understand that this pertains mostly to the economically advanced nations, especially a wealthy strata of the upper 10%. But the problem of climate change is also one of the supply side, and that is what Degrowth primarily addresses.

Degrowth, as the authors explain, means reorienting economies and societies away from materialism and consumerism towards ensuring well-being. As they go on to write, it is this current system in which many of us participate that is responsible for the current dysfunctions of our world, not only the environment but the increasing inequalities in our societies. Well-being is no longer a given in an advanced economy, since younger generations have no hope of attaining a living standard or a financial and health security close to those of their parents and grandparents. It is this increasing exploitation of our environment and our societies that needs to be stopped and put in reverse.

This book thus explores an unavoidable system change, either by choice or as thrust upon us by disaster. The technical solutions are probably not so difficult, but the changes required in the consciousness of the earth’s inhabitants are massive, especially in the “wealthy” nations.

The authors dedicate a chapter, “Sacrifices of Growth”, to debunking the myth of unlimited economic growth, which they also apply to the version of the Green New Deal that envisions ever increasing material wealth, just in a green format. The planet simply does not have sufficient resources, nor can it cope with the resulting pollution and environmental destruction. They also point out that material growth does not necessarily equate with well-being: 1 percent of GDP growth results in an increase of 0.6 percent to 1 percent in CO2 emissions. Comfortingly, also the reverse is true.

In the following chapters, “Making changes on the ground” and “Path-Breaking Reforms” the authors present a series of practical solutions drawing in part from already existing examples. These are very much biased towards economically advanced nations. The first of these two chapters is on the micro-economic level. The problem with such examples is that they appear few and far between (which they are) and tend to have almost an esoteric quality. Any real, large-scale solutions are going to have to be at a national and supra-national level. We all want to play our part, even make sacrifices, but the resources that one does not use are probably being sold, at a discount, somewhere else, and end up doing even more environmental and social harm – as we are seeing with the EU dairy surplus.

These macro-economic aspects are dealt with in the second of the chapters. Unfortunately the authors do not seem to be at the forefront of the current discussion when it comes to financial policy. They use the usual trope of bonds and higher taxes to finance this transition. The discussion has moved on as many leading supporters of the Green New Deal have combined it with Modern Monetary Theory and rejected Universal Basic Income, preferring a Job Guarantee, thus mobilising the workers needed for the transition, much as was the case with the original New Deal. To explain these newer concepts may have simply been too much for an introductory book such as this. Possibly that will be the subject of a further title in the “Case For” series.

There follows a further practical chapter entitled “Strategies for Mobilisation”. The authors are under no delusion about the wall of resistance Degrowth will run into. For people who have been bombarded with the dogma of progress, this is synonymous with more material goods. Even important immaterial gains such as better education are seen as a means to material wealth. They are not going to be easily convinced. Maybe the economist Steve Keen is right: people do not start making changes until it is too late.

Probably Degrowth will not become a movement, but it is without a doubt an important tool for charting the course we need to take. The sooner we engage with Degrowth the better. Whoever is in need of an introduction to the topic, or is simply seeking additional practical Degrowth examples or elements, the “Case for Degrowth” is warmly recommended.

On Wednesday, 9 December 2020 from 8-10 pm CET BRAVE NEW EUROPE will be presenting a podcast with Susan Paulson and Jason Hickel: “Everything you wanted to know about Degrowth (But didn’t know who to ask).”

The podcast is in English with a simultaneous translation into German 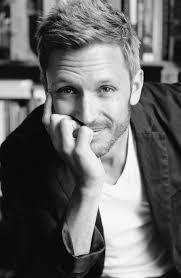 Nervous States: How feeling took over the world by William Davies

Book Review by David Shirreff Perhaps this book should be called The Theory of Everything, though that title has already been used for a movie about Stephen Hawking, the theoretical physicist and expert on black […]

An article written directly after the Brexit referendum. Mathew D. Rose is an Investigative Journalist specialised in Organised Political Crime and an editor of BRAVE NEW EUROPE. The vote for Brexit is the best thing […]

The Political Economy of Italy’s Decline by Andrea Lorenzo Capussela

Book review by Mathew D. Rose Andrea Capussela has a tale to tell – and he does it well. This book could not have appeared at a more opportune moment as it seeks to illuminate […]