Drawing on a new book on the events of 2020-21, William Davies, Sahil Jai Dutta, Nick Taylor, and Martina Tazzioli offer a critical account of COVID-19 as a political-economic rupture, exposing underlying power struggles and social injustices. 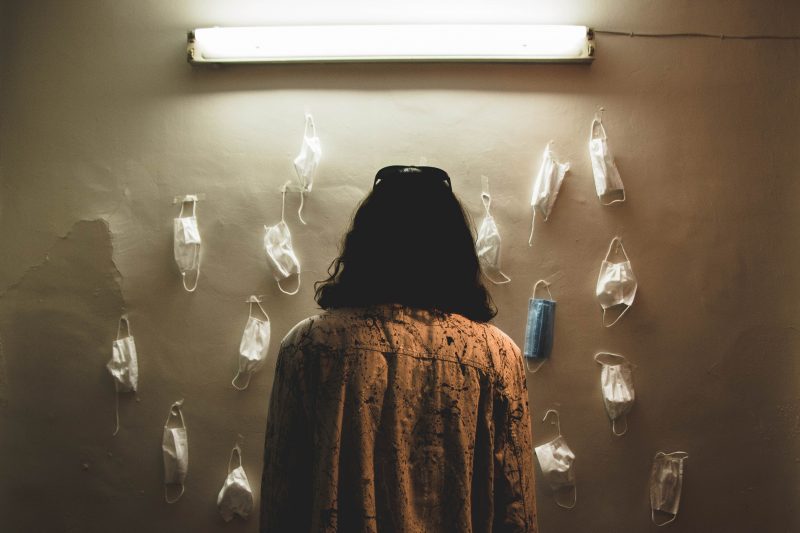 In a widely-cited article from 1998, the political theorist and historian Timothy Mitchell argued that the concept of ‘the economy’ as we now know it only came into being around the time of the Second World War. Mitchell argued that prior to the birth of econometrics and Keynesian macroeconomics in the 1930s, the term ‘economy’ could refer descriptively to certain types of policy or behaviour (as in ‘political economy’) but not to an object in the way we speak of ‘the economy’ today. The war and its aftermath created the conditions to establish a new statistical object, whose fluctuations and health were a constant source of political and public discussion.

Mitchell also made an important observation about what this concept of ‘the economy’ necessarily eliminates from view in order to cohere: the state and the household. Post-1945, the state became treated as something that helps to represent and regulate ‘the economy’, but as an observer. Meanwhile, feminist political economists were amongst the first to criticise measures such as ‘GDP’ for excluding the unpaid work done in the household, predominantly by women.

Our new book, Unprecedented?: How Covid-19 revealed the politics of our economy, takes Britain’s experience over the first 18 months of the pandemic as an opportunity to explore deep-lying pathologies and injustices that go to the heart of its model of capitalism. Inequalities were both illuminated by COVID-19, but also exacerbated by it – a simultaneously epistemological and material combination we refer to as ‘photosynthetic’. Amidst this process was a startling rediscovery of our economic dependence on those two spheres lying outside of ‘the economy’, namely the state and the household.

Britain’s decision to close workplaces, venues, schools, campuses, the hospitality sector and borders in March 2020 led to an extraordinary 20% contraction in GDP within three months. But the fact that this was a viable option was due to the ability of states and households to absorb and defer costs in the form of both monetised and unmonetized debt obligations. States such as the UK deployed the artifice of their balance sheets – or, rather, those of central banks – to generate new money out of thin air, to purchase rapidly mounting government debts and inject liquidity into the banking system. Within the household (to which millions of people were suddenly confined), time and space became stretched to encompass work, care, teaching and all forms of social or cultural activity, greatly facilitated by platforms.

While macroeconomic statistics on GDP and unemployment continued to be published, for a while they lost their political significance and air of brute objectivity. With so many people ‘furloughed’ at home, and large economic sectors effectively switched off, measures of aggregate output and employment lost their hold over political imagination. Instead, the capacity of sovereign balance sheets and families to sustain basic welfare requirements became undeniable – as did the inequalities associated with each.

The use of central bank asset purchases (‘quantitative easing’) to finance public spending led to a further boom in asset prices, benefiting the already wealthy, and exacerbating the housing crisis. The injunction to ‘stay home’ heaped pressure upon those juggling multiple roles in the household – disproportionately women – and those with less domestic space, who were typically poorer and more likely to belong to racialised minorities. The politics of sovereign finance and the household, that – as Mitchell argued – conventionally sits around the periphery of ‘the economy’, was suddenly front and centre.

The strains on states and households may have been novel, but of course the reliance of capitalist economies on these non-market resources is far from new. What’s more, as detailed in our book, economic policy regimes such as the UK’s had been quietly increasing their demands on states and households ever since the global financial crisis of 2007-09. Quantitative easing began as an ‘exceptional’ monetary response to the recession of 2009, but then became used repeatedly in the years following, as a way of mitigating prolonged stagnation and austerity. The result was the ‘k-shaped’ model of growth we’ve seen since 2009, in which wages stagnate while asset prices rise.

The same regime pushed often invisible pressures upon households, though also upon a range of care-workers, who were assumed to be able to expand their capabilities, time, and ingenuity to compensate for cuts to public spending. As organisations such as The Women’s Budget Group have shown, beyond the macroeconomic headlines, austerity disproportionately hit the pockets and unpaid labour of women. Strains upon households caused by a dwindling social safety net were also alleviated by public service professionals such as teachers, whose unpaid time and good will became even more essential to children.

The 2009-2020 political era hid these underlying realities, denying the existence of a ‘magic money tree’ (despite the machinations of the Bank of England) and treating paid employment as the answer to all social problems. COVID-19 therefore brought about a dramatic awakening to the political and social institutions which prop up ‘the economy’ – what we refer to as the ‘wells of debt’, that have been repeatedly drawn on by policy-makers, while refusing to publicly acknowledge them. While the end of furlough and the subsequent end of restrictions may herald a return to ‘normal’, there is no reason why we should return to a state of naivete about how capitalism really works, and how austerity was sustained for the pre-COVID decade.

What might we do with such a realisation? One question is how the deep ‘well’ of the sovereign balance sheet might be deployed to support the forms of care on which economic activity depends. In the United States, the Biden administration’s vast infrastructure spending plan demonstrates a new enthusiasm for public borrowing in an age of low interest rates. And the bill initially included measures for the care economy, on the basis (advanced by Heather Boushey, now on Biden’s Council of Economic Advisors) that care is infrastructure, without which markets can’t work. This is the kind of thinking, legitimated hugely by the pandemic, that becomes possible, once the intellectual and political strangle-hold of ‘the economy’ is broken, and economic life reappears as a tangle of obligations, and not just an accumulation of transactions.

The fire at Grenfell Tower is a turning point with regard to austerity and Britain, although It is being under reported in corporate media or channelled into an emotional outpouring. It was a crime, but […]

The way attitudes have changed during the pandemic and thephenomenon that is currently being called the ‘Great Resignation’, the remarkable and unprecedented instances of mass resignations from (mostly) low-skill employment right across the economy.   Robin […]

Behind the judgement passed by the Spanish Supreme Court against members of the Catalan independence movement one recognises how present Franco still is in Spanish politics. David Whyte is Professor of Socio-legal Studies and Ignasi […]