At the height of the eurozone crisis, one of Angela Merkel’s close advisers explained to me her driving ambition: to bequeath to her successor a stronger chancellery than she inherited. If so, as Merkel prepares to retire, she should be delighted. 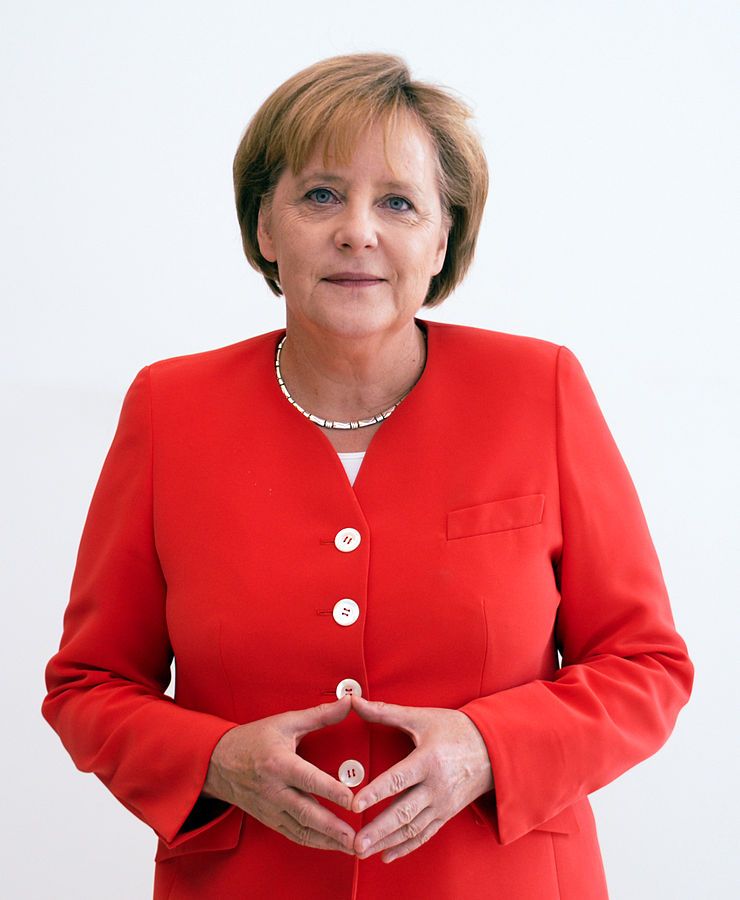 Germany’s trade surpluses, and thus political clout, are far greater now than when she took office in 2005. However, the policies responsible for enlarging Germany’s surpluses, and thus strengthening the chancellery, have condemned the country to secular decline and the European Union to stagnation. Power and paradox seldom mixed more grippingly than during Merkel’s tenure.

Wall Street’s collapse in 2008 revealed two painful truths to her: that, judging by the unfathomable size of their dollar-denominated bets, German banks had been even more criminally reckless than American ones. And that persistent trade surpluses, on which Germany’s business model relied, had forced rich Germans to trust indebted foreigners with their savings, while undermining the living standards of poorer Germans. How did she respond? By spending the rest of her tenure covering up these defects.

Merkel is not responsible for Germany’s current business model. That was established by Gerhard Schröder, her social democratic predecessor, whose administration stole a competitive march on France and the rest of the eurozone by embedding austerity into Germany’s postwar mercantilist model. Merkel’s responsibility lies in the way she sought to maintain this approach once the 2008 financial crisis revealed its unsustainability.

The crash rendered Germany’s banks insolvent. Disguising this fact, so as to maintain the country’s business model and the eurozone’s flimsy economic architecture, required successive bank bailouts. In turn, those required Merkel to argue that the banks were not facing bankruptcy but, instead, temporary “illiquidity” difficulties. That’s how, in 2008, the first Merkel administration managed to inject around €500bn of German taxpayers’ money to the country’s bankrupt banks.

When a year later that bailout proved insufficient to refloat Germany’s banks, a second one was devised. The eurozone’s poorer taxpayers would underwrite a €110bn loan to the Greek government on condition that the monies be channelled to German (and French) banks. To convince the Bundestag to sign off on this ludicrous plan, it was presented as a case of “tough love” for the unbearably spendthrift Greeks. In essence, Merkel was proposing to her parliament the exportation to the rest of the eurozone (beginning with Greece) of the austerity first imposed on German workers – only, this time, with a ruthlessness that will keep social historians busy for decades.

Other bailouts followed. However, by the end of 2011, something had to give. Once the public likened bailouts to credit cards issued to repay previous credit cards, they had to end. A new source of cash had to be found that bypassed parliaments while still rolling over the burgeoning bad debts. That source was to be the European Central Bank (ECB) and Mario Draghi, its newly appointed president, was the right man.

However, to tap the ECB’s printing presses, Merkel and Draghi first had to overcome two major obstacles: one was the Bundesbank. Never having come to terms with its loss of control over German money, the central bank was resisting the Merkel-Draghi plan. The second was Greece’s first Syriza government, elected with a clear mandate to challenge the combination of permanent bailouts and austerity.

By the summer of 2015, both obstacles had been overcome. The crushing of Syriza by Draghi, whose ECB shut down Greek banks for that purpose, enabled Merkel to kill two birds with one stone. First, to signal to other Europeans not to dare elect an anti-austerity government. Second, to bypass the Bundesbank’s objections by demonstrating to Germany’s elites that printing euros to buy bad debt did not undermine the permanent class war (also known as austerity) against German and European workers.

By 2018, Merkel and Draghi, aided by a global economic upturn, had claimed victory. Their opponents (within and without Germany) were soundly defeated, German surpluses continued to grow and European democracies showed no signs of generating serious dissent.

But at what price? Concealing permanently the bankruptcy of states and banks caused investment to shrink across Europe (in proportion to available cash) to its lowest postwar level. Whereas in 2007, EU corporations earned around €100bn more than their US counterparts, by 2019 the situation had been reversed. Only in 2019, US corporate earnings rose 50 per cent faster than in Europe. In 2020, as a result of the pandemic, US corporates lost 20 per cent of their earnings but European corporates lost 33 per cent. European capitalists, and not just workers, seem to have paid the price for Merkel’s and Draghi’s success.

Defenders of the chancellor often retort with the argument that she is responsible for Germany’s prosperity, not Europe’s. But even this does not wash. For, in addition to a stagnant Europe, Germany itself is suffering low investment. The result? Poor quality jobs, dreadful digital networks, increasing dependence on Russia for energy, antiquated infrastructure, a car industry and an artificial intelligence industry falling rapidly behind those of the US and China.

Even the surpluses Merkel has helped Germany accrue are being squandered. Since 1999 they have been devalued by 7 per cent (compared to a 50 per cent gain for US assets). Why? Because low domestic investment forces the rich to lend their stash of trillions of euros to assorted foreigners whose subsequent distress leads to large losses.

On 26 September 2021, German voters will go to the polls to elect Merkel’s successor. Is there any chance the next chancellor will discontinue the policies of expanding surpluses that cannot be invested in Germany or in the Eurozone without forfeiting Germany’s future capacity to extract more surpluses? Not really.

Olaf Scholz, the Social Democrats’ chancellor candidate, who has emerged as the frontrunner, is running as Merkel’s natural successor – a credible claim given his fiscal conservatism, not to mention the fact he has served as Merkel’s finance minister since 2018. Moreover, of the five parties that stand a realistic chance of entering a new coalition government, only the Greens may envisage a break with Merkel’s legacy. However, even if they win the chancellery, they will not control the key finance ministry – and vice versa.

It is, therefore, hard to imagine the end of Merkel’s greatest bequest to her successor: the paradox of German surpluses getting larger, boosting the chancellery’s power, pushing Europe deeper into a quagmire of stagnation, while weakening Germany’s workers and, simultaneously, diminishing German capitalism.

For the original on New Statesman’s site, click here

The Gig Economy Project – Analysis: Is the party over for food and grocery delivery platforms?

The easing of the pandemic combined with the cost of living crisis is testing the sustainability of food and grocery delivery platforms The Gig Economy Project, led by Ben Wray, was initiated by BRAVE NEW […]

Thirty years on from the fall of the Berlin Wall, Europe has built hundreds of miles of new fences – with plans for more. Mark Akkerman is a researcher at Stop Wapenhandel, the Dutch Campaign […]

But nobody thought that this would happen so fast. Michael Hudson is the author of Killing the Host (published in e-format by CounterPunch Books and in print by Islet). His new book is J is For Junk Economics. […]