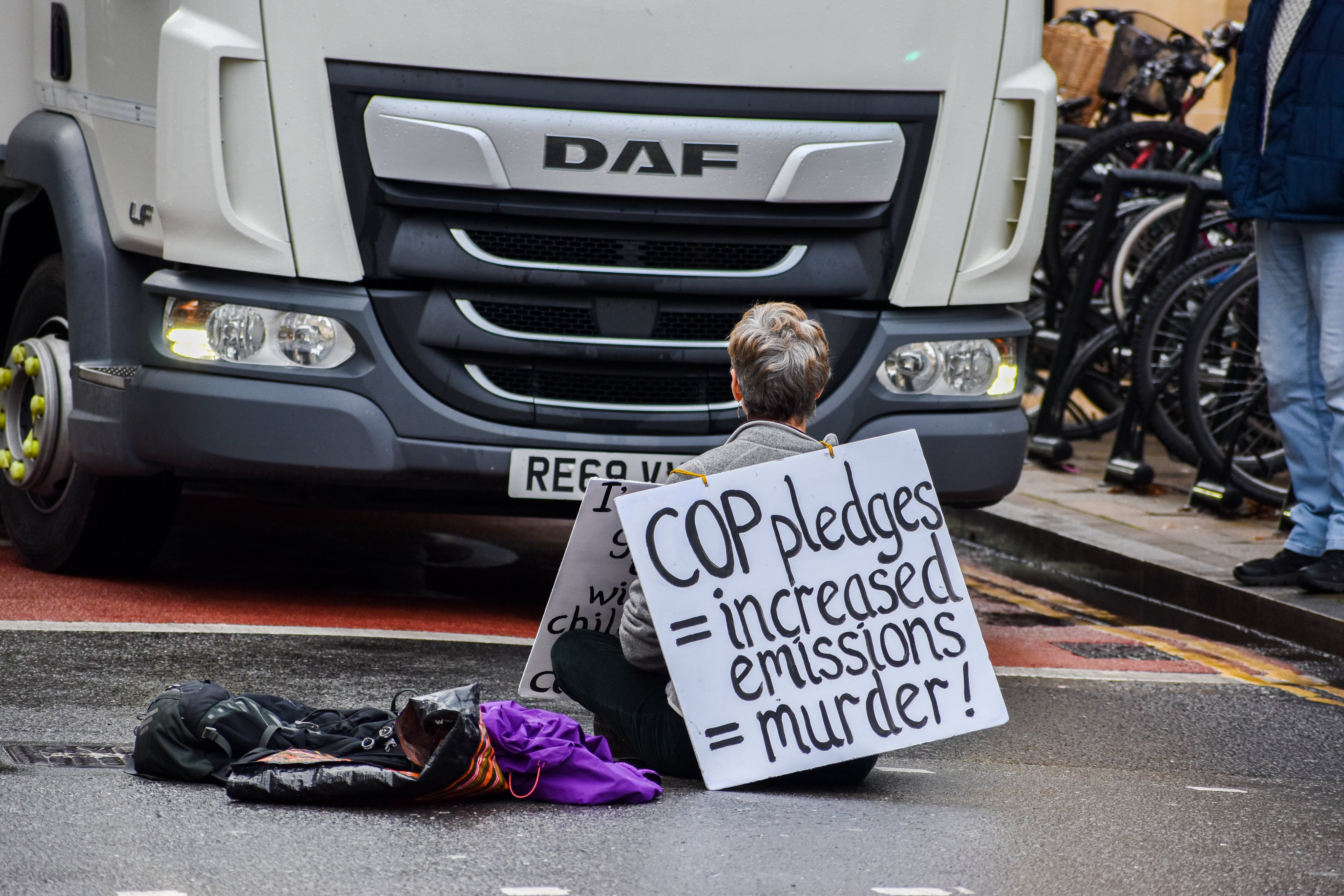 There were high hopes in the run-up to COP26, but there was not a little fear too; fear that our last, best, chance to tackle the climate emergency would fail. Now it looks as if the fear was well justified, as all the signs are that arguably the most important meeting in human history has failed abysmally to rise to the challenge of slashing emissions as the climate science demands.

As COP26 opened its doors nearly two weeks ago, it was clear that something special was needed if we were to have any chance of dodging catastrophic, all-pervasive, climate breakdown. For there to be any possibility of keeping the global average temperature rise (since pre-industrial times) to below the 1.5° guardrail, greenhouse gas emissions needed to fall by 45 percent by 2030. Instead, they were on a path to climb 16 percent by that date.

Only deep, binding, emissions cuts could do the job and the hope and expectation was that COP would deliver. Instead, we’ve been thrown a few scraps that will have next to no impact on our chances of avoiding a perilous, hothouse, future. There have been pledges, right enough, to reverse deforestation, to cut back on methane emissions, and – for some of the minor players – to phase out coal. None of these, however, is binding, and all are essentially, therefore, hardly worth the paper they are written on.

Nonetheless, the pledges have been taken into account in the highly regarded Climate Action Network’s latest analysis, and the results don’t make for easy reading. In fact they mark at least one step back from the 2015 Paris Climate Accord, which sought to keep the global average temperature rise below 1.5°, with an upper limit of 2°C. After COP26, it looks as if we will be on track for a 2.4°C rise if the pledges of action to 2030 are honoured, or a 2.7°C hike if current policies are followed.

Based upon the promises made in Glasgow, emissions will be up 13.7 percent by 2030, and double what they need to be to have a chance of staying this side of the 1.5°C guardrail. This paints the grimmest of pictures, and shows that staving off dangerous climate change is – to all intents and purposes – now impossible. And we won’t have long to wait either. It is likely to be just five to ten years before we crash through the 1.5°C guardrail, 2°C following only 10 to 20 years later. So much for the relevance of the distant net zero target of 2050.

As I head off early from Glasgow, not in the best frame of mind I have to say, negotiators – who have been closeted away in the meeting rooms of the blue zone, almost completely insulated from the rest of us – are still beavering away. It may well be that they can pull something out of the bag in COP26’s final few days, but I would suggest that the chances of a last minute deal capable of keeping us this side of a 1.5°C rise are miniscule.

In desperation, Alok Sharma, the COP26 President has said that all and any delegates are welcome to meet him, and should come ‘armed with the currency of compromise’. Quite frankly, as we teeter on the edge of the abyss, compromise is the very last thing that we need.

Can one create a market economy that would not be a capitalist market economy? Branko Milanović is an economist specialised in development and inequality. His newest  book is “Capitalism, Alone: The Future of the System […]

The Counterbalance – Small businesses versus the platforms

How markets get corrupted, and nobody seems to want to clean them up Counterbalance is a newsletter from a new anti-monopoly organisation, the Balanced Economy Project Cross-posted from Counterbalance To subscribe to The Counterbalance click […]

Digging without fear or favour, dramatising academic research, coining a  buzzword that sticks – all ways a journalist can command attention and occasionally make a difference. Duncan Green is Head of Research at Oxfam GB […]