What measures to stop climate change could we adopt from the COVID lockdown? 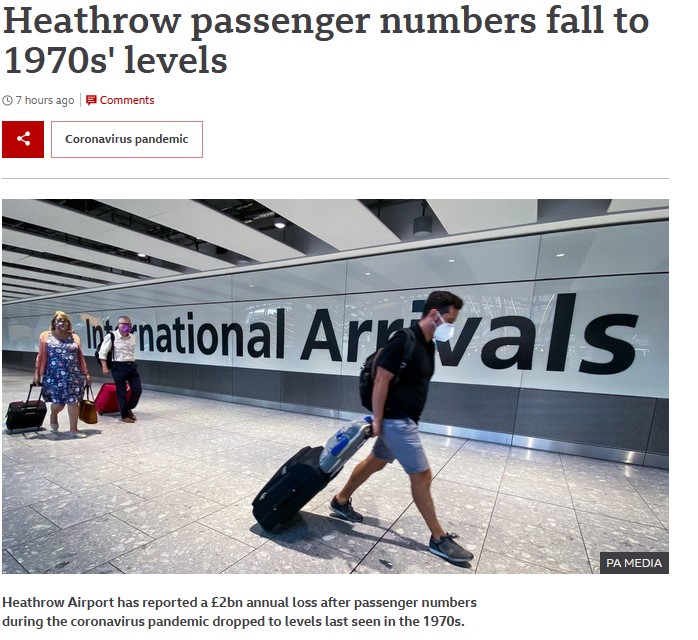 On 20 February I criticised what I regard as “magical” or quasi-religious thinking among degrowthers here. This is not the first time. I have criticized Kate Raworth’s interesting, but thoroughly “magical”, book here, and have had a debate with Jason Hickel here. So the question can rightly be asked: what is non-magical thinking in dealing with climate change?

I am not original in this. This is an area that many (hundreds) have studied and know much better than I. But it is an area where I think that the knowledge of global inequality can be used to produce some tentative answers.

High global inequality, otherwise a scourge, can here be used to our advantage. We know that the top decile of world population (call them “the rich”) receives about 45-47% of global income. We also know that the elasticity of carbon emissions with respect to income is about 1 which is a fancy way of saying that as real income goes up by 10%, we generate 10% more emissions. This then implies that the top global decile is responsible for 45-47% of all emissions. That percentage can be calculated with even more precision because we have detailed consumption data (by a number of categories, running into hundreds) and we can assign to each consumption category its precise carbon footprint. It is not unlikely that we would find that the carbon emissions of the top decile are even above one-half of  total emissions. (Some such work has already been done.)

The question thus gets simplified. Suppose that we draw a list of goods and services such that are (a) carbon intensive and (b) consumed predominantly by the rich. We could then in a concerted international action try to curb consumption of such goods and services while leaving entirely free other decisions: no limits to growth, no degrowth in either poor or rich countries.

Curbing consumption can be done either through rationing or draconian taxation. Both are feasible technically although their political acceptability may not be the same.

If one were to use rationing, one could introduce physical targets: there will be only x litres of petrol per car annually and no family will be allowed to have more than two cars; or y kilograms of meat per person per month; or z kilowatts of electricity per household per month (or rolling blackouts). Clearly, there may be a black market for gas or meat, but the overall limits will be observed simply because they are given by the total availability of coupons. Some people might think that rationing is extraordinary, and I agree with them. But it has been done in a number of countries under wartime, and at times even during peacetime conditions, and it has worked. If indeed we face an emergency of such “terminal” proportions as the advocates of climate change claim, I do not see any reason why we should not resort to extreme measures.

But another approach (draconian taxation) is possible too. Instead of limiting physical quantities of goods and services that fulfil criteria (a) and (b) we would impose extremely heavy taxes on them. There is always a tax rate that would drive consumption of a good down to the level that we have in mind. It is here that I think we can use—again if we believe that the climate emergency is so dire—the lessons of COVID.

Let me illustrate that by using air transport, one of important sources of emissions. No one in the world could have imagined that air traffic could be cut by 60% in one year. This is what happened in 2020. What is our experience? That it is indeed an inconvenience but did the world survive? Yes. Did we reorganize our lives so as not to travel, and especially not to travel far because many countries have closed borders which has further dampened travel? Yes. So, is a permanent decrease of 60% in air travel possible to envisage? Yes.

If we were serious, we could, in this case, as in the others, argue for such a tax that would keep air travel at its 2020 level indefinitely. The tax might mean that the ticket between New York and London would not cost $400, but $4,000, that people in rich Western countries might travel to foreign countries once in a decade rather than once per year, but as we have learned from the experience of 2020, we can do it and we can live with it.

Economic dislocations would be huge. It is not only the question of the entire upper middle class and the rich in advanced countries (and, as we have seen, elsewhere) losing significant parts of their real income as prices of most “staple” commodities (for them) increase by two, three or ten times; the dislocation will affect large sectors of the economy. Go back to the example of travel. A permanent 60% decrease will more than halve the number of airline employees, will practically leave Boeing and Airbus with no new orders for airplanes for years and possibly lead to a liquidation of one of them, will decimate the hotel industry, will close even more restaurants than were closed by the pandemic, will make parts of the most touristy cities that currently complain of excess of tourists (Barcelona, Venice, Florence, probably even London and New York) look like ghost towns. The effects will trickle down: unemployment will increase, incomes will plummet, the West will record the largest real income decline since the Great Depression.

However if such policies were steadfastly pursued for a decade or two, not only would emissions plummet too (as they have done in 2020), but our behaviour and ultimately the economy would adjust. People will find jobs in different activities that will remain untaxed and thus relatively cheaper and whose demand will go up. Revenues collected from taxing “bad” activities may be used to subsidize “good” activities or retrain people who have lost their jobs. We may not be able to drive to visit friends and family every week, but we shall be able, using our COVID experience, to see them on screen. Secondary homes could be taxed in such a confiscatory manner that most people will be eager to sell them. Governments could then buy them, create a kind of Paradores (Spanish state-owned hotel chain that uses vacated monasteries), and people in (say) England, rather than jetting off on vacation to Thailand, would spend their annual holidays nearby in some of the formerly privately-owned mansions.

This is not magical thinking. These are policies that, with intergovernmental cooperation, knowledge of economics, data on global inequality, and the experience of COVID, could be implemented. Is there appetite for such policies? I do not know. I tend to doubt it. I think that most of the population of rich countries would not be excited if told that a quasi lock-down will have to continue for an indefinite future. But if conditions are so dire, if climate change is but a long-term COVID, if we have learned to live with COVID and to survive, could we not adjust to this “new normal” too? I do not know—but I think it would be fair and candid of the partisans of radical change to put these questions squarely in front of the public and not try to hoodwink them with the sweet talk of “thriving” monastic lives.

The figure of what liberal constitutional monarchies generally see as a “guarantee” for their stability, unity and tradition – their monarch – in Spain is rapidly turning into a source of conflict fanned by decades […]

Is anyone really surprised? Transparency is not a quality of an undemocratic institution. Corporate Europe Observatory is a research and campaign group working to expose and challenge the privileged access and influence enjoyed by corporations […]