Consumerism is based on the sense of scarcity, where most of the time there is an over abundance. Materialism dictates that social status is determined by affluence. Radically changing these mindsets is one of the great challenges in halting climate change. 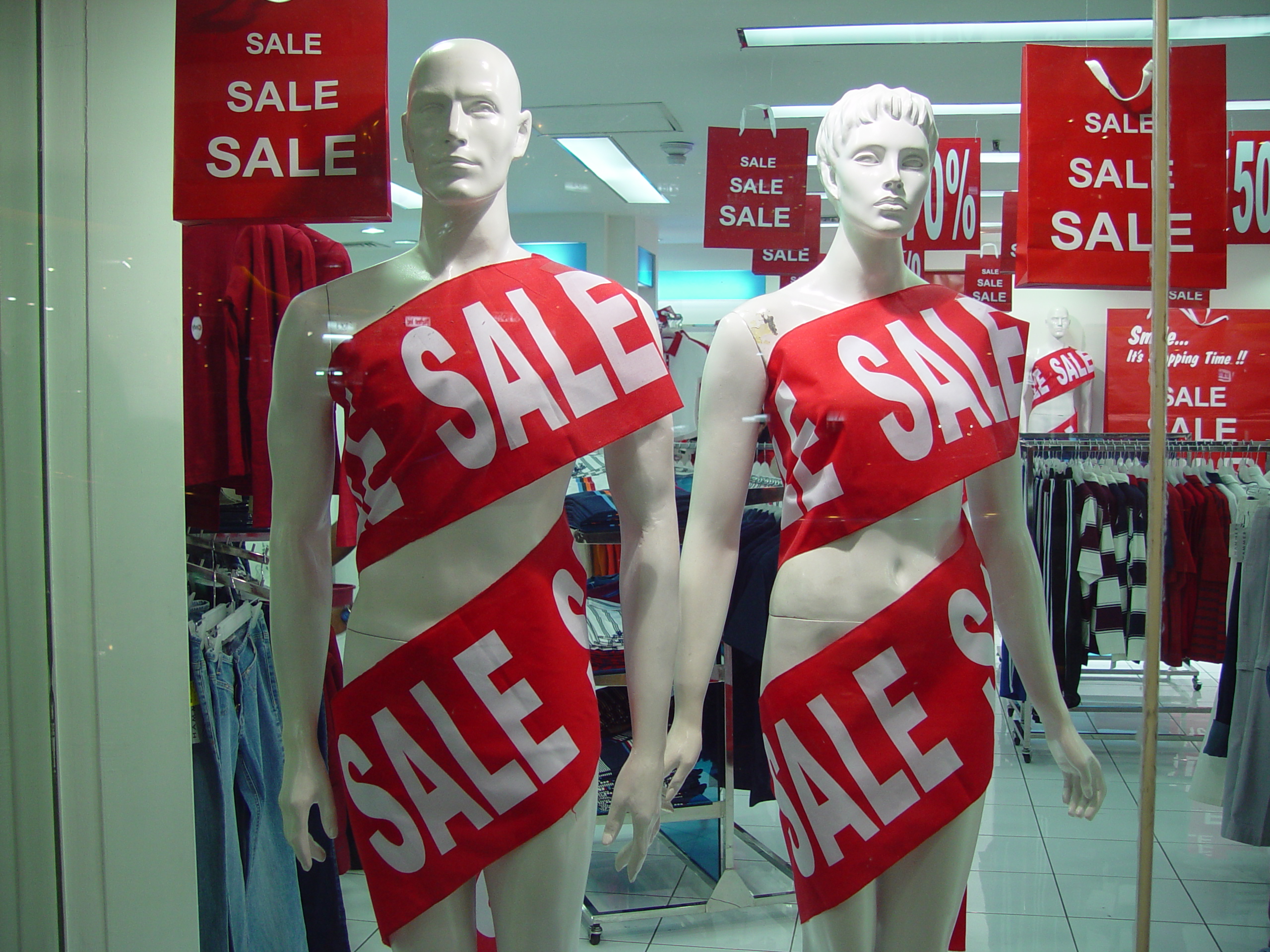 The difficulty of discussion with degrowthers comes from the fact that they and the rest of us live in two different ideological worlds. Degrowthers live in a world of magic, where merely by listing the names of desirable ends they will somehow happen. In that world, one does not need to bother with numbers or facts, trade-offs, first or second bests; one merely needs to conjure up what he/she desires and it will be there.

Now degrowthers are not irrational people. The reason why they are pushed in this magical corner is because when they try to “do the numbers” they are led to an impasse. They do not want to allow for significant increase in world GDP because it will, even if decoupling (of which they are sceptical) happens, drive energy emissions too high. If one wants to keep world GDP more or less as now one must (A) “freeze” today’s global income distributions so that some 10-15% of the world population continue to live below the absolute poverty line, and one-half of the world population below $PPP 7 dollars per day (which is, by the way, significantly below Western poverty lines). This is however unacceptable to the poor people, to the poor countries, and even to degrowthers themselves.

Thus they must try something else: introduce a different distribution (B) where everybody who is above the current mean world income ($PPP – Purchasing power parity – 16 per day) is driven down to this mean, and the poor countries and people are, at least for a while, allowed to continue growing until they too achieve the level of $PPP 16 per day. But the problem with that approach is that one would have to engage in a massive reduction of incomes for all those who make more than $PPP 16 which is practically all of the Western population. Only 14% of the population in Western countries live at the level of income less than the global mean. This is probably the most important statistic that one should keep in mind. Degrowthers thus need to convince 86% of the population living in rich countries that their incomes are too high and need to be reduced. They would have to preside over economic depressions for about a decade, and then let the new real income stay at that level indefinitely. (Even that would not quite solve the problem because in the meantime, many poor countries would have reached the level of $PPP 16 per day and they too would have to be prevented from growing further.) It is quite obvious that such a proposition is a political suicide. Thus degrowthers do not wish to spell it out.

They are thus brought to an impasse. They cannot condemn to perpetual poverty people in developing countries who are just seeing the glimpses of a better life, nor can they reasonably argue that incomes of 9 out of 10 Westerners ought to be reduced.

The way out of the impasse is to engage in semi-magical and then outright magical thinking.

Semi-magical thinking (that is, thinking where the objective—however laudable- is not linked with any tools of achieving it) is to argue that GDP is not a correct measure of welfare, or that better outcomes in certain dimensions can be achieved by countries or peoples with a lower GDP (or lower incomes). Both propositions are correct.

GDP does leave out non-commercialized activities that are welfare-enhancing. It is, like every other measure, imperfect and one-dimensional. But if it is imperfect at the edges while fairly accurate overall. Richer countries are countries that are generally better-off in almost all metrics, from education, life expectancy, child mortality to women’s employment etc. Not only that: richer people are also on average healthier, better educated, and happier. Income indeed buys you health and happiness. (It does not guarantee that you are a better person; but that’s a different topic.) The metric of income or GDP is strongly associated with positive outcomes, whether we compare countries to each other, or people (within a country) to each other. This is something so obvious that it is bizarre that one needs to restate it: people migrate from Morocco to France because France is a richer country and they will be better-off there. American Blacks are worse off than American Whites in all dimensions, not least in terms of their income. This is the background to the Black Lives Matter movement that wants to make Blacks better off and equal in income and health to Whites.

Since this fails, the next approach taken by degrowthers consists in pulling out individual cases of countries the have performed exceptionally well on some metrics (like Cuba on health) and those that have performed exceptionally badly (like US on life expectancy) and to argue that a certain desirable outcome can be achieved with much less money. It is indeed true that some countries or some people, despite their lack of income, have achieved excellent things which others have used their income inefficiently or wastefully. But it does not follow from such individual examples that they overturn the regularities described In the previous paragraph. What degrowthers do is to first metaphorically run a regression of a desirable outcome on GDP or income, and when they observe that the two are closely correlated, forget about the regression, pull out an outlier, and claim that the outlier shows that the relationship does not exist.

That is clearly wrong too. So the next stage in semi-magical thinking consists in trying to convince people that they are wrongly pursing the Golden Calf of wealth and that much more modest lives would be better, or at least are feasible. To that effect they use baskets of goods and services that allow “modest” standard of living and satisfy all basic needs. But they fail to show us how such “modest needs” are to be implemented: how will people be obliged to consume only so much and not more? In war situations, this is done through rationing. Indeed, one could ration the number of square meters of textile that each household may be able to buy, introduce meat and gasoline coupons and so forth. It has been done many times. But degrowthers know that a wartime economy in the peacetime would not be politically acceptable, so they just do the basket calculation, show that it is compatible with “planetary boundaries”, and leave it at that. How we are going to have that basket accepted by people, or implemented despite their will, is not something they desire to be disturbed with.

After this comes direct magical or religious thinking. Its first component, in an asceticism reminiscent of the early Christendom, is to point out to the vanity of all material acquisitions. People indeed can live happy lives with much less “stuff”. That is true for some special people like Christian or Buddhist monks. For example, Simeon the Stylite, an early Christian monk is reputed to have lived several decades on a top of a pillar. But this is not true for the remaining 99.99% of the people who are not attracted by monastic lives. And it certainly is not true today when capitalism, and thus both the relentless search for profit and the value system that places wealth on the pedestal, is more dominant than ever (see Chapter 5 of “Capitalism, Alone”). Had degrowthers preached material abstinence in 13th century Europe or 10th century Byzantium it might have had more appeal. Commercial society, capitalism, numerical abilities were less developed than today. But now, the relevance of moral preaching of abstinence is close to zero.

When all arguments and quasi-arguments are exhausted, magical thinkers  move into the realm of rhetoric. Thinking is now replaced by phrase-mongering: “thriving”, “flourishing” and “self-fulfilling” lives are possible and they are just around the corner. Everybody can be happier with much less. We can just cultivate our own gardens. If you string all the desirable words together, “no exploitation, “living wage”, “ethical business”, “self-sufficiency”, “fair price” they will somehow take the life of their own and the Elysian fields will open up in front of us. For all and forever.

Capitalists in general—and U.S. capitalists in particular—calculated that profits would be greater in other investments than those that could have produced the items needed to prepare for and contain COVID-19. They also determined that the […]

Bill McGuire writes that it is time to ‘Shout it from the burning Arctic, pop the luke-warm champagne!’ As the second blistering heatwave of the summer sets in and the streets of the capital begin […]