What is not mentioned are the duties required of citizens, but one can buy one’s way out of these too. This aspect, by the way, is well covered in Branko’s book “Capitalism, Alone”, a book truly to be recommended. Here our book review. 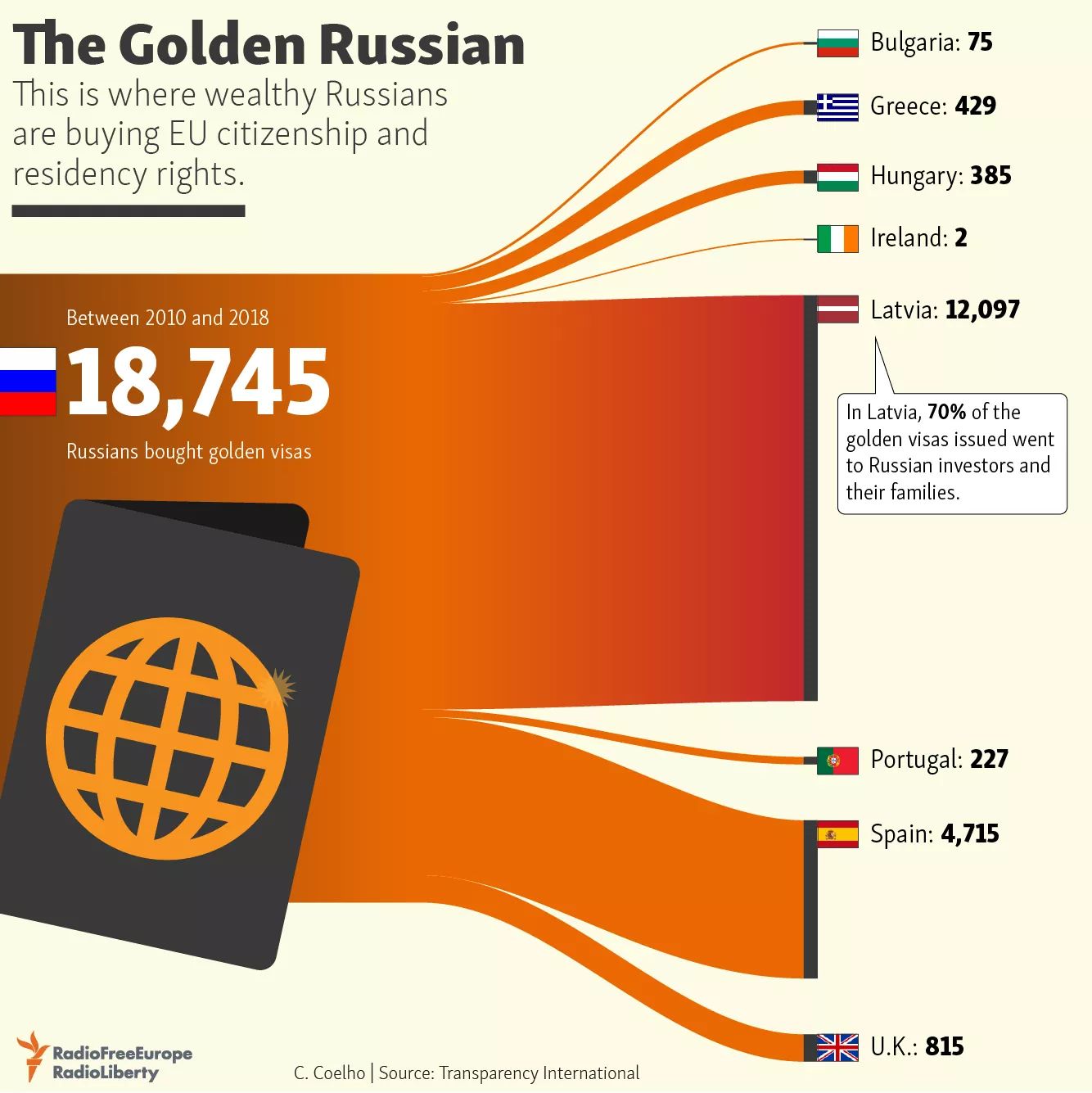 The modern idea of citizenship, after the French Revolution, is based on two pillars: one is voluntary or compulsive participation in the political life of a community, the other is the physical “grounding” in that political community. The participation means, in democratic settings, that a citizen has a voice, the right to air opinions, to vote for those who represent or lead him, and to be himself elected. In non-democratic or not fully democratic settings, political participation is often not only desirable but is required: citizens of the Soviet Union, Nazi Germany, Francoist Spain were encouraged, or where necessary compelled, to take part in mass public celebrations of the state whose citizens they were. “Groundness” means that citizens live in own countries (as their political participation in the affairs of the country implies), earn most of their income in own country, and spend most of it domestically.

The growth of the welfare state in the second half of the 20th century, in the West and in the communist countries of Eastern Europe, has added another facet to citizenship: the right to a number of benefits, from pensions to unemployment benefits that are available only to contributors (i.e. citizens who work in their countries) or to citizens as such without any contributory quid pro quo (as, for example, family allowances or social assistance). The existence of the welfare state in a world of enormous income differences between the countries has drawn a wedge between citizens of rich countries that enjoy these benefits and citizens of poor countries that do not. It has created a “citizenship rent” for those who are lucky to be citizens of the rich countries; and “citizenship penalty” for others. Two otherwise identical citizens of France and Mali will have entirely different sets of income-generating rights which stem from their citizenships alone.

Moreover, the citizenship premium, as I show most recently in “Capitalism Alone”, carries over to other incomes: our French and Malian citizens can be equally educated, experienced, and hard-working, but their wages will differ by a factor of 5 to 1, or even more, simply because one of them works in a rich and another in a poor country. In fact, around 60% of our lifetime incomes is determined by country of citizenship.

In a globalized world composed of countries with vastly unequal mean incomes citizenship has thus acquired an enormous, and well appreciated, economic value. This is evident not only from the examples listed above but from the freedom to travel without visa or any other permission (luxury of the rich countries, as Zygmunt Bauman called it), support that one can expect from his country offices abroad and the like.

But while the citizenship rent element has been reinforced in the modern globalized capitalism, the other two pillars of citizenship (political participation and groundness) have been radically weakened. Citizenship has thus been effectively reduced to financial rent alone.

Groundness is sill common among many citizens. But its importance fades as people move permanently or for long periods of time to other countries: in some cases they migrate to richer countries to make more money there (as migrants from Africa to Europe, or from Mexico to the United States do), and in other cases, migrants from rich counties move to other, also rich countries, as Americans do when they move to France (the latter category is often adorned with the title of “expatriates”).

As they move to other countries they work there, make income there, spend money there, and their financial sustenance gets “delinked” from their country of citizenship. All sources of income can become degrounded: both those of labour and capital. To see how ultimately the “degrounding” will work in a fully globalized world, assume an elderly American expatriate who lives in France. A part of his income may come from the work he does in France; another part, in the form of US social security, may come from the US. But income behind that social security check may be earned from US investments in China. Thus both physically and in terms of the origin of his income, the American citizen will be “degrounded”. Or take a Philippine citizen who works in the US. Similarly, his income would be earned in a foreign country. If he is eligible for some citizenship-related income as a Philippine, money earned to pay such benefits may in effect be earned by other Philippine citizens working abroad, remitted back to their families in the Philippines, and then taxed by the government.

Fully globalized country may be such that its capital income comes from investments in foreign lands, its labour income from remittances sent by its workers abroad, and most of its citizens be living abroad—and yet receiving social and other benefits of citizenship.

Political participation in modern capitalism also wanes. With a much more competitive society where one’s success is measured in terms of economic power (wealth), people do not have enough free time or interest to be the idealized citizens concerned with the political life of their city or nation. Hard work for money takes most of their time. The rest of the waking time is taken by social media, entertainment, family chores, or meetings with friends. Under normal circumstances, time that they can devote to political issues is minimal. Electoral turnouts in most developed democracies, by themselves a minimal requirement of participation, cheap in effort and time, confirm that. They are low, especially so among the youth. American presidential elections where people elect a person with quasi regal powers have not once brought to the polling stations 60% of the electorate in the past half-century. Elections for the EU parliament manage to bestir about one-half of the eligible voters. This is not the product of apathy only, but of busyness.

The decline in political participation and increasing degroudness imply that the two modern-era pillars of citizenship have largely been eroded. The only remaining meaning of citizenship is the stream of income and advantages that one receives if lucky to have been born or become citizen of a rich nation. Citizenship has become an “ideal” category, a right devoid from the need to be physically present in own country or to be interested in it: it physically incarnated in a script, a passport or in an ID; it is a simple physical proof that one can aspire to its manifold advantages.

Countries that sell citizenship, from EU members to the small Caribbean nations, do not make a mistake. Nor do their purchasers do. No one expects the new citizens to either live much of their time in their new countries (Chinese and Russians who buy Portuguese citizenship are required to spend  one week per year there), nor to participate in its social life. Not even to know the language, much less history. Countries are exchanging an ideal category (citizenship) that provides a set of rights over time against an amount of money now, equal to the net present value of the bundle of these future advantages.

The fact that citizenship has become a Polanyian “fictitious commodity” has several implications that I discuss more fully in “Capitalism, Alone”. First, we must move from the binary version of citizens -non citizens by introducing more intermediary categories distinguished by the amounts of rights and duties they provide (as indeed is already happening with permanent residents who are not fully-fledged citizens). Second, migration can be seen as one of these intermediate positions that do not automatically lead to full citizenship. Third, we should reconsider the wisdom of giving electoral rights to people who do not live in a country for whose leaders they vote, and who hence neither benefit nor suffer from the choices they make. But all of these are topics for another piece.

Following the Merkel/Macron idea of a  €500 billion stimulus no one is asking the most important question: how will Germans react? Trouble could well be on its way. Mathew D. Rose is an Investigative Journalist […]

Covid has brought a different dimension to globalization Read Here

European governments have reacted swiftly to the COVID crisis and are now discussing ways to mutualise the cost of the epidemic. This column proposes the creation of a progressive, time-limited, European-wide progressive wealth tax assessed […]