No, unemployment and lower wages are neither normal nor good news as neo-liberal economists claim 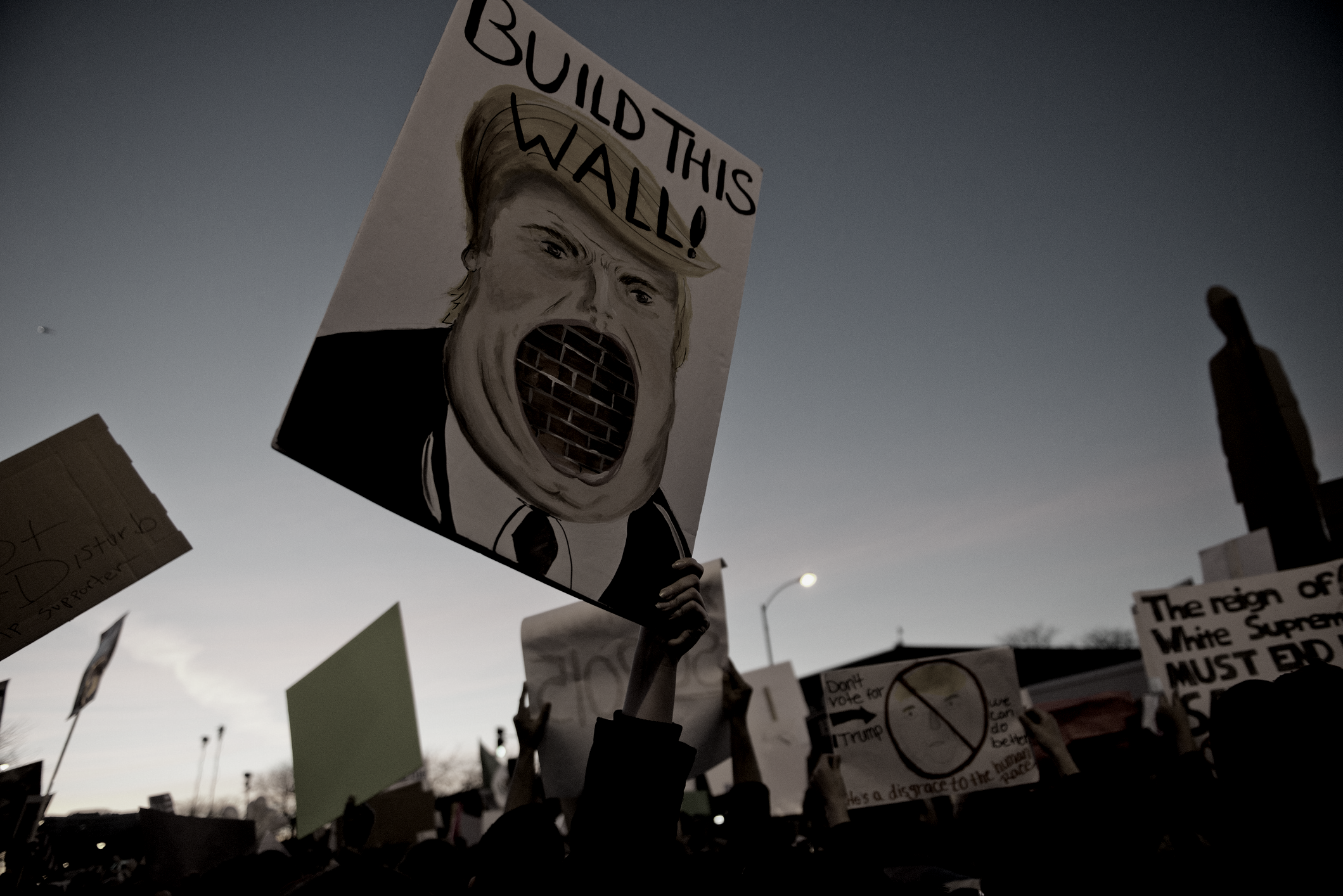 Joe Biden has been the incarnation of the Establishment. Nothing else can be expected from him than Barack Obama’s largely unambitious social policies, which made the Trump phenomenon possible in the first place. Over the next few days we will be able to tell from the people he surrounds himself with, for advice on economic and social issues, whether or not he has learned something from the relative “success of Trump”. I have grave doubts, but I am willing to be proven wrong.

Even if Joe Biden were really willing to learn something and to stand up for the economically excluded, it would be an unprecedented show of strength. Over the past 50 years, neo-liberalism has succeeded in combining ideological, economic and power-political aspects in a way that makes it almost impossible to break through the net without a new ideological and theoretical superstructure. Trump did not have this superstructure; however, he pretended to be familiar with it; Biden does not even pretend to want to deal with it.

A central point of the neoliberal network is “free trade”. Here Trump has repeatedly attempted to break the central ideological knots with his intellectual short sword, but he has not succeeded. German politics and the media that support it have proven to be the most reliable defenders of neoliberalism on this issue. Even the tremendous paradox of crystal-clear mercantilists, posing as defenders of free trade, has not been able to put Trump on the political map, because his attacks were too one-sidedly American. Biden, like his party, has a critical attitude towards the mercantilists with their surpluses. Like Obama, however, he will choose the path of diplomacy on an issue that simply does not allow diplomacy, and he will fail just as miserably as Obama.

Even more important than free trade is the doctrine of flexible labour markets as the central support in the neoliberal network. By far the most successful operation of neo-liberalism has been to “explain” to politicians and the majority of citizens since the 1970s that there can be no functioning market economy without flexible labour markets, i.e. without the willingness of workers to forego wage increases or even accept wage cuts at some point. This is so extremely successful because an economy once caught in a deflationary wage regime can practically never free itself from it again. The leap back to a rational, enlightened position is almost impossible for politicians.

The labour market as the core of the confusion

This is due to the fact that the ruling economy has managed to obstruct a logical and empirically comprehensible way of explaining the real world by the very image of the market, which it always and under all circumstances chooses as its central analytical tool. With the “labour market” it has succeeded in a particularly spectacular coup. As soon as you look at the relations between workers and entrepreneurs through the eyes of a market, you are lost. Indeed, market suggests that there is a link between the prices in that market and the quantities traded, which ensures that even large price changes are not as bad as they would be without a market. But this link does not exist.

If the price of mobile phones falls, it looks bad for the producer. But no, says the market economist, it is not bad at all, because the producer can sell more units when prices are falling. If there is as much demand for more units as the price has fallen, he can certainly achieve the same turnover as before. If the price elasticity of demand, as economists call it, is close to one, the producer receives quasi automatic compensation for the lower price per unit – and all is well.

In the “labour market” – according to this school of thought – it is the same: if the wage for work falls, as it is now falling in the wake of the Corona shock, it is not good for the individual worker, but for the workforce as a whole it means that more people will find a job, because labour that becomes cheaper is in greater demand. So, and this is what is really perfidious about the argument, we simply do not need to worry about demand from private households, because they cannot become a troublemaker because the market automatically stabilises.

If you think for a moment about this market mechanism, which is simply postulated by the dominant economy, doubts immediately arise. Why should companies react to a wage cut by immediately increasing employment? And indeed, the increase in employment must be immediate, because after just a few days of delay the whole thing will be over. Because the workers affected by the wage reduction will react immediately to their reduced income and will demand less from companies. But if demand falls, there is certainly no reason for companies to hire more workers.

In addition, companies do not know the prices they can obtain in the market in the future. If many companies use wage reduction to increase turnover with lower prices, the effect of the wage reduction fizzles out completely because the overall situation does not change for the majority of companies. Given this uncertainty, who should change their production towards greater employment and thus lower labour productivity simply because of the signal of a nominal wage reduction? Since no company knows how the others will react, it cannot dare embark on the adventure of a technological leap backwards (falling or less rising labour productivity).

If the mechanism of the immediate substitution of capital by labour assumed by the dominant economic theory, i.e. the immediate reaction of firms to a reduction in wages through higher employment, does not exist, we are no longer in a market world, but in a simple world of expenditure and revenues. If firms spend less money on wages, their revenues will also be directly affected negatively because workers spend less. When production capacity utilisation falls, entrepreneurs have every reason to lay off workers. Or prices fall (through fact or company expectations) and the wage reduction is neutralised in this way.

Basically, private households react in the same way as – for years now, based on the same microeconomic approach – public budgets, which have committed themselves not to incur debts under any circumstances. If, for whatever reason, their income falls, they react by reducing their expenditure. In the case of the state, we call such a reaction procyclical and we now know how dangerous this can be. The logic is exactly the same for private households. You cannot expect them to react counter-cyclically and reduce their savings ratio when incomes fall. Consequently, any reduction or moderation in wages is directly detrimental to employment just as much as a government austerity operation resulting from lower revenues.

The division of society

The division of society resulting from the neoliberal model of the labour market has long been a fact of life, not only in the USA but also in Europe. However, this is not about the “middle class”, about which people (like Joe Biden) are so keen to ramble, but about those who, far below the middle class, try to make ends meet every day. Those who are fobbed off with a ridiculous minimum wage and at the same time see wealth exploding at the top, lay the foundations for division, because in their powerlessness they are left with only the possibility of following charlatans like Trump. The establishment, however, “knows” that their cause is well-intentioned but completely unrealistic.

Olaf Scholz, Germany’s finance minister and the SPD’s candidate for chancellor, you have to imagine, is warning these days of an ever deeper division in society, also in Germany. This is outrageous, because it was his own party’s programme that drove this division and neither Mr Scholz nor his party has ever distanced itself from it. The SPD surrendered completely to the neo-liberal flexibility ideology in the early 2000s under Gerhard Schröder, Wolfgang Clement and Scholz and has not even begun to think about it again. It was flexibility down to company level that was imposed by ignorant social democrats and consolidated with low wages.

Those who do not fundamentally question the labour market ideology are only scratching the surface of the social problem of Western societies. It is no less necessary than genuine populism, a populism that does not push the wishes of the lower classes into a corner, but makes their concerns a central demand in the renewal of the market economy. Joe Biden is as far removed from this as Donald Trump or Barack Obama.

But even those on the left of the political spectrum have a lot of catching up to do. Not only the trade unions, but almost all left-wing parties immediately fall into toleration paralysis when neo-liberal economists take the “necessary flexibility” in industrial relations out of the box. Flexibility simply has positive connotations. Inflexibility is a synonym for rigidity, stubbornness or even obstinacy. How could one refuse to meet the demand for flexibility, when as a human being one is oneself willing to compromise and be flexible at all times?

But that is not how the economic world works. In a market economy, it is all about whether wages or profits are flexible. If wages are flexible, profits are relatively rigid. Those who argue for relatively rigid wages argue for flexible profits. If you turn the question this way, almost everyone understands that a market economy can only function if profits adequately reflect the efforts (and happiness) of companies: in other words, if they are flexible. The fact that the workers are then also taken along and not left behind is a by-product of this arrangement. This means, however, that efficiency and equality complement each other to a considerable extent and are by no means a contradictory pair.

Brave New Europe has become a medium that one does not want to do without. It lives up to its motto and publishes expertise that cannot be found in mainstream media. I support BNE because we need precisely this independence. 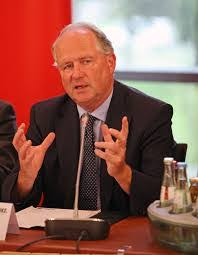 Why is it that in the climate emergency we are fighting our political class every step of the way, and they are fighting the corner of business? Robin McAlpine is the director of the Scottish […]