This may be a snapshot of the situation in England and Wales, but the lack of effective criminal laws for manslaughter against employers when their workers are killed while working are deficient in most EU nations, not to mention judges that tend to be lenient when it concerns a company or corporation. As the authors conclude such laws tend to be purely symbolic. On the other hand, one can say that of so many EU laws concerning corporations.

Jasmine Hebert is a PhD student in Criminology at the University of Ottawa, where she studies the relationship between capitalist notions of sacrifice and corporate violence.

Steve Tombs is Professor of Criminology at The Open University, England and author of Social Protection After the Crisis. 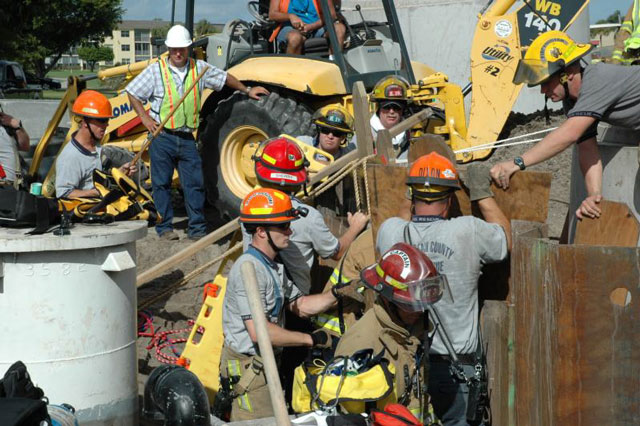 Today, the Sentencing Council publishes new guidelines for how offenders convicted of manslaughter should be sentenced in England and Wales. Its press release states that “Publication today marks the first time that comprehensive guidelines have been drawn up for these very serious and difficult cases, which could range from an unintended death resulting from an assault, to a workplace fatality caused by a negligent employer.”

In the latter context – “a workplace fatality caused by a negligent employer” – it is worth noting that the guidelines come just over ten years since the introduction of the Corporate Manslaughter and Corporate Homicide Act (CMCHAct) 2007, which took effect from April 2008. But even a cursory overview of the implementation of the Act makes it clear that the Sentencing Council’s mention of workplace death is at best a red herring, at worst an ideological con trick, a smoke and mirrors claim that companies which kill are at risk of a corporate manslaughter conviction. The reality is quite different.

It is now well documented that, following a series of high profile, multiple fatality disasters in Britain during the 1980s and the 1990s, egregiously emphasising the inability of the common law of manslaughter to hold large, complexly organised businesses to account for such deaths, a series of legal reform processes and struggles around these were set in train – the eventual result being the Corporate Manslaughter and Corporate Homicide Act (CMCHAct) 2007. This was 13 years in the making. Consistent with the historic reluctance of using criminal law against the powerful, there had been notable resistance against the criminalization of this form of corporate harm, with the path from original suggestions and demands to the enactment of the law full of conflict, controversies, dead ends, and governments succumbing to the voices of powerful anti-regulatory groups.

The key legal innovation of the new law was that it no longer required the identification of specific individuals and their guilt as contributing to work-related death. Instead, a prosecution under the Act requires a failure in the way in which the corporation is organized or managed that amounts “to a gross breach of its duty of care”. This in turn requires evidence that the failure fell “far below what can reasonably be expected” and may include consideration of the “attitudes, policies, and systems of accepted practices” of the organization. When the new law was in deliberation, there had for some time been the possibility that directors could be disqualified and potentially prosecuted alongside a corporation being convicted of manslaughter (Tombs 2017). When these debates first started, there was little reason to believe that an individual should not or could not “be convicted for aiding, abetting, counselling, or procuring an offence of corporate killing”. Significantly, the original consultation documents from the Home Office indicated its willingness to consider holding directors and officers liable under CMCHAct for their role in the corporate killing offence. However, due to the organized lobbying of employers, directors, and organizations, that interpretation was completely reversed.

To date, the law has been sparsely used. As we write, the first ten years of the operation of the CMCHAct has seen just 26 companies successfully prosecuted, with a handful of acquittals.  During the same ten year period, there were 1,528 recorded fatal injuries to workers and 2,736 to members of the public reported to the Health and Safety Executive (HSE) – that is, in the context of 26 convictions and a handful of acquittals, there were 4,264 officially recorded work-related deaths. This is not, of course, to mention the tens of thousands of workers who die each year as a result of workplace exposures, deaths technically covered by the CMCHAct but which seem to represent almost insurmountable evidentiary challenges. Best estimates suggest there are up to 50,000 occupationally-related deaths in the UK every year.

Further, given that the new law was intended to make it easier to prosecute larger and more complex corporations, it has hardly been a success on that criterion. In fact in its first ten years in operation, of the 26 successful prosecutions under the CMCHAct, none has been against a company of the size and complexity that the legislation was intended for – 25 were micro- or small companies and only one was of any significant size, CAV Aerospace, a parent company of some 460 employees and an annual turnover of £73 million, by far and away the largest to be convicted of the offence so far. That said, the facts of the latter case were so egregious, and the evidence of senior management playing a substantial element in the gross breach at issue was so clear, that this looks anomalous on a whole series of counts and does not establish the fitness for purpose of the new law.

Further, and with no little irony, the CMCHAct seems to have facilitated greater impunity from prosecution for individual directors.  Outwith the CMCHAct, and as was the case prior to its passage,  individual directors can be prosecuted for gross negligence manslaughter under common law. If we examine the period prior to the Act, we find that of the eight cases where companies were convicted under the common law of manslaughter, all but one also entailed the convicting of a director of that company for gross negligence manslaughter. Comparatively, in the 26 convictions for corporate killing under the CMCHAct, only four have been accompanied by convictions of a company director for gross negligence manslaughter. Clearly, it is far less likely that an individual director will be charged separately with a criminal offence when the corporation itself is an easy scapegoat. Thus an effect of the new law appears to be an exchange of liability – directors securing immunity from prosecution for themselves by offering up the corporate entity for conviction through a guilty plea.

All of which makes the publication of new Sentencing Guidelines somewhat academic. But there is one more observation to be made. Namely, that even the existing sentencing guidelines are rarely adhered to in the context of a conviction under the Act. The Sentencing Guidelines which originally accompanied the Act stated that ‘punitive and significant fines should be imposed both to deter and to reflect public concern at avoidable loss of life’ with the anticipation that ‘appropriate’ fine would ‘seldom be less than £500,000 and may be measured in millions of pounds’. However, only four of the 26 convictions have attracted a sentence which reached the minimum putative fine of £500,000 (in the cases of Odzil Investments Ltd, CAV Aerospace Ltd, Sterecycle Rotherham Ltd, and Bilston Skips – the last of which was in administration at by the start of its trial).

Given the limited use of this body of law and the fact that fines have failed to reach minimal suggested levels, it is tempting to view the Act as purely symbolic. What remains in the context of health and safety crimes which result in deaths can still be characterised as a sphere of activity which produces significant harm and violence but which is effectively non- or de-criminalized. The Sentencing Guidelines, in such a context, are a virtual complete irrelevance.

It’s the same story over and over again. Where the EU can use its trans-European power for the good of its citizens, it instead chooses to further the interest of corporations. Adrian Bua is a […]

Jonathan Cook – Tearing Down Statues isn’t Vandalism. It’s at the Heart of the Democratic Tradition

There is much discussion in Britain about the removal of a statue of a slave trader standing in the middle of the city of Bristol by the citizens of the city. As always democratic efforts […]

This is such an important topic. Although liberal democracy is basically corrupt, even if democracy functions, with enough money this can be bypassed. Valerio De Stefano is the BOF-ZAP Professor of Labour Law at the […]