The plan is simple. Governments are to give grants and cheap loans to large corporations by borrowing from financial institutes, who will make a handsome profit. Afterwards there is austerity, as the 99% pay for all this. This is not necessary and should never happen. This article deals with the latter aspect. 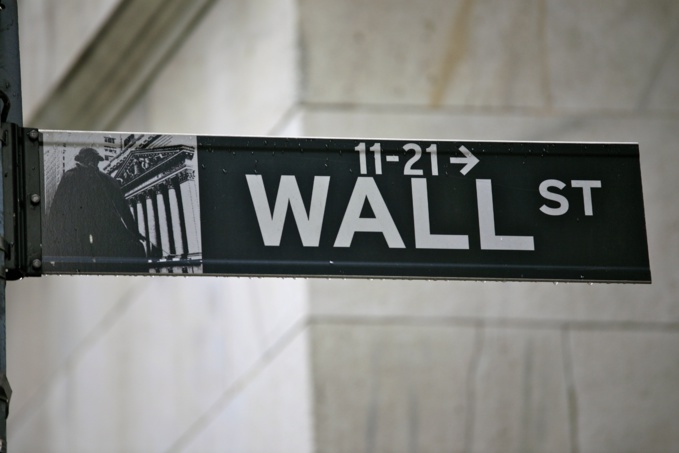 Yes, at last someone has dared to do it, and it has been, as we predicted, the United Kingdom. The British, together with the Bank of England, undoubtedly the best central bank in the world, are going to finance the expenditure derived from the Coronavirus by monetising it, not by issuing new debt. That is why the Treasury has its account at the Central Bank. It will be temporary, I know; it has small print, I also know that; but it is a first step, not insignificant, yet different and very positive. Even during the Great Depression, the UK was the first to abandon the deflationary bias of the gold standard ideology, which allowed it to escape the worst of the Great Depression, although Liberals and Labour did not manage to promote recovery more aggressively. For this we had to wait for Frank Delano Roosevelt’s New Deal. Hopefully, a new Roosevelt will appear on the other side of the Atlantic. No doubt that was Bernie Sanders, but the short-sightedness of the Democratic “establishment”, and the inability of Elizabeth Warren to support him, when she was already finished fighting for the presidency of the United States, prevented this, at least temporarily. If nothing and nobody prevents it, the presidency of the United States will be disputed by two indifferent individuals.

The way to tackle the Covid19 health crisis, from the point of view of economic policy, must be developed in two phases. The first is during the period of confinement, which must and has to be as strict as possible. During this phase, production is stopped and the economy experiences a severe recession of an exogenous nature. Governments must intervene with a massive fiscal stimulus to ensure that citizens can afford the basics – food, housing, medical care, etc. – and that business failures, in turn, are kept to a minimum. There is only one alternative, direct monetisation, which is what free nations with monetary sovereignty should end up doing. On the other hand there is the ECB’s proposal, which, as we have explained, is a tortuous mechanism, but has the same effect as that of a monetary sovereign being able to have an overdraft on its central bank account.

But there is a second phase, right from the moment lockdown ends and we must reanimate the economy. Depending on the magnitude of the economic damage, which is proportional to the mental and ideological induced limitations of the monetary and economic authorities, a plan for reactivation will be needed. A massive Green New Deal is needed. Proposals such as those flying about in Europe are grotesque in that they mobilise a ridiculously small amount of resources, and are based on market mechanisms. At the time we detailed Bernie Sanders’ proposal, linked to Modern Monetary Theory and the Job Guarantee. It can only be implemented by the state. It was done in the past with Franklin Delano Roosevelt and it was successful. For several years we have mistakenly believed that a plausibly effective way to cure the world of its addiction to low interest rates would be a significant, globally synchronized fiscal stimulus. Let’s hope so!

Modern Monetary Theory cannot be applied in any environment

As the United Kingdom announced that part of the Coronavirus spending would be monetised, various media outlets aggressively cited Zimbabwe, Venezuela, or the Weimar Republic. Again, the media of mass disinformation went into high gear.

The ideas of Modern Monetary Theory (MMT) cannot be applied in any environment. Only nations with monetary sovereignty, floating exchange rates, and sovereign debt issuance in local currency can apply the recommendations of MMT. Neither Zimbabwe, Venezuela, nor the Weimar Republic are examples of MMT, because under the environments in which their economies were operating, the MMT’s economic policy recommendations could not be implemented, in addition to having a completely destroyed productive base. But after the break-up of Bretton Woods in 1971, governments issuing their own currencies, under floating exchange rates and issuing sovereign debt in local currency, no longer have to finance their spending, as governments issuing currency can never run out of money. Simple, isn’t it? In short, the taxpayers, under MMT environment, do not finance anything. To deal with certain hoaxes, spread by those who offer us potions and recipes loaded with toxic ingredients, I recommend reading the first MMT macroeconomics textbook, “Macroeconomics” by William Mitchell, Randall Wray and Martin Watts, published by Macmillan International.

Many of the negative articles I’ve read about MMT employ a crude method, trying to incorrectly portray it to discredit it, without even understanding the essential elements of the theory. Let’s look at them succinctly. The first, fundamental, is that money is a creation of the state. Money is indeed a promissory note (IOU). Anyone can issue money; the problem is getting it accepted. The ability to impose taxes (or other obligations) makes a country’s “money” valuable for this purpose.

Second, understanding the monetary environment is vital. The monetary regime under which a country operates is important. Any country that issues debt only in its own currency and has a floating exchange rate is monetarily sovereign. A monetarily sovereign government can never go bankrupt, i.e. the United States, Japan, the United Kingdom, Sweden, Switzerland, Denmark, Canada, New Zealand, Iceland… but not the Eurozone or most emerging markets.

An operational description of the monetary system is essential. Understanding that bank loans create deposits (which in turn create reserves, i.e., money endogenously) is a much more realistic starting point than the general view that it is bank deposits that create loans. For example, knowing that government spending creates reserves and lowers interest rates is vital to understanding the bond market in Japan. We have strongly recommended the Bank of England’s analysis in this regard.

Fiscal policy is much more powerful than monetary policy. Fiscal policy should be geared towards generating full employment while keeping inflation low (rather than, for example, achieving a balanced budget). A Job Guarantee scheme is an example of a useful policy option for this outcome in the eyes of MMT. We have already detailed the Job Guarantee alternative in several blogs.

The limits an economy faces are real resources and ecological limits. If any sector of the economy pushes it beyond the limits of capacity, then inflation will occur. Inflation is not a monetary phenomenon. The limits that matter are real – people, machines, factories – not “financing” restrictions.

Macro accounting (in the style of Wynne Godley’s Sectoral Balance Sheets) tells us the truth. One sector’s debt is another sector’s asset. Therefore, government debt is the asset of the private sector. Understanding how one sector relates to another using a sectoral balance framework is very useful, as is understanding the Levy-Kalecki profit equation, or the way reserves work in a financial system. Accounting is not glamorous, but debt sector identities help to detect unsustainable situations.

Compared to MMT, the criticism of the those belonging to the neo-classical economics herd is characterized by its tendency to examine very few alternatives; its lack of critical evaluation of others’ ideas; its high degree of selectivity in gathering information (manipulation); its “rationalisation” of bad economic decisions; its illusion of invulnerability, shared morality and unanimity. The fact that in some cases they do not even bother to read – let alone understand – the elements of MMT, along with the insults, suggests that these economists act as hooligans defending a broken orthodoxy, and not as academics. It is better to evaluate an idea on its merits.

Pamela Anderson – Yellow Vests and I

Pamela Anderson has put together a brilliant piece. It is conspicuous that no politician is capable of writing an article like this. It says a lot about the European political class. Pamela Anderson is a […]

Claims that digital giants have eroded privacy are widespread. But are they encroaching on our freedom too? Philip Pettit is Professor of Politics and Human Values at Princeton and Distinguished University Professor of Philosophy at […]

As of July 2017, the Bank of England measured the stock of private debt held by individuals at £1.548 trillion; making household sector indebtedness one of the biggest problems facing the United Kingdom’s economy and […]