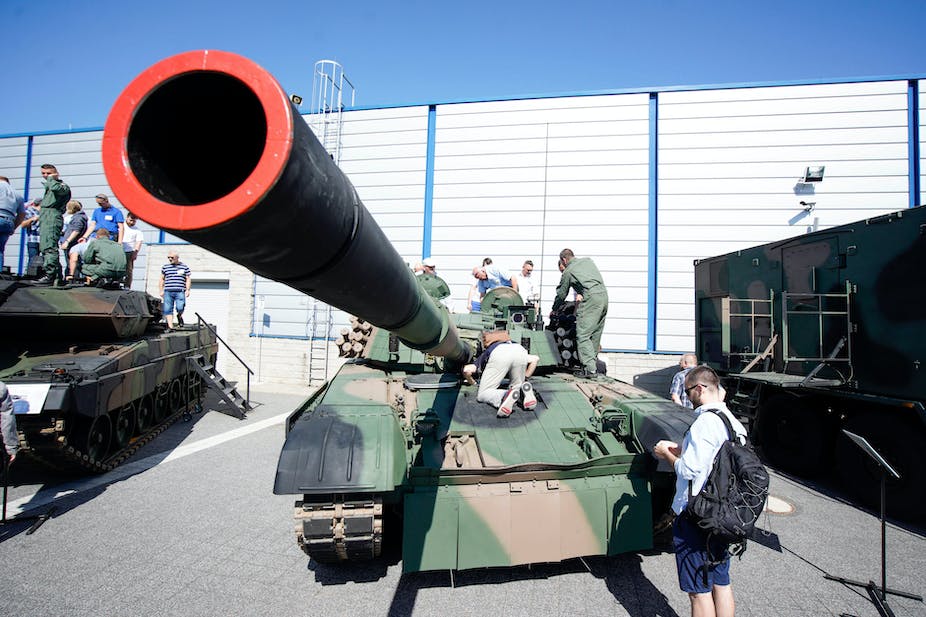 As the war in Ukraine rages, finance professionals on Wall Street and in Europe recently attracted outrage by suggesting that investing in arms manufacturers should be treated as ethical investing. In the fight against tyranny, they argued that such an investment “preserves peace and global stability” and defends “the values of liberal democracies”. As such, it belongs in the increasingly lucrative investment category known as ESG or environmental, social and governance.

ESG is viewed as a kitemark for socially conscious investing. If you tick a box that says you want your pension or savings to be invested ethically, whoever looks after your money will put it into ESG funds – meaning funds that hold only companies with an ESG rating.

Unfortunately, the label is not currently worth the paper that it’s written on – and not only because of the controversy over defence contractors. My recent research shows that this completely undermines ESG’s potential as a force for good. As we shall see, however, regulators are at least making moves in the right direction.

ESG investing conjures up ideas of companies devoted to a fairer and more sustainable world. You imagine them reducing carbon emissions and water usage, creating good jobs with equal pay and opportunity, or ensuring that they are well managed and accountable to shareholders, employees and customers.

From a standing start around a decade ago, Bloomberg reckons that US$41 trillion (£31 trillion) of financial assets under management will carry the ESG label by the end of 2022. This is projected to rise to US$53 trillion by 2025, or one-third of all the assets under management in the world – an incredible statistic. Yet the more closely you look at what ESG means, the harder it is to get clear answers.

Companies are scored on their ESG performance by a host of ratings agencies, the biggest of which are MSCI and Refinitiv, both headquartered in New York, and Amsterdam-based Sustainalytics. These agencies produce opaque scores using differing methodologies. Scores aggregate hundreds of inputs that mask often inconsistent and incomplete data provided by the company being rated. There is no standardisation across the industry, and no regulation of the ratings.

Equally troubling is the way that fund managers assemble the ESG funds that they offer to financial advisers and amateurs as investment opportunities. Any fund can be labelled ESG so long as the fund manager has taken ESG factors into account, but some funds turn out to be much more ethical than others.

There are broadly three types of funds. The ones likely to be the most ethical have sustainable investment or a reduction in carbon emissions as their objective. Then there are those that exclude whole sectors such as tobacco or the aforementioned weapons manufacturers. You know you’re definitely not getting exposure to whatever is excluded, but the logic behind what is included might be harder to discern.

The third category is funds that have been relabelled as ESG. According to investment research firm Morningstar (which owns Sustainalytics), 536 funds across Europe were relabelled in this way in 2021, double the number that were relabelled similarly 2020, so we’re talking about a huge chunk of the industry. Many funds have higher fees than non-ESG funds, which suggests that this is one attraction of relabelling.

There is also a fundamental issue with what ESG scores mean. For example, recent research found that tens of leading banks including Wells Fargo, Citi and Morgan Stanley were awarded higher ESG scores despite increasing their lending and investments in fossil fuel companies.

This was possible because ratings agencies are solely concerned with assessing the external environmental, social and governance risks to a company’s ability to generate cash flow and profits in future (known as “materiality”). They are not concerned – contrary to what most people probably assume – with the risks that the company poses to the environment or society. So when the ratings agencies increased the ESG scores of those leading banks, they were simply saying that the environmental and social risks to profits were lower than previously.

Were weapons manufacturers to be considered ESG, you could apply similar logic: the Ukraine war has reduced the risks that these companies will be hit by a peaceful period in which they don’t sell much hardware, so arguably their ESG score should rise. The only reason this is not happening is because the defence sector gets excluded from ESG funds for not being considered ethical per se. Sector exclusions are arguably the only ethical judgement in this entire business.

ESG ratings agencies have also been using artificial intelligence and machine learning to make scoring even more unhelpful. They scan the internet for company ESG disclosure statements and public sentiment about company activities on social media, and feed this data into algorithms that often increase the ESG scores of the companies in question.

The problem is that ESG disclosures are usually just marketing documents. Unlike company financial reports, there is no legal requirement for them to be assured by certified public accountants. Companies can cherry-pick positive facts and ignore whatever they don’t want us to see. The entire US$41 trillion of stocks with ESG ratings is being coloured in this way. My research terms this the “ESG echo effect”. It means that the more a company markets its ESG disclosures, the better its ESG ratings are likely to be.

Hope for the future

So what are the regulators doing? New EU rules introduced in 2018 make ESG reporting more meaningful by requiring large listed companies to report on a series of metrics annually alongside their financial reporting. They have to not only weigh the external risks to their profits and cash flow, but also the ways in which their activities threaten environment and society (including both types of risks is known as “double materiality”). From April 6, large UK-listed companies must meet similar requirements (though only for climate issues initially).

The US has also just published proposals requiring company ESG disclosures, but only for climate-related risk and there’s no double materiality requirement. The Chinese appear to have taken a similar approach in new rules introduced in February.

The EU also introduced rules in 2021 requiring fund managers to define and label ESG funds in specific ways for the first time. This is a massive shift which gives investors much more clarity over what they’re putting their money into. Meanwhile, the EU and China have published proposals for international standards
for defining green investments and guiding investments towards sustainable projects across six industrial sectors, with a focus on mitigating the climate crisis.

Overall, progress is promising but it’s still patchy. Many parts of the world still need to get on board with requiring companies to do a double materiality analysis. Small and medium businesses everywhere need disclosure requirements, albeit with a lighter reporting requirement than bigger companies (just like with financial reports). Disclosures need to be assured by certified public accountants – even in the EU this is still voluntary. And ESG ratings agencies must be regulated: they have broadly been ignored by regulators to date.

The point is that there’s a huge business opportunity in sustainable business. But if ESG is to live up to its potential, we’re still a long way from making it meaningful.

A Group of Portuguese Economists – Corona: The European Union and Democracy must Deliver

The COVID-19 pandemic is an extreme event that threatens the health and economic well-being of populations across the globe. This manifesto from a group of Portuguese economists calls for urgent action from the EU to […]

Maybe we shall look back on globalisation as we do the League of Nations, but it was nation states, albeit in alliance, that stopped the Germans and Japanese. Globalisation (and remember when the internet was […]