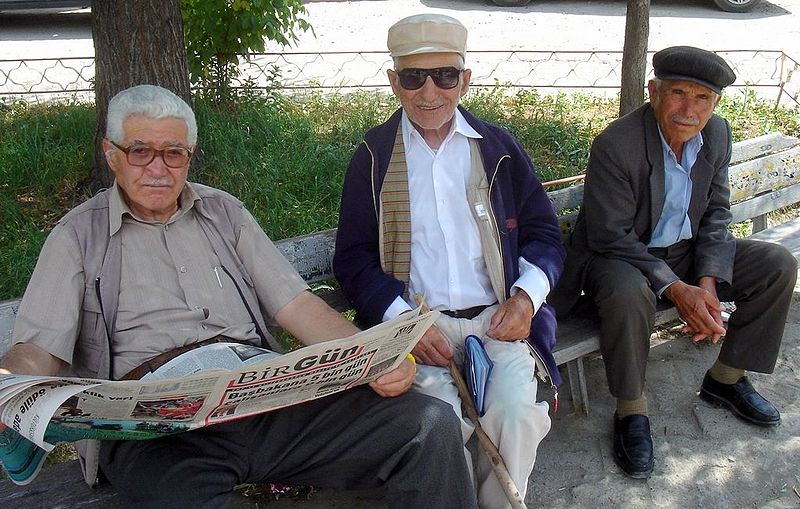 There has been a huge exodus of Ukrainians into neighbouring countries fleeing the war in their country- three million and counting.  Just as in Syria and in other countries engulfed by war, there has been a refugee disaster.

But this latest exodus from Ukraine adds to the millions who have already left in the last 30 years. Even before the Ukraine-Russia conflict, there was a rising demographic deficit in Ukraine and most of Eastern Europe, including Russia.  Eastern Europe’s population has been shrinking like no other regional population in modern history.

Many war ridden countries like Syria have suffered significant population loss but a population drop throughout a whole region and over decades has never been observed in the world since the 1950s.  The UN estimates that there are about 292 million people in Eastern Europe, and that’s 18 million less than in the early 1990s, or more than the population of the Netherlands disappearing from the region.

The population of Eastern Europe has been shrinking since the collapse of the Soviet Union in the early 1990s.  Why? Mainly because many people in the Baltic states, Bulgaria, Romania, Ukraine and other states bordering Russia have emigrated towards the ‘West’, into the European Union.  They have done so in order to get work and a more prosperous life.

At least eleven countries have shrunk by more than 10% in terms of their population size since 1989, including Bulgaria, Romania and Ukraine. Latvia has lost over a quarter of its population (27%), Lithuania 23% and Bosnia and Herzegovina 21%. The Bulgarian population contracted from 9 million in 1989 to 7.1 million in 2017.

Looking forwards, the top ten countries with the fastest shrinking populations are all in Eastern Europe according to UN projections. Bulgaria, Latvia, Moldova, Ukraine, Croatia, Lithuania, Romania, Serbia, Poland, Hungary, are estimated to see their population shrink by 15% or more by 2050.  For Ukraine, that forecast will now be increased.

Emigration has been the safety valve for very weak capitalist economies, which otherwise could not deliver employment or better living conditions.  Indeed, the main reason that per capita income has risen in these weak economies in the 21st century is through a reduction in the number of people living there.

Emigration is a traditional solution for weak capitalist economies often driven into poverty by imperialism.  Such was the case for Ireland for over 150 years: whenever the economy slumped, Irish people emigrated.  Similarly, Italians, Greeks, Portuguese and Spanish emigrated in the post-1945 period.  And in the euro-debt crisis of 2012-15, emigration in all these EU countries saw sharp rises in emigration to the richer northern EU economies – about one million moved from south to north.

On the flipside, any growth in Europe’s population was largely as a result of immigration). While the number of births and deaths were equal at 5.1 million each, net migration boosted the population by 1.5 million to 511.8 million.   But emigration will not be enough to reverse the decline in population in the ageing economies of northern Europe like Germany, as I have shown before in a previous post.

And that is even more the case for southern Europe. According to the UN, Portugal, Italy, Greece, and Spain will all see their working age populations decline by more than 25% These four countries are all in the top six globally on this measure, behind only South Korea and Japan. All four countries will see more dependents than working age people by 2050.

Economies grow in GDP terms if employment rises and/or the productivity per worker rises.  Most advanced capitalist economies are facing a fall in the working-age population and employment, but that is compensated by a rise in productivity per worker to achieve at least some real GDP growth.  Increased productivity depends on rising productive investment per worker.  Eastern Europe faces a demographic deficit ie a fall in its productive workforce more than any other region in the world.  Can capitalism in that region deliver faster growth in the productivity of labour to compensate over the next decade or so?  If not, the poorer parts of the region to the west of Ukraine will offer no economic security for Ukrainians now fleeing their homeland.

There is going to have to be a democratic solution to the conflict surrounding Catalan independence. Spanish state terror, tolerated by the EU, is surely not the answer. Carlos Garcia Hernández is managing director of […]

The latest shocking news about Gulf Stream instability reinforces the idea that we need to be more alarmist – not less Bill McGuire is Professor Emeritus of Geophysical & Climate Hazards at UCL, and a co-director […]

There are a number of interesting points in this piece. If you are not familiar with the Branko’s book, “Capitalism, Alone”, here is our review of it. The translations from French are by BRAVE NEW […]