Europe has to mobilise to stop climate change. That is its greatest threat. 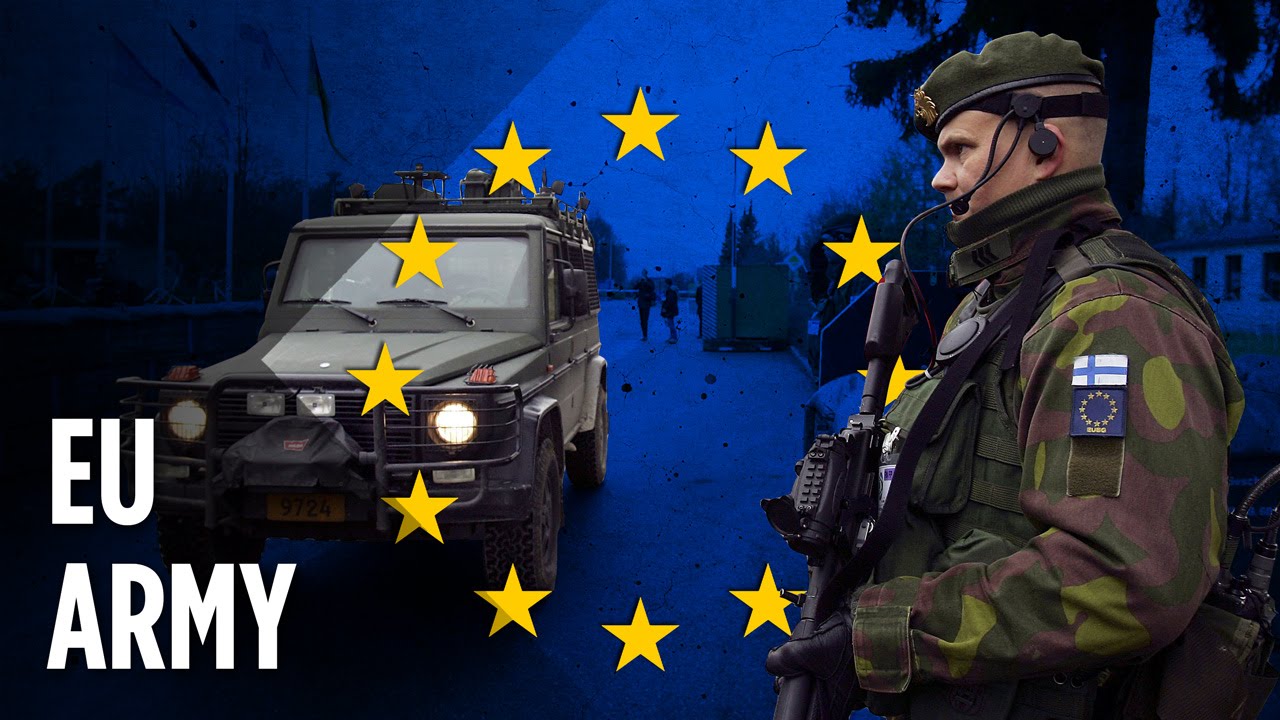 Even today, despite the sanctions imposed against Russia, every day, Europeans are still paying Putin $285 million for oil alone (a similar amount is paid for gas). In exchange, he sends his fossil fluids through metal veins that end in machines that heat our homes and run our factories. We continued paying even though he flattened Chechnya’s Grozny (2000) and dropped cluster bombs on Aleppo’s hospitals (2016). We even increased our dependency.

EU leaders now want to address their dependency on Russia – but only in 2027. Many agree, that continuing to fund for another half decade the army that is bombing Ukrainians is not enough. Ironically, some leaders praise Zelensky for what they lack: courage.

Here’s what courage could look like: The IPCC established that we have a carbon budget. Take aviation. A ban on short haul flights, 100.000 of which, during this winter, were allowed to fly with a total of zero passengers, would result in a drop of Europe’s demand for Russian crude oil by two billion euro. To address that 1% of aviation passengers emit 50% of all aviation emissions, a carbon credit card could provide fair but limited access to air travel.

The price of not going to rehab and sticking with our fossil fuel addiction ranges from paying Putin to bomb Ukraine to suffering from meteorological water bombs like the one that caused historic flooding on the Belgium-Germany border in 2021.

Doubling down on the Green Deal

The EU vs Russia is like a ping-pong game where we try with a better pallet of policy options but Putin has unilaterally changed the game and is playing with basketballs. We face a judo black belt who wages war against the fossil fuel junkies who nonetheless continue paying him. But we can turn the tables.

First, we must have the guts to admit that we are at war with nature. There are 1000s of frontlines of environmental conflicts, we are in desperate need of phasing out fossil fuels and drastically reducing energy demand. Europa already showed that we can ration and share the remaining butter during WW2. Maybe we can fairly share the last remaining oil too?

The truth is that our motivation to turn down the heat at home is inversely correlated to growing carbon inequality. Scientists warn us of the extreme impact of extreme affluence. Bezos, Musk and Branson compete to open a space tourism industry that will emit 100 times more than aviation, effectively pouring oil on the flames. Thanks to a series of leaks from investigative journalists, we know where our oligarchs hide their money too. Like in Russia, we have our own oligarch problem. We also have a lobby problem. Since 2010, only five oil and gas groups have spent over aquarter of a billion euro to buy influence in the EU.

Here’s the trap: we merely swap one fossil fuel dealer for another. Our Saudi dealer is bombing Yemen and executing people at home. Fracked US gas is even more climate-wrecking than Russian gas and resistance to the fracking frenzy from the US to Romania continues. ‘Big Oil’ wants to dig more, but what we really need is to break our addiction and leave our comfort zones.

Dear European leaders: get out of your comfort zone

Here are six things that courageous EU leaders could do, right now, in the war on fossil fuels.

1: Stop calling gas ‘green’. The proposed taxonomy is a toxic 30-year subscription plan from fossil fuel dealers. The European Parliament must reject the ‘bridge to nowhere fuel’ and withdraw both gas and nuclear from the taxonomy.

2: End the Energy Charter Treaty. This old, little known fossil fuel lock-in handcuffs us. The fossil fuel industry is suing us for tens of billions for harming their potential future profits. End it now.

4: Enter the energy market. “The energy markets are no longer functioning” says even the liberal Prime Minister of Belgium. Like in 2008, we can enter the market and help with the exit of gas and oil from the market. The Global Oil & Gas Exit list has a list on where to best start.

5: Ban the bad. From SUV gas guzzlers to massive cruise ships and short-haul flights: we can ban them, to end excessive and unnecessary energy demand.

6. Commit to a transformative Fit-for-55 climate package: Ensure the negotiations now reflect the fundamental recognition that EU energy independence from fossil fuels is essential for both climate and democracy – and go beyond a -55% reduction.

This is a time to strengthen the European Green Deal and invest in the transition as if our lives depend on it.

Beyond Neoliberalism, towards wellbeing

“There are decades where nothing happens; and there are weeks where decades happen.”, to quote Lenin. This is true on so many fronts today. Even the fiscal rules we still abide by are under review. They are from 1992, from the era of 10% interest on a bank account.

Transforming the prevailing political-economic paradigm takes persistence and political courage. When COVID-19 came to Europe, states nationalised major companies. Now, the energy sector needs a reverse shock therapy. The EU needs to show leadership and ensure that support can be provided to those who would be more affected by these changes. We need to strive for a well-being economy where people and nature can thrive together, within the planetary limitations that we face today.

We need a beyond-neoliberalism mindset, so we can seize this turning point in history. We have been privatising, outsourcing to dubious dealers and betting on global markets for too long. The focus on short-term private profits over long-term needs for society is making the failure list huge: climate change, extinction, zoonoses, inequality, pollution, health, energy, and the list goes on.

We have to decide where we want to go now that painting the capitalist tanker green does not work: do we double down on our denial or leap towards a well-being economy for all? The EEB and Oxfam Germany have explained how to break up existing exploitative structures, democratise the economy, reduce inequality, break free from the perceived need for continual growth, and reduce material use. All this is down to political choice.The fence is on fire, so let’s stop sitting on it and let’s leap from fear to hope.

Richard Murphy – Doctors are suggesting our politicians might be committing social murder and the press does not notice. How does that happen?

This is a topic that has been meticulously avoided by corporate media and has been kept out of the public discourse: responsibility of governments for hundreds of thousands of unnecessary deaths. Richard Murphy is a […]

David Hearst – Ukraine and Palestine: How the West embraces one resistance but demonises another

Ukraine’s defiance in the face of Putin’s aggression has been dubbed heroic, so why doesn’t the Palestinian resistance get the same treatment? David Hearst is co-founder and editor-in-chief of Middle East Eye. He is a […]