While EU politicians are slapping themselves on the back for their Fit For 55 programme, anyone who knows anything about the EU realises that this is just posturing and the programme will be watered down (further). As GretaThunberg tweeted: “So it’s official. Unless the EU tear up their new #Fitfor55 package, the world will not stand a chance of staying below 1,5°C of global heating. That’s not an opinion, once you include the full picture it’s a scientific fact. #MindTheGap between words and action.” Peter Mock looks at some of the aspects where trouble can be expected in the vehicle sector. 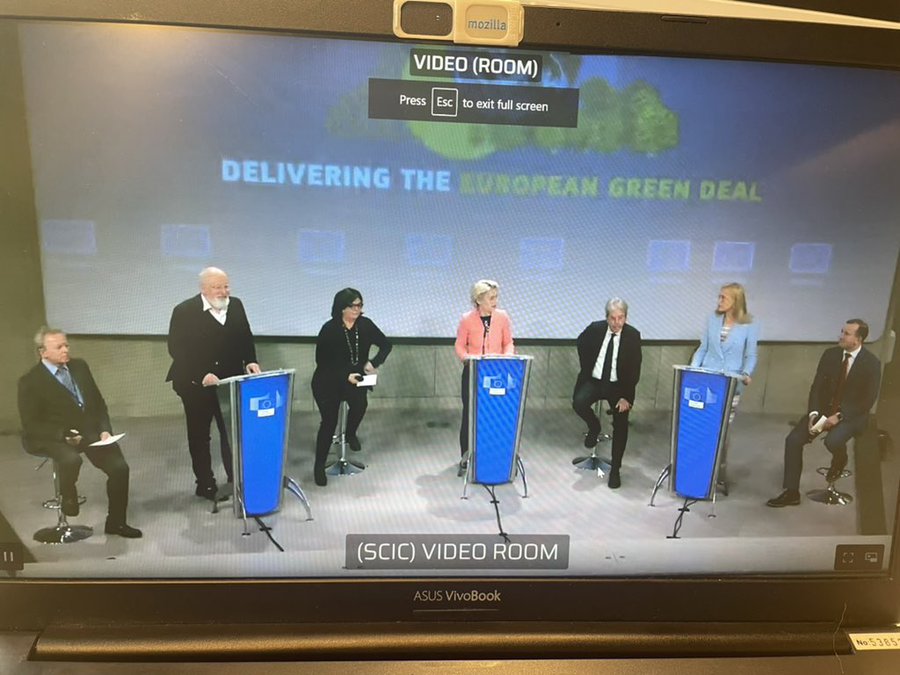 When the President of the European Commission, Ursula von der Leyen, appeared before the press July 14 to announce the “Fit for 55” proposal, beaming with pride, she was joined by a whole troop of her highest-ranking officials. Among them was Vice-President Frans Timmermans, the lead for the European Green Deal, the European Union’s major effort to achieve economy-wide net-zero greenhouse gas emissions by 2050.

Road transport accounts for about 20% of greenhouse gas emissions in the EU and is regarded as a particular challenge because emissions in this sector have increased rather than decreased in past years. The CO2 target values for new passenger cars and vans that are binding for manufacturers are, therefore, of particular importance. Current regulations require a reduction of 37.5% for new passenger cars by 2030 and 31% for new vans, both relative to the 2020/21 base year.

In advance of the European Commission’s announcement, the rumors were flying. On social media, many were convinced that the 2030 target value for new vehicles would be set at -50%, and a few days ago even a target value of -60% was circulating. Ultimately, the policy proposal presented by Vice-President Timmerman sets a CO2 target value of -55% for passenger cars and -50% for vans by 2030. However, our recent research shows that a reduction of at least 70% by 2030 is required if there is a chance of meeting the economy-wide goals. So, this is clearly an area where the European Commission gave in to some extent—which is not a surprise given the massive lobbying of some EU member states and by parts of the industry.

Meanwhile, Vice-President Timmermans can claim a last-minute victory in another area. The regulatory proposal includes a new CO2 target value for new vehicles by 2035. From that year onward, manufacturers must ensure a 100% reduction in CO2 for their new vehicle fleets. In plain language, this corresponds to a phase out of new combustion engine vehicles in Europe by 2035. This was a controversial measure, with the French government among those lobbying for a later phase-out by 2040. In the end, the vehicle manufacturers themselves assisted with the decision, as President Ursula von der Leyen hinted during the press conference. This is because over the past weeks and months, a number of manufacturers voluntarily announced a phase-out of the sales of new combustion engine vehicles in Europe, among them Audi (by 2033), Fiat (2030), Ford (2030), Opel (2028), and Volvo (2030).

Measures missing from the regulatory proposal are also worth noting. For instance, the European Commission did not dare touch the current 2025 CO2 target—that value remains at -15% for new vehicles. In addition, transitioning from the current five-year target steps to annual target values, in the end, seemed too sensitive for Timmermans and his team. This decision is particularly problematic because manufacturers could delay a further modernization of their vehicle fleet until the late 2020s. Meeting the 2025 CO2 target value is doable with relatively few electric vehicles. A sudden shift in vehicle production and marketing in the months before the introduction of the new target values in 2030 could then eventually be sufficient to avoid penalty payments—a tactic that the European car industry already applied around the model year 2019/20.

Furthermore, vehicle manufacturers will continue to benefit from compliance credits for zero- and low-emission vehicles, which can include plug-in hybrid vehicles that often have much greater emissions during real-world driving than according to the official values. Only from 2030 onwards will the European Commission phase out these credits. In the meantime, vehicle manufacturers can soften up their respective CO2 targets thanks to these generous credits by up to five percentages.

Finally, while it is encouraging that the European Commission policy proposal continues to set a stronger emphasis on the real-world instead of the official type-approval CO2 values of new vehicles, the text is remarkably vague regarding the details. To date, it remains unclear whether the European Commission will report the divergence of real-world and official values differentiated by manufacturer and model or just aggregated statistics for the entire automotive industry.

All in all, Vice President Timmermans came forward with a solid regulatory proposal. Of course, it is a political compromise. From a climate protection perspective, the proposal does not go far enough. Even with the -55% target for new passenger cars by 2030 and a phase-out of new combustion engine vehicles by 2035, the transport sector will miss the EU climate protection targets for 2030 by a wide margin. But at least the climate protection for 2050 is in reach and, as a result, a more livable future for us and our children.

The goal is clear and with today’s regulatory proposal, figuratively, Timmermans has put on his workout clothes and has calibrated the sports equipment, i.e., the political instruments needed. Now it is up to the EU Member States to act. Unfortunately, some have proven themselves to be real climate protection sluggards who prefer to keep shoveling in CO2 cakes and candy instead of actively participating in the fitness program imposed by the European Commission.

The Alternative Fuels Infrastructure Directive (AFID), part of the Fit for 55 proposal package, could give us an indication of how successful the Commission will be in pushing the Member States into action. The Directive states that, from 2025 onwards, there shall be a fast charge point for battery electric vehicles available at least every 60 kilometers on highways and major roads across Europe, and at least every 150 kilometers there shall be a hydrogen station for fuel cell vehicles. Such a dense infrastructure is urgently necessary to ease customers’ range anxiety and to incentivize sales of electric vehicles. However, like with the entire Fit for 55 proposal, the responsibility for this infrastructure is in the hands of the EU member states. And, during the last regulatory round a few years ago, the member states ensured that all requirements from the AFID ended up as non-binding recommendations.

The experience with the AFID is not a good starting point for the negotiations between European Commission, European Parliament and the EU member states in the coming months that will decide the final details of the Fit For 55 climate package. When it comes to providing the infrastructure necessary for the widespread adoption of battery and fuel cell electric vehicles needed to decarbonize the transport sector, one hopes that member states finally jump through the hoops and take responsibility.

Jeremy Corbyn: It’s Not Enough to Resist – We Have to Build, Too

There is a lot of corporate greed, corrupt politicians, and lying mainstream media between today and a true spring. Jeremy Corbyn is a member of the UK Parliament, former leader of the UK Labour Party […]

Meanwhile, the EU’s institutional barriers to long-term reform remain formidable. Marshall Auerback is a market analyst and commentator This article was produced by Economy for All, a project of the Independent Media Institute Until March […]